Gossip Girl was an American drama television series initially featured in The CW. Now it’s available on Netflix. The six-season series concluded on December 17, 2012, with a total of 121 episodes.

Fast forward to 8 years later, in 2020, the original executive producers of Gossip Girl shared their plans for the Gossip Girl Reboot series.

Gossip Girl is a teen drama series initially released on 19 September 2007. The show was a sucker for teenagers and especially girls. Everyone loved to binged through Gossip Girl. Due to the shows’ immense success, it has three spin-off shows as well.

The show is based on a book series written by Cecily von Ziegesar of the same name. The series created by Josh Schwartz and Stephanie Savage originally ran on The CW for six entire seasons. Now it’s available for streaming on Netflix as well.

The show is about privileged teens living in the Upper East Side of New York. The hyper privileged group of students living in Manhattan seems to get away with everything. Except when a secret blogger starts to capture their life and watch their every single move.

All the Gossip Girl fans, take a deep breath because your favorite show is getting a reboot! The hit show of the 2000s reboot was confirmed last summer, but it’s now that we are getting the details and feeling like it’s happening.

With the reboot, fans of the Upper East Siders Gossip Girl have a lot to ask. Is the original cast coming back, or is it an entirely new version based on the previous show? Can anyone be as dramatic and over the top as our iconic Blaire Waldorf ever was?

Where Will The Reboot Launch?

The reboot of Gossip Girl will be streaming on HBO Max. It’ll have ten episodes each with 1 hour. We do not know how the platform plans to release the episodes, whether in one go or week by week. However, it is we can not wait to watch.

Unfortunately, there is no confirmation regarding the date. However, when the announcement was made official, we were expecting to see a little glimpse of Gossip Girl Reboot via its official trailer. However, now, even that can’t happen.

The showrunners decided because of the present COVID-19 situation in the United States. Now, it’s shooting is likely to begin in mid-2021. So, if you’re eagerly waiting for Gossip Girl Reboot to drop right out of the sky, you need to wait for 1-2 years.

What Is The Storyline Of The Reboot?

We do not have a clear idea about the shows going to be, but there’s an official synopsis for the plot.

“Eight years after the original website went dark, a new generation of New York private school teens are introduced to the social surveillance of Gossip Girl. The iconic series will address just how much social media — and the landscape of New York has changed in the intervening years.”

We do miss those old Gossip Girl days but thank god there’s a reboot to the show. We hope that it meets our expectations as the previous one was one hell of a show.

The reboot will also explore many teens from a private school driven by money and knowing that they’re privileged. It’ll be showing us a new bunch of new generation rich and famous and dramatic school teens. Can Gossip Girl ever get older? Hell no! We can’t wait for the reboot to launch and hit screens.

Can someone ever replace Blaire Waldorf? For a Gossip Girl fan, the clear cut answer will be no? But we hope to see some fantastic cast out there in the show who might as well live up to the previous cast members.

HBO Max found their star in Code Black actress Emily Alyn Lind. She’ll be portraying Audrey. The character’s description says that she’s been in a long term relationship and is wondering what more could be out there.

Along with Lind, the new cast will be completed with Whitney Peak, Eli Brown, Johnathan Fernandez, and Jason Gotay. The cast seems exciting and surprising, so we are all the more excited.

The cast of HBO Max's #GossipGirl update is starting to take shape https://t.co/6ULTtZdYnU

Fans have been wondering if the previous actors would play some parts since it’s a reboot. But there’s no news regarding it, and since it’s a “new generation” series, we do not know how the old cast would fit into the story.

COVID-19 pandemic has halted the production of countless tv series, anime shows. Now, as for Gossip Girl, you might not see it on HBO MAX until Fall 2021 or early 2022.

That’s all for now. What are your thoughts on this delay? Let me know in the comments section given below. 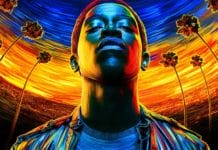