“Good Omens” is a fantasy comedy series. It was created and written by Neil Gaiman. The series is an adaptation of Sir Terry Pratchett’s and Neil Gaiman’s 1990s novel. The show was meant to be a limited series at first. Good Omens: Season 2 will be a must watch!

Over two years after the program’s premiere, the show has announced a surprising second season on Twitter, with the show’s official account posting a poster with the message “What have our favorite angel and demon gotten into this time? #GoodOmens is returning for Season 2.”

The narrative was told from start to finish. It starred a demon and an angel who tried everything they could to stop the apocalypse.

The series covers the original novel in its entirety, and fans will be venturing into unknown terrain with this series. However, the positive response to the first series’ plot and the flawless performances of Michael Sheen and David Tennant have no doubt contributed to Amazon’s drive for a second season as well.

Here’s all we know about season two of “Good Omens.”

There is no teaser for the next season yet, but Amazon has published a poster of Aziraphale and Crowley walking together. The two are in the middle of a bustling street, with the caption “Good Omens 2” above them.

Once filming is finished and post-production begins, a trailer should be released. More details about season two will be disclosed during 2021, and a teaser will be released in 2022.

There is a chance that Amazon will release a teaser trailer sooner than expected, but fans will have to wait and see.

If you are looking for something superhero related then check out Wolverine 3! 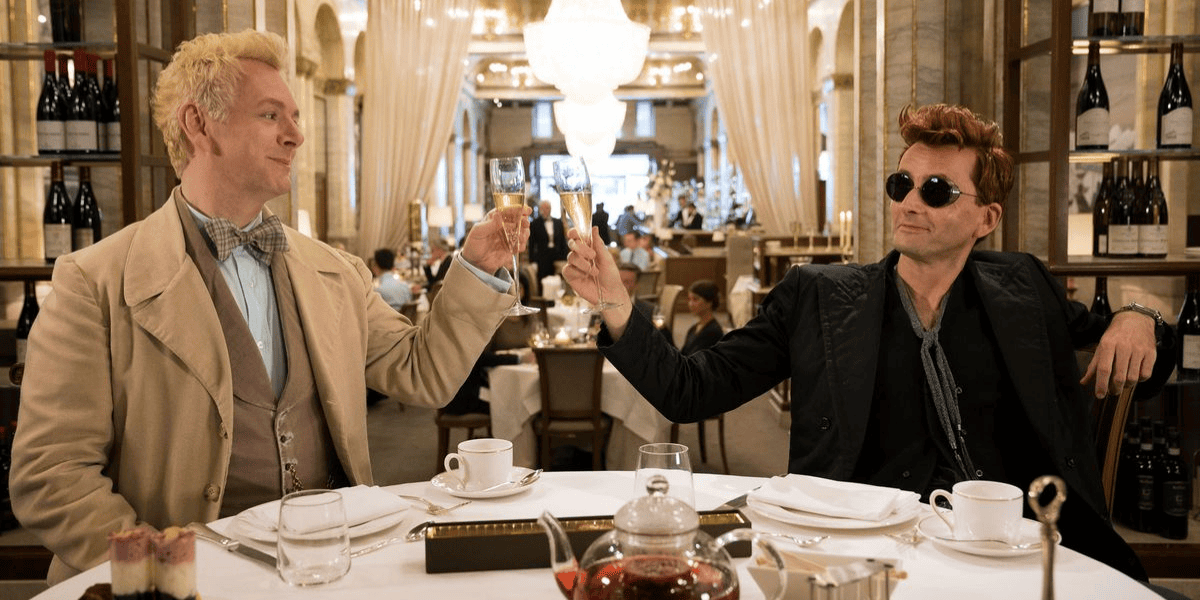 Although the sequel to “Good Omens” was never formally released, Gaiman and Pratchett developed it over the phone after a fantasy convention. Other books and projects hindered its completion, although Neil had this tale in mind when filming the first season.

Season 2 will focus on “solving a riddle that begins with one of the angels walking through a Soho street market with no recollection of who they may be, on their way to Aziraphale’s bookshop,” according to Gaiman.

As a result, we’ll most certainly be delving into a significant story point involving Heaven and the angels, with Crowley and Aziraphale heading the inquiry. The author is likewise excited to see this partnership back on the big screen; the couple has become something legendary on the internet in recent years.

While we’ll be back in Soho, the author also disclosed that sets are created in Scotland. We’re not sure why or where this is happening, but it’s certainly a change of scenery for the performance.

If you are looking for something really funny then check out Top 10 Comedy Movies!

Although Amazon has not officially announced the cast, Michael Sheen and David Tennant are widely expected to reprise their roles as angel Aziraphale and demon Crowley.

The else who is expected to return in the “Good Omens: Season 2” include:

Neil Gaiman will return to write the script behind the scenes. He revealed in a blog post that he has brought on board John Finnemore to assist him — Finnemore has previously worked on several comedies for BBC Four.

Douglas Mackinnon will also be returning to help oversee the show – we assume in a directing role.

If you are looking for something thrilling then check out This is US Season 5!

When Season 2 was initially announced in June 2021, Gaiman indicated on his website that sets were already being erected in Scotland, and that production would begin “soon.”

Season one of “Good Omens” was shot over six months between September 2017 and early March 2018, with the series premiering on Amazon Prime in May 2019.

With season two consisting of six episodes once again, we may see “Good Omens: Season” before the end of 2022 – or at the very least by early 2023.

The first season of the show presented the complete plot of the novel. Nonetheless, it will receive a second run if you are excited for another voyage to Heaven and Hell. Then the wait is over.

The announcement is already made, and it is going to be released soon. Take out some time from your busy schedule and watch the series on its release. If you haven’t seen its debut season yet. Have some fun, sitting and relaxing at your home watching it.

Visit this website on a regular basis to read the most recent updates and news, and don’t forget to bookmark it. Keep an eye out for the further updates of “The Omens: Season 2.”

For All Mankind: Season 3