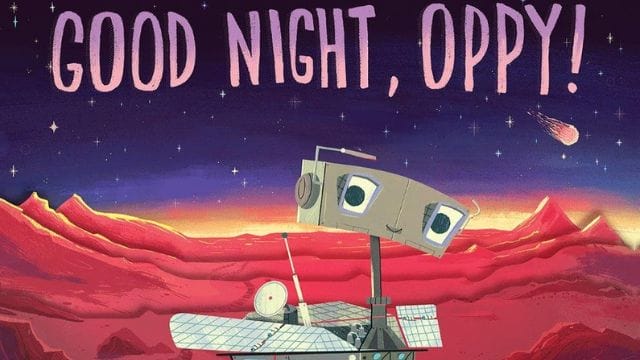 Good Night Oppy will be the noteworthy true story of Opportunity. It is a rover that was sent to Mars for a mission of 90 days. But it lasts for 15 years and ended up surviving the same.

Good night Oppy is an upcoming American documentary movie. The movie is directed by Ryan White. 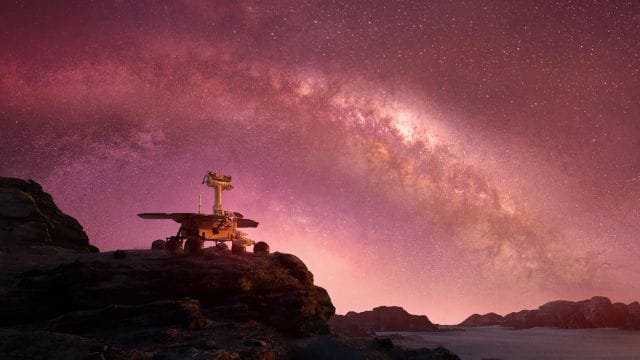 Interplanetary vehicle Opportunity is nicknamed Oppy in this movie. So the title of this movie is according to the lead character.

It will be the classy story of the bond between human beings and their robot. The broadcast partner Amazon prime video had announced its release date. They have also revealed the first look of an upcoming movie Good Night Oppy.

The poster shows a classic bond between a historic little robot and humans on earth who are tracking each and every discovery on Mars. Mars rover Opportunity is named Oppy in this movie.

In the previous image, it was revealed that the Oppy is on the red planet which is Mars roving in the middle of the trek.

The film will primarily release in theatres on 4th November 2022 and then it will release on Amazon Prime video on 23rd November 2022.

What Will Be the Story of Good Night Oppy?

Good Night Oppy will tell the story of Mars Rover Opportunity which is a robot. The movie is a historic journey of Oppy who is there for around 15 years.

Oppy was originally sent for 90 days but outlasted its protocol and he continues roving on the surface of neighbor planet mars for years. 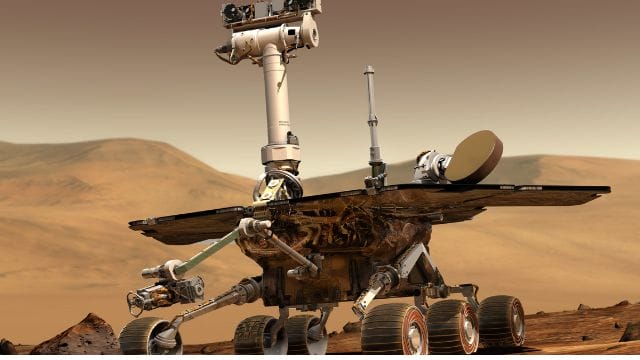 The Oppy eventually collects some evidence which shows that there was a presence of water on some surfaces of Mars. The rover sent back several images of the planet which changes the perspective of human beings regarding mars.

Read Also –The Menu Release Date: What We Know So Far?

As the story moves forward, the team forges a bond with Rover Opportunity who is miles away from them. They are continuously communicating with them and receive perspective footage from Mars.

Who is the Director of Good Night Oppy?

The direction of the film is done by prime-time Emmy nominee Ryan White. His recently done project was the short documentary Coded and Visible: Out on television. Other projects include The Keepers and The Case against 8 which was an HBO featured documentary.

Who Will Release Good Night Oppy?

Ryan White said, “we have worked closely with our partners at Industrial Light and magic to create visual effects that will help the audience to get the feeling of Mars, so I am thrilled to release good night oppy in theatres as well as on OTT platform Amazon Prime Video”.

Read Also – Persuasion Release Date: Where Can I Watch Persuasion?

Oppy and his team from JPL deserve to release in theatres as well as reach a wide audience, it was the statement of director Ryan White according to reports.

Although the film is an entirely documentary movie, it shares a title with a kid’s book which offers a fictionalised picture of Oppy’s adventures on Mars. Still the makers’ promises, the movie will be something which can be watched with the whole family.

We are eagerly waiting to see audience views regarding the story which is based on the bond between historic robots and human beings.

What is the Synopsis of Good Night Oppy?

Good Night Oppy is an inspirational true story of the interplanetary vehicle mars rover opportunity, who eventually gets nicknamed Oppy. This mars rover was expected to live for 90 days on Mars but accidentally he discovers Mars after about 15 years.

Check out the following video to know what are Oppy’s last words.

What is the Release Date of the Documentary Good Night Oppy?

The official release date of the Good Night Oppy movie is 4th November 2022. The movie will firstly be released in theatres and then release on prime video worldwide.

What is the Meaning of Oppy?

Oppy is the nickname of the Mars rover Opportunity. Opportunity  was bound to rove Mars for 90 days but eventually, her journey gets increased to 15 years on planet mars. Oppy is nicknamed by humans as a little robot roving on Mars.

From the received information we have found that Good Night Oppy will go to hit the theatres in the United States on 4th November 2022. We will share more information regarding this movie as soon as we find something.

So please stay tuned with us and read out our articles for entertaining information.