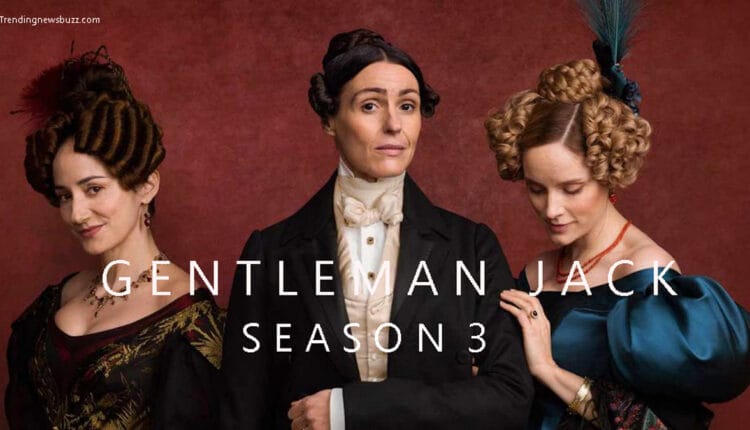 Gentleman Jack is one of those series that can be watched by anyone and any time. It is one of those shows that are perfect for binge-watching. If you have watched the first season of the show and finished them overnight, I won’t complain about it. The series has recently dropped its second season which has already gotten a lot of hype on the internet. However, the audience is concerned about the future of the series and wondering whether there will be Gentleman Jack Season 3 or not.

Gentleman Jack starts with the usual period drama that will take you along to the old times. However, it is unlike the other period dramas and has an emotional connection with the viewers. The series connects the audience to the roots through its versatile storyline, hilarious comedy, and emotional values.

After the release of the first season, the show officially announced its return. Since the story ended on a cliffhanger, it was obvious that the creators won’t be leaving things midway. Long with this, the show was already popular among the people and there was already a lot of wandering going around the renewal.

Now, the second season has already ended and with the story being concluded, the fans are wondering about the future of the show. In this article, we’ll be sharing about Gentleman Jack Season 3 and all the important things related to it. Continue reading the article till the end and let everyone know about the show.

You may also like: Handmaid’s Tale Season 5: Expected Premiere Date, Cast, Trailer, Watch And Many More!

Gentleman Jack Season 3: Will there be Another Season? 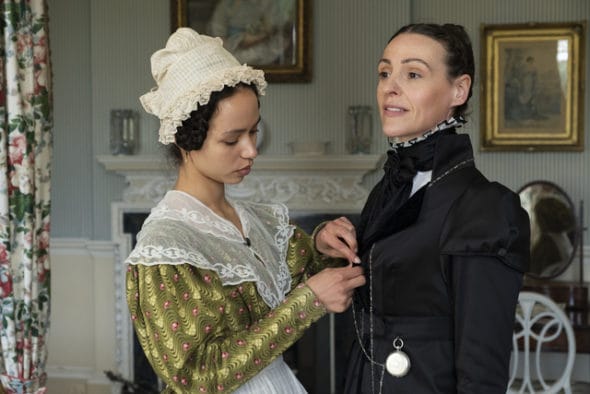 The second season of the show has already ended on a dramatic note. We already witnessed the lovely meeting with Anne Lister and her wife Ann Walker, meeting once again and leaving all of their differences behind. The power of love has already proven to be true and the series marks an amazing conclusion.

However, at the same time, the story feels incomplete with all the things, especially on Anne’s side. We know that the show has a lot of things to tell. This may be one of the reasons why the viewers are hoping for another season.

On the other hand, Sally Wainwright, the creator of the show has recently talked in an interview and remarked, “I did make stuff up in the first series. Half the time in the second series I found there wasn’t enough room to make things up because the diary is so Anne-centric.

“The stuff I made up in series one was the story with the Sowdens and that’s slightly disappeared in series two just to make more space for [accuracy]. I respect the journals. I think the truth is always more interesting than something I can make up but it’s just injecting it with life. It wasn’t hard because the journals are so full of life.”

Now, there are a lot of questions revolving around the show. As the series has been already getting more popular, the number of people demanding the release of the second season is significantly rising.

Gentleman Jack Season 3 Release Date: When is it going to Release? 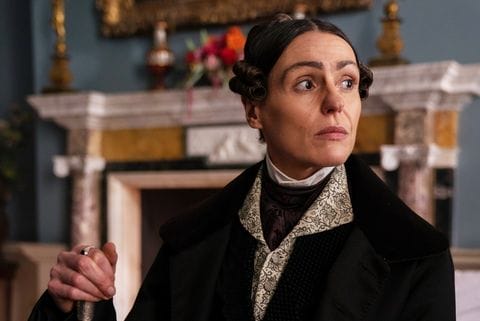 The third season is yet to be renewed. The officials have not yet renewed the series. Gentleman Jack is inspired by a five-million-word diary and the creators won’t be leaving the show after it gets a smash hit among the audience.

Unfortunately, there is no release date to be announced yet. If the third season of the series gets announced it would probably happen in 2023 or 20204.

The second season has been recently concluded and the production won’t be getting any time soon. The creators need to work on the story and the development of the series. So, our best guess for the release of the period drama is 2023.

You may also like: The Umbrella Academy Season 3: Premiere Date, Cast, Plot And More

Gentleman Jack Season 3 Cast: Who will be back?

The main highlight of the show is Halifax’s Anne Lister and her love Ann Walker and without these two, the show won’t move any further. The amazing romance tale between the couple is already worth mentioning and though the show has a lot of characters, the main protagonist of the show will be going to remain unchanged.

In the third season, we are going to meet the couple once again. The show will be featuring their story over time and there won’t be any doubt about the casting of the show.

Suranne Jones and Sophie Rundle will be going to reappear as Anne Lister and Ann Walker. Along with them, it’s highly likely for us to meet Lydia Leonard’s Mrs. Mariana Lawton in the third part.

Moreover, the third installment of the show will be getting back with Mrs. Lawton who will be adding much depth to the storyline. The show will be reprising the main role of multiple characters since the story will be incomplete without them.

We know that Gemma Whelan will be getting back with Marian Lister. He will be joined by Timothy West as Jeremy Lister, Gemma Jones as Aunt Anne Lister, Peter Davison as William Priestley, Amelia Bullmore as Eliza Priestley, Viand cent Franklin as Christopher Ra, won and Shaun Dooley as Jeremiah Rawson.

There are no updates regarding the fresh new cast of the show. If the story demands, we might be seeing some new characters in the show.

Gentleman Jack Season 3 Storyline: What will be the story about? 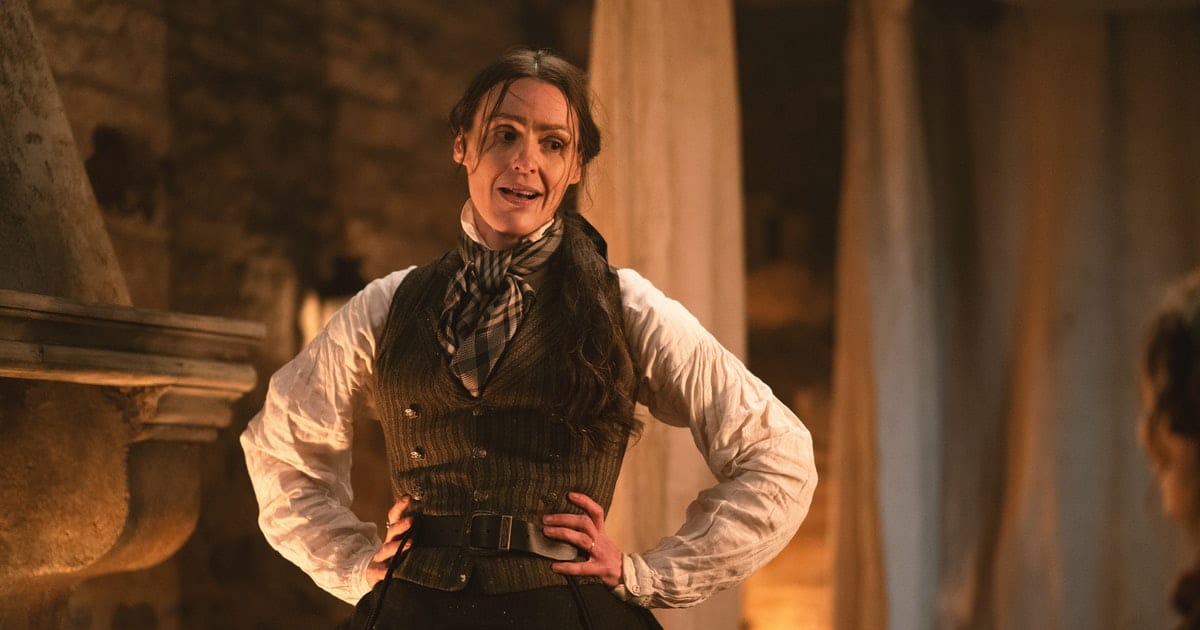 The official synopsis of the show says, “It’s 1832 in West Yorkshire, England — the cradle of the evolving Industrial Revolution — where landowner Anne Lister is determined to save her faded ancestral home, Shibden Hall, even if it means bucking society’s expectations. In addition to reopening the coal mines, a part of Lister’s plan to help her family is to marry well. But the charismatic, single-minded Lister — who dresses head-to-toe in black and charms her way into high society — has no intention of marrying a man. “Gentleman Jack ” examines Lister’s relationships with her family, servants, tenants, industrial rivals, and would-be wife. The real-life Anne Lister’s story was recorded in her diaries, and the most intimate details of her life are revealed for the series.“

We see that Gentleman Jack is a tragic period drama that features the romantic love story between the two couples. It is open to those historical romance stories that give you immense pleasure. In the second season, we have already seen the couple going through a tough time; however, they meet at the end of the show. Still, there are a lot of questions that remain unsolved.

The ending felt incomplete because the majority of the people thought that the show still had a lot of things to tell about the main character. If you have watched the series and felt the same way then you are not alone. The official has not yet updated anything regarding the third season but there is a huge possibility for the show to get involved in multiple seasons.

We are looking at the official details and will get back to you once we find out suitable information. If you are someone who loves the show and focus used on the third season then bookmark this page. Follow trenidngnewsbuzz and get all the latest information about the upcoming news around you.

Kristen Bell Net Worth: What Is the American Actress Net Worth?