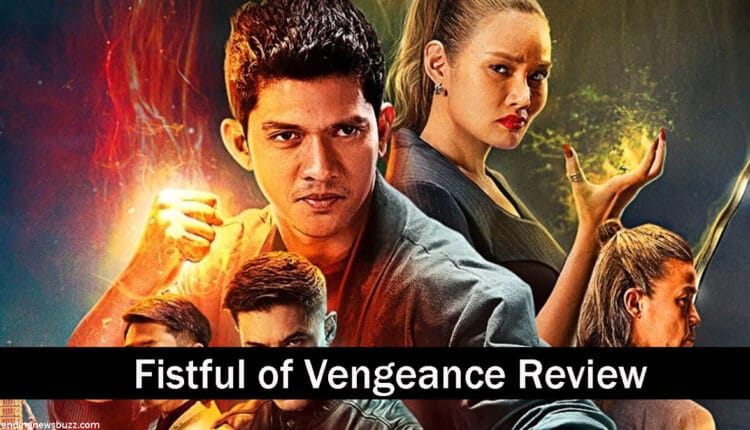 The growing craze for thriller shows has urged the creators to release more shows. In recent years, we have seen the power of thriller shows and all credit goes to Netflix. When it comes to best thriller shows, the streaming platform is known to make some blockbuster hot series. Now, fans can blindly trust the OTT platform for any upcoming shows. However, Fistful of Vengeance gives a tough thought to these fans who put their blind trust in Netflix.

Fistful of Vengeance is a recently released action thriller drama that made huge talks before the release. The fans were already eager to learn more about the show. There were huge expectations from the fans that have already heard about the series. Everything was running super smoothly until the release of the film.

Directed by Roel Reiné, and written by Cameron Litvack, Jessica Chou, and Yalun Tu, the film is the sequel to the popular Wu Assassins. Fistful of Vengeance continued the story of the 2019’s released series and tells the after story of the time. The movie follows the casting of some amazing actors who have previously worked in multiple shows and shown their brilliant performances. The soundtrack and the direction were amazing. When the official trailer of the movie was released, it showed great depth in the story and made the viewers excited.

However, after the movie was released, the audience failed to believe it, and the show received negative feedback which made other people think about it. In this article, we’ll be going to read what exactly happens in Fistful of Vengeance and why the movie failed to make a great impact on the audience. 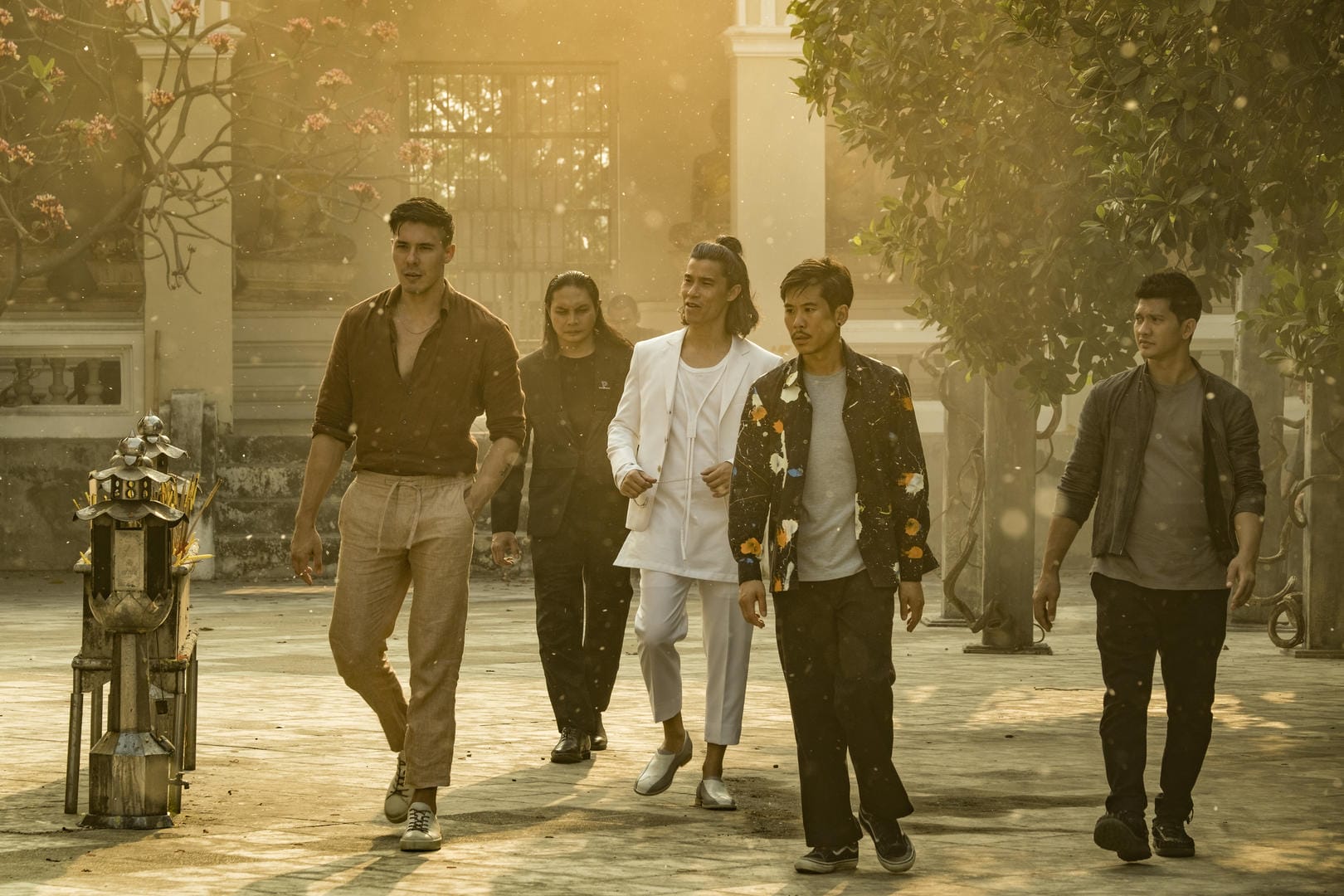 People are crazy about thriller shows and there is no doubt that they loved to explore more such series. Anyone who is into the spectacular storyline with amazing cast performances then this film is for you. Especially for someone who is already a fan of Wu Assassins, then you should definitely watch this film for sure.

The film comprises strong writing, powerful character, and attractive story development. The film will definitely satisfy you and your inner cravings. However, once you have already watched some brilliant thriller shows, Fistful of Vengeance won’t excite you. It’s like watching something average because you already have higher expectations for such shows.

The fans of old-school action thriller dramas won’t be leaving this show alone. The film is already available on Netflix. One doesn’t need to watch Wu Assassins. It is not necessary that you will love this movie but if you will watch it with your open mind and will understand each and everything briefly. Critics and Audiences gave a mixed reaction to the movie but doesn’t conclude its overall performance of the show.

Additionally, the manner in which the filmmakers have adapted the show and used all the modern technology to bring back the fiction to reality. It would be too soon to predict the popularity of the movie but it won’t disappoint you. The film is fun and light, it doesn’t have so many ingredients that would suppress the story but it rather makes your story’s complexity easy. Tommy (Lawrence Kao), the main protagonist of the film, has tried to make the story more amazing and balance his perfume to match the complexity of the story. Everything starts at the end of the Wu Assassins and starts with a fresh story which details everything.

But what is the major reason to watch this film? As I say, if you are going to put a lot of expectations on Fistful of Vengeance, you will certainly hurt your own feelings. Sometimes it’s okay to enjoy the film without thinking much. After watching the official trailer, there were some huge expectations but sadly everything was of no use.

Compared to the Wu Assassins, this movie is different. The scenes are pretty much aligned to the original show but the action and screenplay changed a lot. You can think of the movie as underrated, which has been proven to be Hollywood’s major drawback. The officials have changed a lot and a majority of them didn’t participate. Their absence hits hard in the film. If you are going to go through the IMDb ratings and the audience reviews, you will be heavily disappointed.

The cast has performed their best. It looks like their overachieving performance has suppressed the story. With such good actors, the creators have done something more phenomenal. It’s a shame that the officials have put such an average story in front of such an amazing cast.

Fistful of Vengeance Cast: Who is in it? 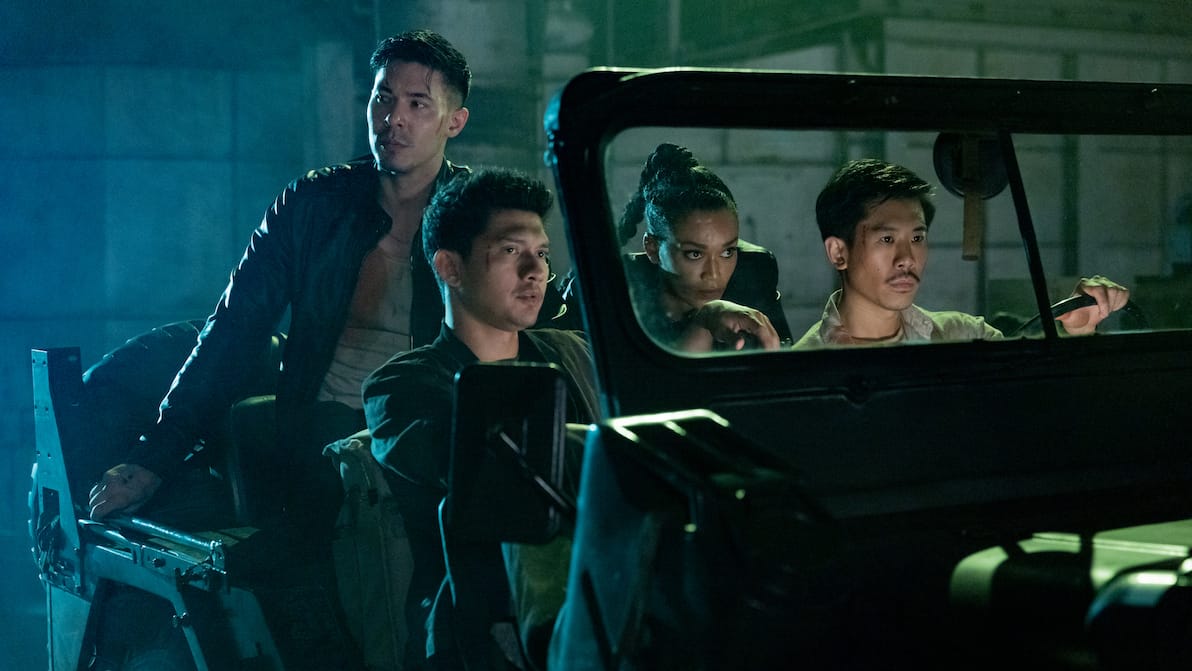 The movie stars Iko Uwais as Kai Jin, who plays the main character in the show. The character has developed over the film and it has created a massive fan base around the world.

Along with him, there was Lewis Tan appeared as Lu Xin Lee, Lawrence Kao as Tommy Wah, Pearl Thusi as Zama Zulu, Francesca Corney as Preeya, JuJu Chan as Zan Hui, Jason Tobin as William Pan, Rhatha Phongam as Ku An Qi, Simon Kuke and Katrina Gray as Interpol Agent.

The official trailer of the show has already been released on YouTube. The trailer already suppressed 2.49 Million views on the trailer. In the trailer, it reads, “A revenge mission becomes a fight to save the world from an ancient threat when superpowered assassin Kai tracks a killer to Bangkok.”

The trailer already suppressed huge ratings and feedback from the people. Fans are already excited for the film to happen. One says, “In a world of shaky cam, quick edits, and quick production schedules where the actors are not trained to fight, we need more movies like this, where there is painstaking attention paid to well-choreographed action sequences. Kudos to you Netflix!”

While others say, What I love about the show is that they used wide shots and less quick-cut editing for the fight scenes. Iko Uwais needed that, Hollywood kept wasting his talent with those cliches that Hollywood has been suffering. I’m glad Wu Assassins understood how to make proper action scenes.

Fistful of Vengeance is a recently released film that is a sequel to Wu Assassins which was released in 2019. The film has brilliant characters, and great performances but a poor storyline, and worse editing. There is no doubt that the film is amazing. However, one should need to learn that the film does not have everything that you will love. Also, you can watch the first part, Wu Assassins for better performance.

Like this article? Read more from our official website Trending News Buzz and get all the latest updates about all the happening around you.

40 Years Young Is Indeed a Great Film That the Views Should Watch!