Netflix and its love for book adaptions. Everyone knows about it.

From Unbelievable in 2019 to Mindhunter in 2017, we’ve seen it all. Now, Netflix is all set to release a short story series First kill on its streaming platform.

The story will be a fantasy teen-drama Netflix Original that’s written & created by V.E. Schwab. Before preparing the script for a short series, Schwab had written a short story with the same name.

It was published exclusively in Imprint’s Vampires Never Get Old: Tales with Fresh Bite. Felicia D. Henderson, who previously co-produced brilliant hits such as The Punisher, Gossip Girl, will serve as executive producer & writer of First Kill.

First, Kill’s plot revolves around the teenager Juliette, who belongs to a powerful vampire family.

Now, to take her rightful place in the family, she needs to make her first kill.

She then sets her eyes on a new girl in town, Caliope, who’s revealed to be part of an esteemed Vampire Hunters family.

Soon, they realized it isn’t that easy. Instead, it’s easier to fall for each other.

Netflix has confirmed, First Kill season 1 will have a total of 8 episodes.

And each episode will further have a runtime of approx. 60 Minutes.

As of now, there isn’t any official wording on the cast members. In fact, we don’t know whether Emma Roberts, the executive producer, will herself have any role in this upcoming vampire series.

You can expect the announcement in the coming weeks. Once there’s any update, I’ll let you know via this blog. So, stay with us to find more about it.

Anatomy of a Scandal, Firefly Lane, Behind her Eyes are some adaptions that are some lined up in development.

That’s all for now. If you love watching Netflix movies & tv series based on book adaptions, then do check out the upcoming Netflix release. 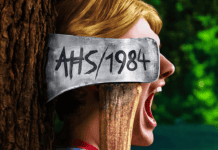