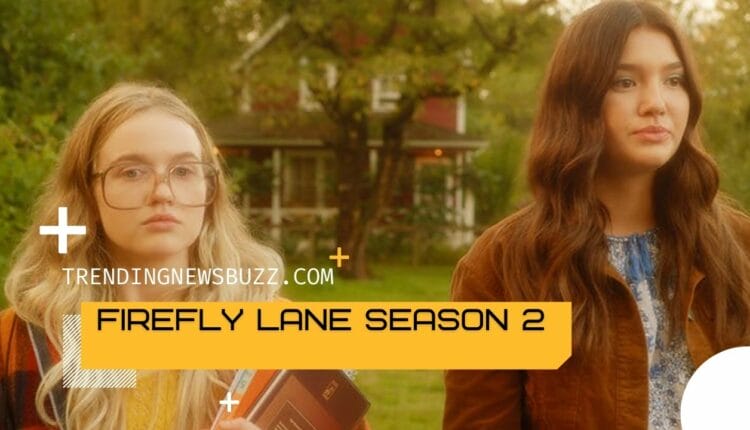 A love connection is at the heart of the majority of emotionally charged, roller-coaster-y television productions (think Virgin River, This Is Us, and other similar shows) that are based on real-life events. In episode after episode, we watch as two individuals fall in love, are separated, and eventually find their way back to each other overall odds—a pattern that frequently repeats itself numerous times during each season. Consequently, it’s really nice to see Firefly Lane, a touching Netflix drama that puts a delicate spin on this genre by concentrating instead on the equally turbulent friendship between two best friends over the course of more than 30 years.

Kate and Tully have been friends since they became neighbors on the namesake Firefly Lane in eighth grade, and the sitcom stars Katherine Heigl and Sarah Chalke as the adult versions of the two characters. Each of the first season’s ten episodes takes place over the course of many decades, beginning with their initial meeting in the 1970s and progressing through their college years in the 1980s and into their midlife crises in the early 2000s. Yes, it’s a testament to the strength and tenacity of female friendship, but it’s also tremendously addicting television—good luck resisting the temptation to watch the entire 10 hours in one sitting! 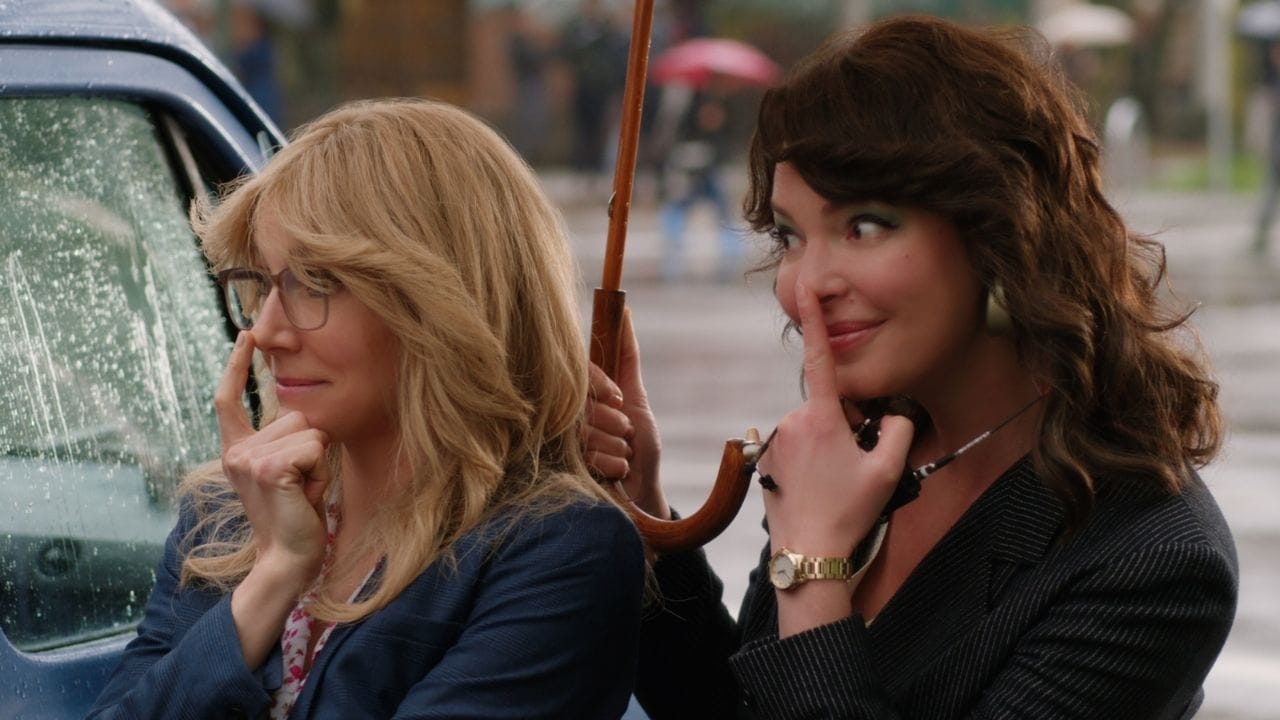 The drama that accompanies those midlife crises is only heightened, and while the first season of Firefly Lane appears to be coming to a close with Tully and Kate’s friendship having re-established itself as stronger than ever, that illusion is destroyed by a cryptic confrontation in the final seconds of the finale episode.

Has Firefly Lane Been Renewed for a Second Season?

Tully and Kate’s adventure will continue with all of you, as Sarah Chalke expressed her excitement about the future.

In light of the show’s first season’s popularity, a second season was nearly a foregone conclusion: Approximately 49 million viewers across the world tuned in to see Firefly Lane in its first 28 days, according to Netflix. Not to mention that the novel on which the first season is based has a sequel, Fly Away, which means there will be plenty of additional material to mine for the second season of the program and beyond.

When Could Season Two Be Released?

Naturally, production timetables will be determined by COVID protocols, the performers’ availability, and the show’s authors’ ability to crank out another batch of scripts. However, it is feasible that the second season of Firefly Lane will premiere roughly a year after the first season. When the first season of a Netflix series is released, the second season is usually released one or two years later (think You and The Haunting of Hill House).

The project earned its original series order in February 2019, began casting during the summer, and will begin filming in September 2019 and wrap up in January 2020, according to the network. It wouldn’t be shocking if the show’s actors and crew were able to crank out 10 additional hours within the next year, just in time for an early 2022 premiere, given that the cast is already in place and the writers are likely already plotting out the following season’s stories at this point. If all goes according to plan, we might see the premiere of season two in February of 2022.

It was revealed in leaked photographs that production for the program will begin in October of 2021. Katherine Heigl sent the following message on Instagram in November: “In any case, I’m here in the beautiful city of Vancouver, where I’m busy filming the second season of #FireflyLane. Yay! Keep an eye out for it when it premieres on @netflix in 2022!”

What Could Season Two of Firefly Lane Be About?

First and foremost, we’ll require the new episodes to provide answers to all of the many (many) unanswered questions that were left unanswered at the conclusion of season one. To mention a few examples: Is Johnny no longer alive? Will Tully and Kate return for a second season? And, perhaps most crucially, what was the source of Kate and Tully’s altercation during Bud’s funeral? (For the record, here’s Heigl’s perspective on the latter: “It’s impossible that Tully has a sexual relationship with Johnny. I don’t think any friendship will be able to recover from that experience. I’ll battle to the death to ensure that this does not happen “)

Because a significant portion of Hannah’s Firefly Lane novel was left out of the first season of the television adaptation, the second season will most likely focus on developing the plots established in season one. Most significantly, the death of a very important character, which dominates the conclusion of Hannah’s novel and later serves as the driving force for the whole storyline of the sequel, Fly Away, is conveniently left out of the book.

Read more: Wayne Season 2 Release Date : Everything You Need to Know About This Series!

However, it is anyone’s guess whether the second season would keep to the material from the novel or its sequel or whether it will diverge altogether from the original. In an interview with Entertainment Weekly, showrunner Maggie Friedman stated, “One of the things I think has been exciting is that we have retained some huge moments from the book and been very loyal to those, and then there are other things that we’ve done that are new.” She went on to say the following about plotlines in a possible season two: “Their eighth-grade year is just around the corner when we leave them. They’ll have a lot of fun during their adolescent years and during their growing-up years in the 1970s, thanks to the fantastic music, the fashion, and all of the cultural developments. Just a pretty unique concept, in my opinion.”

Several new cast members for the show’s second season were confirmed by Netflix in September, including India de Beaufort, Greg Germann, Jolene Purdy, and Ignacio Serricchio, among others. Collider claims that de Beaufort is a fictional character “would portray Charlotte, a journalist in the city of Seattle in 1985. In the 1980s, Germann will play Benedict Binswanger, a rich young man who chooses to run for Governor of Washington State, according to Collider. Serricchio is set to play “an arrogant sportscaster turned reporter who serves as a possible love interest to Heigl’s Tully,” while Purdy will be “an enthusiastic talent agent who is someone everyone wants on their side.”

What Have the Cast and Crew Said About Season Two?

Ali Skovbye, who plays Tully’s younger self in the film, agrees with Friedman’s assessment. When Collider inquired about the narrative of a prospective season two, she responded as follows: “I’d love to attend a genuine 1970s home party. That’s what I aspire to.” Roan Curtis, who portrays young Kate, says the following: “I want Kate to have a happy ending to her love story. The idea of Kate having a little awkward first contact, a first date kind vibe with a male, and then Tully being there to guide her through it all seems really charming and great to me!”

As for whether or not Johnny will appear in season two, that remains to be seen. Ben Lawson, the actor who portrays him, said in an interview with Hollywood Life: “If they stick to the plot of the book, you can be sure that Johnny will be able to fight again another day. However, they have departed from the novel a tiny bit so far, and I have no idea what they have in store for us next.” He went on to say the following about Tully and Kate’s falling out: “As a powerful female-led program, I don’t believe anyone wants to see the males tear away from their friendship. So I’m guessing it’ll have something to do with Marah in some capacity.” 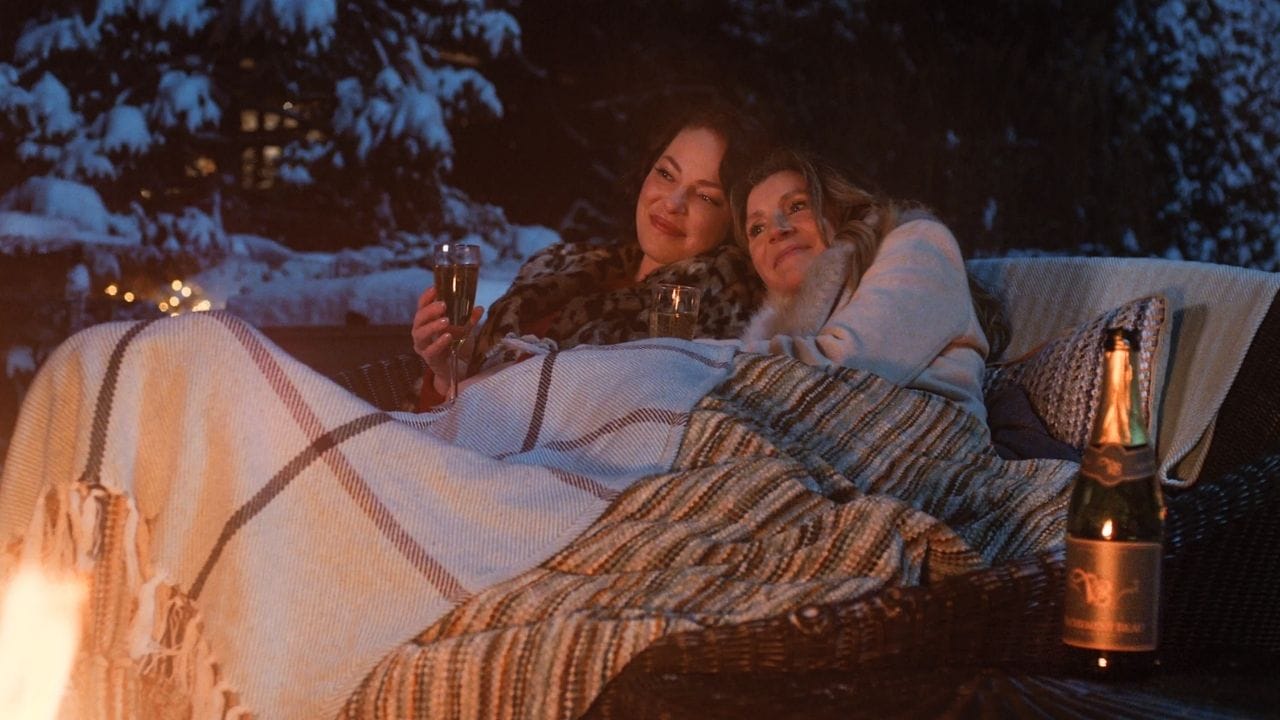 (Source: NETFLIX; photo courtesy of the company)
Heigl is more than eager to return to the role of Tully for at least another season or two—and her opinion has a lot of influence at Netflix, thanks to her star power and executive producer credit on Firefly Lane, among other things. In an interview with the Washington Post, she stated that she is keeping her “fingers, toes, and everything crossed” that the series would be renewed for at least three more seasons.