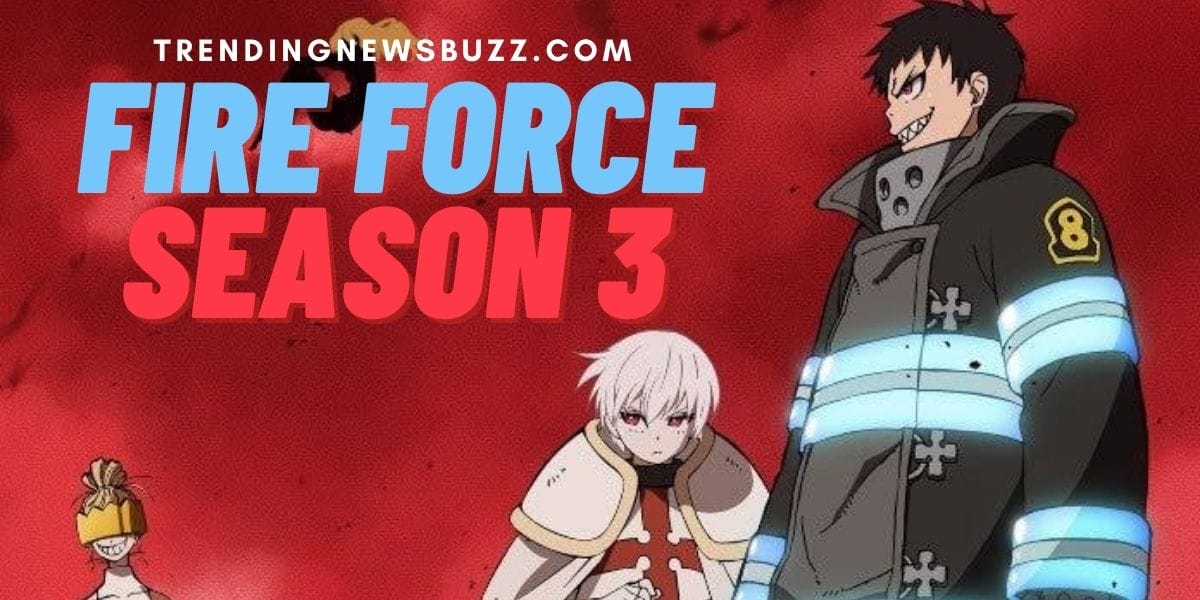 2 years after the end of an iconic manga series Soul Eater, writer and illustrator Atsushi Okubo came up with yet another breakout manga series Fire Force in 2015. Then fire force manga series was picked up by Funimation for anime television series.

And ever since, fans are finding major differences between Fire Force’s anime adaption and manga series. So, going ahead in this post, I’ll discuss some of these major differences. So, let’s get started:

Fire Force is the story of a 3rd generation pyrokinetic youth named Shinra Kusakabe aka Devil’s Footprint. He got this nickname for his ability to ignite his feet at his will. 12 years back, in an attempt to kidnap his younger brother, Shō Kusakabe, a fire broke out resulting in the death of their mother.

So, he joins Special Fire Force Company 8 where other pyrokinetic have a common goal of ending the Infernal attacks for good. In the meanwhile, investigating Companies 1 through 7 for potential corruption in their ranks.

And soon he learns that a mysterious doomsday cult behind the recent Infernal attacks was behind his mother’s death. With Shō Kusakabe by his side, how Shinra will bring justice to the doomsday cult? You can find the answer by watching Fire Force Season 1 or Fire Force Manga Series.

Check out our latest post on: Gallagher Family’s Ian Is Rocking The Shameless Series!

Fire Force: Major Differences Between the Anime & The Manga

Thanks to the flashy & funny portrayal of pyrokinesis in the Fire Force manga series & anime series, fans are introduced to a new visualization of the concept ‘fighting fire with fire’.

Even though both the anime series & manga series has remained a major hit in their respective fields, it becomes necessary to figure out major differences between them. Now, let’s get started:

Fire Force anime series and manga series opens with an action-packed intro as we witness gruesome fire breaking out. Then at that exact moment, there was a strange tic on Shira’s face.

In the Fire Force manga, Shinra can be seen explaining that he gets a sudden tic on his face when things start to get tense for him. Hence, sharing a quick look at Shira’s social struggle. This particular scene is completely left out from the anime series.

Fire Force manga showcases its dialogue in light and good humor, making it a non-PG manga. So, to avoid this, the Fire Force anime series has cut down on insults thrown around in its dialogues. Now, the censored version is just enough to be one step out of the familiar trench.

Also Read: Is There A Longmire Season 7?

Manga readers that aren’t good in Japanese know about all the changes that came with its anime adaption.  However, Fire Force’s playful theme has managed to keep the fun alive in the anime series.

The Fire Force anime flashes a very stunning and colorful trajectory. Hence, never slowing the pace of showing some contemplative moments. On the other hand, the manga series displayed the same moments to give a sense of depth to each of the characters.

When a manga series is adapted to anime series, it’s expected to see minor changes and deleting scenes. However, it’s normal as these measures can be beneficial at such extant.

In the Fire Force anime, an entire scene for Yuu’s introduction was completely changed to something else. This further leads to the anime series getting condemning from the very beginning.

At the start of this post, I mentioned ‘The Devil’s Footprints’ as a nickname of Shinra Kusakabe. He was given this name because of his ability to shoot flames from his feet. He dreams to become an active and practicing super-hero.

Both, in the anime series & manga series, he saves the life of Company 8’s Nun Sister Iris. Right after this, he had enough approval to get his firefighting gear custom made right out of the gate. In this aspect, the anime series has made some harmless changes against its manga series.

The 6th difference in the list comes in the form of Captain Obi or most commonly known as the ‘Gorilla of Company 8’. He’s a guy who can stacks weight on himself like a game of Jenga Blocks and that too standing on a yoga ball one-legged.

But the journey wasn’t easy for him as he reached this position because of sheer strength. There’s a saying –

However, Captain Obi has the wisdom to know his powers and what to do with them. And that’s probably the reason why he has earned respect from everyone around him. He’s always one step ahead in sharing his knowledge with others.

In a manga chapter, he can be seen explaining a bodybuilding rule to his newest recruit, Arthur Boyle. But don’t know why this scene was trimmed down from the anime series.

In Company 1 of Fire Force, there’s a priest and a second-generation lieutenant named Karim Flam. He’s a young man with short, straight dark grey hair with one of the more creative and complex pyrokinetic abilities. Both the readers and viewers of Fire Force were explained briefly Karim’s temperature-altering tuba.

However, this wasn’t enough. He’s one of the coolest characters in the Company. Hence, needed some additional screen time. Even though does displays an extra Infernal that is found and smothered by Karim’s refrigeration. However, this scene was particularly missed by fans in the anime series.

In Fire Force, Fire Soldiers sign up without getting to know the reasons behind the random fires happening here and there. In reality, all they want is – fulfill their hidden motives.

Captain Obi, a famous figure in Fire Force followed his goal of finding the primary source of SHC (Sudden Human Combustion) & investigate the fire brigade itself. That’s why he was hell-bent on putting together company 8 in the first place.

You will like this: 5 Ultimate Tips To Keep You Safe On Social Media

Fire Force manga & anime series do have some differences to some extent. However, all this can be fixed once David’s production releases Fire Force Season 3.

Even though, there isn’t any official announcement, the final moments of season 2 has hinted that we’ll definitely get Fire Force Season 3.

As of now, Kodansha has published its 26 volumes. I believe the production of Fire Force Season 3 is likely to delay until we’ve 30 Fire Force Manga Volumes.

If that’s the case, Fire Force Season 3 might release sometime in fall 2021 or early 2022. When do you expect to see the next season? Do let me know your thoughts in the comments section given below.

Q: Will fire force have a season 3?

A: Yeah, definitely. Fire Force season 2 ended on a mysterious cliffhanger with a message saying “See you later.” So, I believe the Fire Force will continue its story with a new season.

Q: How many episodes are there in Fire Force anime?

A: Fire Force Season1 & Season had 24 episodes each. So, in total, there are 48 fire force episodes.

Q: Where can I watch Fire Force anime?

A: Fire Force anime is available on Crunchyroll & Funimation. So, you’ll need either of them to stream Fire Force and other popular anime series.

Q: Who’s the most powerful character in Fire Force manga and anime?

A: Benimaru Shinmon is the strongest captain in the special fire force.

That’s all for now. Despite all the differences between Fire Force anime & manga, both have managed to entertain their fans at the highest level. Now that fire force season 2 is over, what do you expect to see in Fire Force season 3?

When are you expecting to see its next season? Do share your thoughts in the comments section.