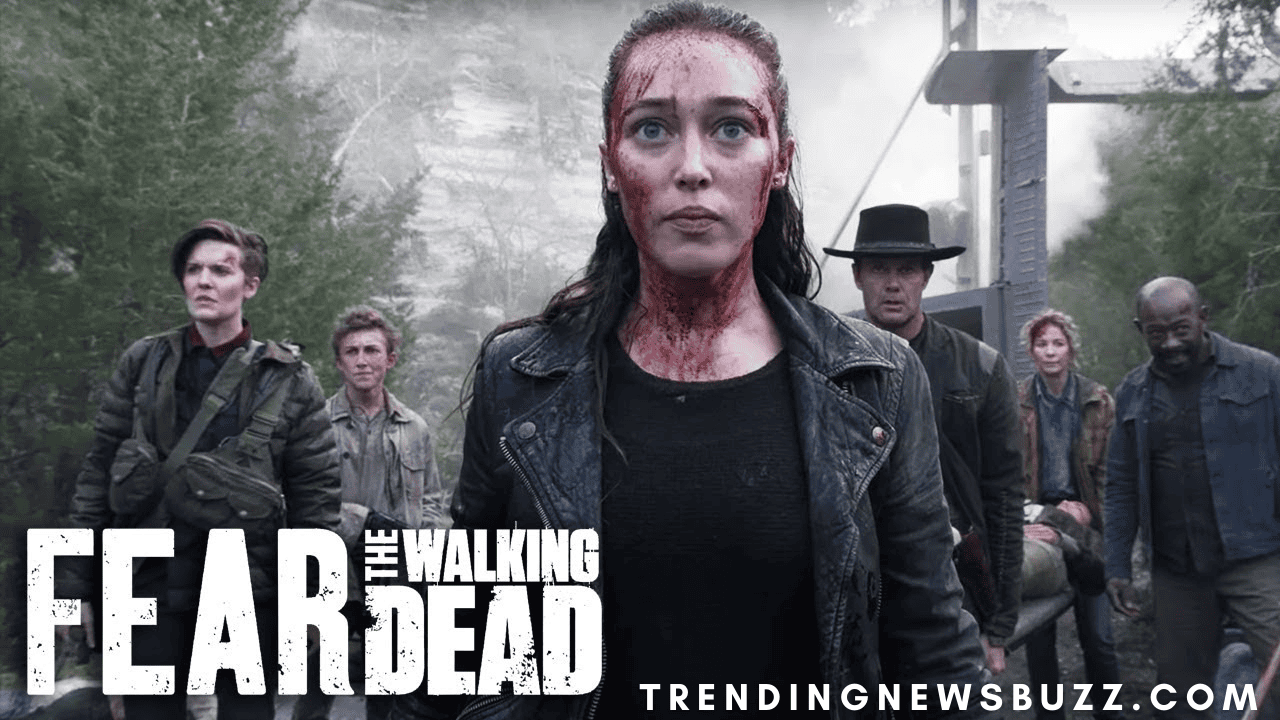 Weeks ago, a new theory about the popular show Fears the Walking Dead surfaced from the dark corners of the internet. It basically theorized about Madison saving Morgan in the show. But the showrunners were quick to disprove that theory about the show. As they proved in the coming episodes that the theory simply didn’t hold any substance and just wasn’t true in any sense.

But now another theory has come up, again from the darkest corners of the internet (Reddit probably), that is again theorizing something that sounds substantial on the surface, but does it actually hold any value in actuality?

Fans are going crazy over this one, and we can see why. It’s just a really exciting prospective turn in the show that could change things for good. With the 6th season of Fear The Walking Dead underway, it has given rise to a number of theories, but this one has been gathering a lot of attention so far. So what’s it about and does it hold up? Let’s find out.

Fear the Walking Dead: The Theory

So what’s the big theory all about? It’s all about episode 16 in the series, titled “Mother”. Now this title alone should ring many bells to die-hard fans of the series. Because when we hear mother, we hear Madison.

So are the showrunners hinting at some huge reunion in the show? Recently, in the episode synopses for season 6 of Fear the Walking Dead, in the last 4 episodes, there have been some things that have us thinking that a huge reunion might be happening in the show. That is, the reunion of Alicia Clark and the supposed “mother” episode 16 must be talking about, Madison Clark.

The mother, Madison Clark, had seemingly met her demise in the fourth season of Fear the Walking Dead, during the mid-season episode “No One’s Gone” when she died during an accident at the baseball stadium in a fiery sacrifice.

But now, fans are theorizing that Madison may be returning to the show, after her supposed demise. This is due to a number of reasons. First off is the synopsis for the episode “Mother” itself. The summary for the episode, which is yet to air, reads as “While held prisoner by Teddy, Alicia reunites with old friends and must confront her past.”

Now fans online are theorizing that this might be a reunion in the making, marking Madison’s return to the show, and reunion with her daughter. This also means that Madison somehow survived the sacrifice she made during season 4, which doesn’t make a lot of sense on the surface. Yet, fans and critics of the show are hopeful.

Also check out our Full Review of Miraculous: Tales of Ladybug & Cat Noir

What Happened During Season 6

Now, this isn’t the first time that such a theory about Madison has come up in the show. It was previously theorized too that Madison may have survived the explosion in season 4, prior to the mid-season. The theory was that Madison, after surviving, had supposedly come to aid Morgan for his survival after the season 5 finale of Fear the Walking Dead. It was theorized that Morgan, after his face-off with Virginia, a conflict that left him waiting for death, was saved by Madison when he was just at the edge.

It was thought that Madison was looking for her daughter, Alice. And just happened to come across Morgan, and brought him back from the edge. The showrunners though, in their own style, debunked this theory later when they later revealed the actual truth. It was actually Dakota who saved Morgan because she wanted him to kill Virginia.

This time though, the theorists may be on to something, as the synopsis for the episode itself is very suggestive in its nature, with the use of phrases like “reunion with old friends” and Alice “confronting her past”. This is all happening at a time when she is being held prisoner by Teddy. And in our opinion, that adds more suspicion to the tea. As he also says to Alice that “You’re following in the footsteps of your mother”.

But then he also says that “he’s a mama’s boy [himself].” So it could also really mean that he tries to bring Alice over to his side by connecting to her through their shared love for their mothers. But we never know. It could just be that Madison and Teddy have met up and arranged something. But we don’t know yet. What actually is going to happen remains to be seen.

What has made things even more interesting is the fact that the reactions of the audiences and the showrunners add more to the suspicion of the theory. Last year, the showrunners themselves confirmed that there was no plan to bring Madison back to the show.

They also clearly confirmed her death back then, but now it seems like they might just have changed their minds. Showrunner Ian Goldberg, curiously enough, seemed to mention that they never showed us Madison’s dead body in the show, while Andrew Chambliss straight up just revealed info about her return, saying that it was in the discussions.

This 180-degree turn in the opposite direction is one that has our suspicion and has us on full alert. So while previously we might have been sure that Madison was dead for sure, we’re doubting every little thing now. And her death is at the top of the list. As Madison, the character herself said in the show, “No one’s gone until they’re gone.”

Fans though have had a mixed range of reactions, from excited to doubtful. Most of the fans are highly excited about this new theory and are even praying for Madison’s return to the show. Others though are erring on the side of caution and trying not to play into anything. One fan even said that he was not too excited about the theory. His reason was that the showrunners are making it too obvious, and it seems like a sham. And to be quite honest, we’re bound to agree with him.

Read on: Stranger Things Season 5 Is Continued or Canceled?

So after going through the depths of the internet, and gauging the reactions of the showrunners as well as the fan audience for the show, we might just be looking at the return of the lovely Madison Clark to Fear the Walking Dead.

However, one fair criticism is that the showrunners are making it too obvious. They might just be leading us on with something that isn’t going to actually happen. All of it might just be hype. So we would recommend buying into the theory with a grain of salt, As it might just be another sham.

The episode “Mother” for Fear the Walking Dead premieres on May 23rd, 2021. Fans can catch the show on Amazon Prime (Verified for India).

Are you also interested in the eleventh season of the Walking Dead? Click here to find out more.

What do you think about the new Madison returns theory? Do you believe it or are you skeptical about it? How long have you been watching the show? Let us know all your thoughts in the comments section down below.