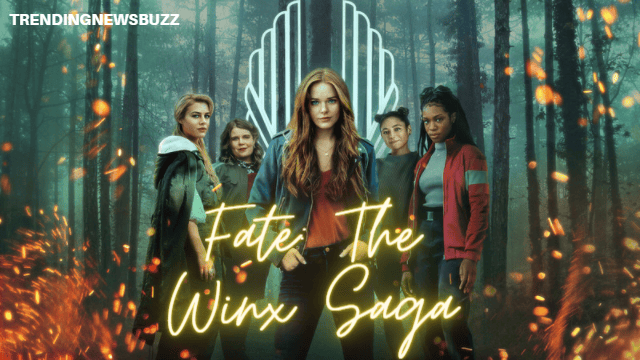 I can’t deny as a little girl, I loved dancing to The Winx Club in my living room. I believed myself to be a fairy in a candy-colored world. Needing friendship, compassion, and fairy magic in my life. So I was cautiously delighted when I learned that a show called Fate: The Winx Saga was coming to Netflix, as well as a live-action adaptation of the series. But my exhilaration rapidly turned to disappointment as I watched the teaser. By the time I finished the six-episode first season of this monstrosity, it had cemented into a moderate wrath. 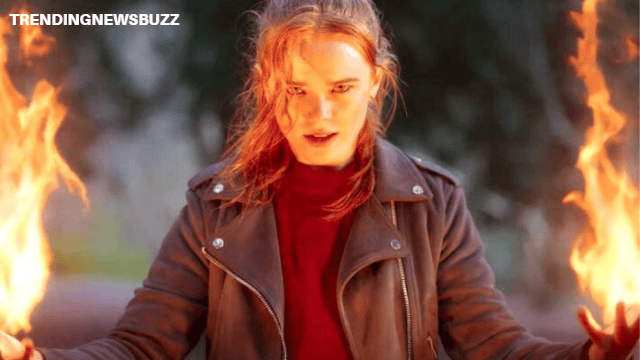 Fate: The Winx Saga, created by Brian Young, a veteran writer and story editor for The Vampire Diaries, takes the bright, pleasant, effervescence of an animated fairy show and transforms it into grungy, moody, and melodramatic. Of course, with a writing crew from The Vampire Diaries, the mood of Fate: The Winx Saga is rather obvious. The story slathers love triangles, adolescent insecurities, and predictable story twists on thick. There is little resemblance to the original source material other than the idea of fairies.

Please be aware that I will be addressing the entire season of spoilers for this program, so continue with caution!

Bloom (Abigail Cowen), a 16-year-old fire fairy was reared as a human in California. Lately, she did arrive at Alfea, a magical school for fairies and non-fairies as well. Also, despite their name, no one has wings. She meets her suitemates Stella (Hannah van der Westhuysen), Aisha (Precious Mustapha), Terra (Eliot Salt), and Musa at Alfea (Elisha Applebaum). Sky (Danny Griffin) and Riven (Freddie Thorp) are also students at the school. Two “specialists” who are merely human males who practice martial arts every day.

The animated series of fate: the winx saga frequently showed the main six fairies and their respective male love interests/specialists, so when I discovered we were just meeting Sky and Riven, my first hope was that some of the primary characters would be gay. By the conclusion of this piece, you’ll understand why it was a dumb thing to pray for.

Bloom becomes embroiled in a love triangle almost soon after arriving on Alfea’s campus. She meets Sky, the blandly beautiful ex-boyfriend of Stella, Bloom’s suitemate. Sky and Stella ended their relationship last year when Stella lost control of her magic and accidently blinded her closest friend Rickie. The rest of the school believes Stella discovered Rickie playing around with Sky and purposefully blinded her. The falsehood is perpetuated because Stella’s cruel queen mother wants to maintain the illusion of royal might. Stella’s mother emotionally tortured her while teaching her how to use magic. As a result, Stella’s magic has become unpredictable. Finally she went to Alfea to learn how to manage her magic so that anything like the Rickie event doesn’t happen again.

All of this is to say that Sky welcomes Stella back because he knows the truth. He also understands that while Stella seems snobby and acts like a cruel girl, she is not the sort of person who would intentionally blind someone. Despite the fact that he is eager to start again with Stella, he spends the most of his time with Bloom.

Whatever The Winx Club is: a narrative about a group of closest friends who encounter and conquer problems in a magical world. Fate: The Winx Saga is a narrative about heterosexual love in a magical realm. Is this an exaggeration? No. Instead of grouping the main female characters and keeping the majority of their interactions together. The program spends a lot of time on their small relationships. Bloom’s tale is largely focused on her alone or with Sky. The characters are divided into separate narratives and are rarely seen together. 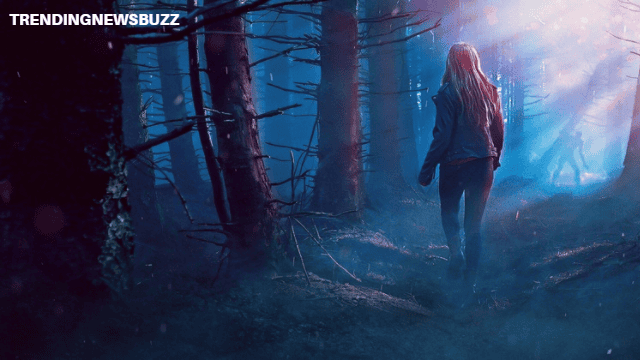 In Pursuit to Her Real Family

You may wonder who this “true family” is. In my opinion, her true family is the mother and father who reared her for 16 years and whom she nearly murdered with her uncontrollable rage-fire. However, in Bloom’s opinion, that family is a fairy family living someplace in the wonderful fairy realm. When it comes to adoption tales, this show uses obnoxious hyperbole. Without considering the reality that she does have a genuine family that cares about her. In fact, after she discovers she is a changeling, she begins ignoring her parents’ calls. She is tenacious in her search for her “true family.” Yes, it is quite understandable for someone who discovers they are adopted to desire to know who their biological parents are. However, Bloom’s apparent priority for this over all else, even the safety of everyone at her school, is another knock against her.

Read also: The Originals Season 6- Is The Series Officially Cancelled? Or Is It Still Happening?

Honestly, if the “Fate” in the title of this program referred to Bloom’s fate as the universe’s supervillain, I’d probably appreciate it a lot more.

Insecurities Revolving All Around

Although it’s pretty much a given that a program starring teens will have people with major issues. I can’t think of many shows that tackle it with so little complexity. Bloom (Abigail Cowen) is the obvious first casualty of this issue. She has a strong personality, but when it comes to her fairy identity, she isn’t satisfied with merely being a fairy. Stella informs the school that Bloom is a changeling, and Bloom is instantly scared of being perceived as a monster. Except she was already an outcast before she was outed. She was the only person from our normal world present at school. And, after discovering her true identity, she becomes preoccupied with determining whether or not she is unique. Yes, you are unique in addition to possessing fire powers and being a true fairy. 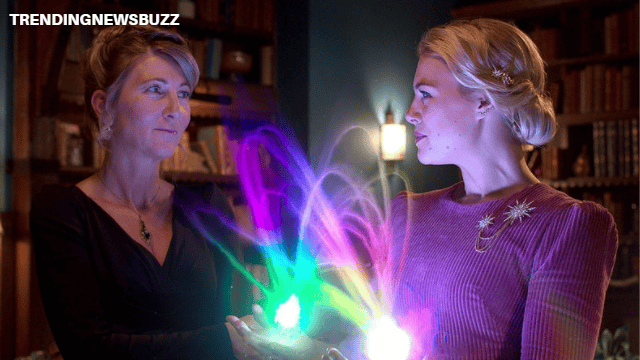 I’m a sucker for a good story twist. I love it when you don’t see it coming, but when you look again, all the hints are there. I enjoy being given puzzle pieces and having the writers believe that I would be an informed viewer and fit them together without heavy-handed hints being dropped left and right. As a result of my fondness for all of these things, I detested the story twists in Fate: The Winx Saga. Plots among children consist of unending he said, she said. However, because the majority of the characters are categorized as “good guy” or “bad guy,” it’s quite straightforward to determine who is speaking the truth and who has altered their view of their statements.