Hate speeches are already there on social media platforms. But it increased enormously after people started to stay inside their homes. This increment got inaugurated when Stay at Home orders established and lockdowns started. People started to assuming things and using their weapon of words to spread misinformation, hate speeches, and communal violence. Facebook also is being used for such acts.

However, social media platforms are trying best to avoid this kind of post or remove it for a long time. Beyond all, they are trying to make it more strong since the initial stage of pandemic. Facebook took down millions of these hate speeches and terrorist kind of posts from its platform. It reported an increase in the number of posts they removed in the first quarter of the year.

Facebook released these data as a part of its Community Standards Enforcement Report. The application’s improved automatic detection technology can find out the prohibited content easily. Moreover, it uses artificial intelligence to detect the violating content in the platform. The improved technology helps the application to match the text and image with previously removed posts. After all, Facebook put warning labels on about 50 million posts including misinformation and other sensitive content.

Also, Read Christopher Meloni: Actor Voices His Frustration Over The Trump Administration On The Pandemic 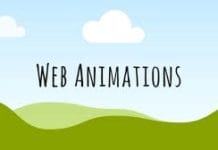