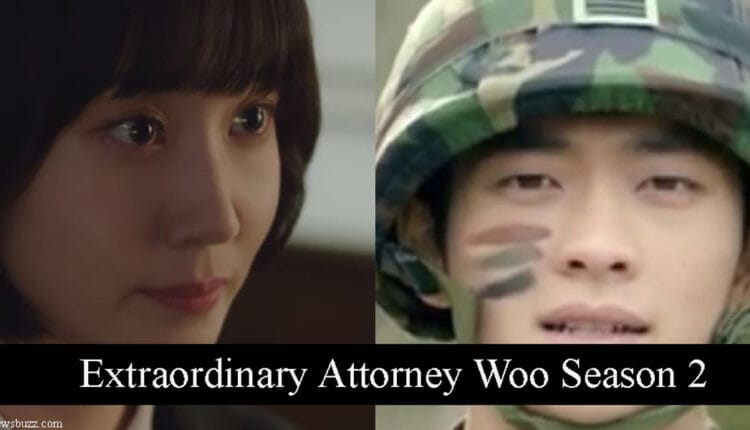 Netflix has an enormous collection of bewildering shows and there is no doubt that a large audience is mostly attracted to K-drama. K-dramas have already taken over the world and are slowly getting on everyone’s watch list. Fans are already curious to learn about the newly released Korean drama on Netflix and one of such shows is Extraordinary Attorney Woo.

The series started premiering its first season on June 29, 2022, and officially concluded on August 18, 2022. After the show was finally over, fans were confused about the future of the series. I was seriously wondering whether Extraordinary Attorney Woo is happening or not.

With the Korean drama released on Netflix, it marked its superiority on the screen. The show was well received by the fans and even the critic’s ratings were much appreciated. The drama came out as one of the most highly rated shows of the years and with IMDb and MyDramaList rating the show with 9.1/10 ratings, there were serious assumptions regarding season 2.

In this article, we’ll be going to share everything about the Extraordinary Attorney Woo series. We will further discuss whether there will be another season or not. Continue reading the article to find out everything.

Extraordinary Attorney Woo Season 2: Will there be Another Season? 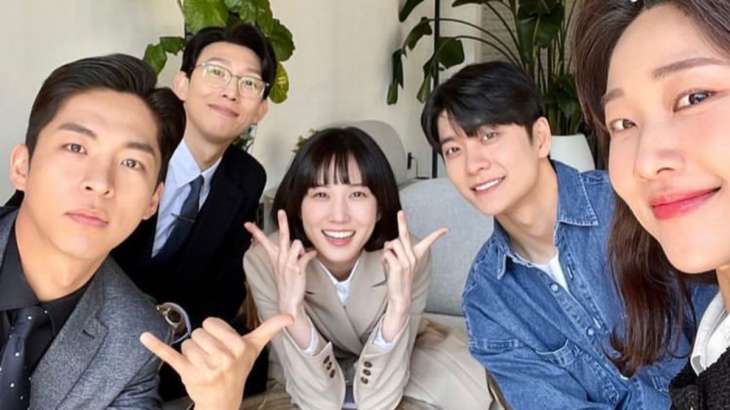 Extraordinary Attorney Woo has officially premiered on Netflix and the Korean drama has already proven its dominance on the streaming platform. After the first season of the legal drama went public, the show recorded humongous popularity among the people.

There is no doubt that the Korean drama has emerged as one of the most successful Korean series of the year. The drama has already marked 67 Million viewing hours in the sixth week of its release. Along with this, the show was among the top 6 non-English shows on the OTT Platform.

You may also like: Extraordinary Attorney Woo: the Park Eun Bin Starring Show Is Becoming Another Epic Korean Series!

Extraordinary Attorney Woo features the story of the intelligent lawyer Woo Young-woo who finds her way of life on the autism spectrum. With the brilliant story, the show has already begun one of the hottest topics. So, with so much popularity, won’t there be another season?

Extraordinary Attorney Woo ended on a cliffhanger and we are already aware that the officials will be bringing back the season. So, when the show was officially renewed, it didn’t surprise the fans much.

Extraordinary Attorney Woo Season 2 Release Date: When it is going to Premiere? 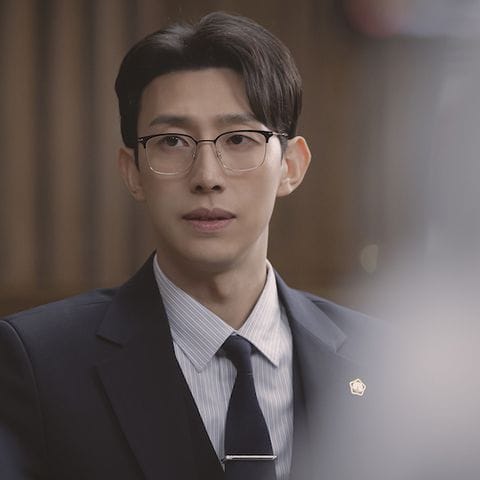 Not only this, but the officials further added “The goal is to air season two in 2024”

Extraordinary Attorney Woo will be coming in 2024. As of now, no exact release date has been mentioned by the officials but we are confident that the series will be premiering in the given year.

Extraordinary Attorney Woo Season 2 Cast: Who will be in it? In the second season, we are probably going to see all the original characters back on the screen. There is no doubt that the series will move further without the main cast entertaining in the role, For that, you can assume Park Eun-bin reprising the role of Woo Young-woo.

You may also like: Devotion Release Date: Everything You Need to Know!

Along with him, there will be Oh Ji-yul as young Woo Young-woo, Kang Tae-oh as Lee Jun-ho, Kang Ki-young as Jung Myung-seok, Jeon Bae-soo as Yoo Kwang-ho, Jang Seong-beom as young Woo Gwang-ho, Baek Ji-won as Han Seon-young, Ha Yoon-kyung as Choi Soo-yeon and Joo Jong-hyuk as Kwon Min-woo.

Along with this, we are going to expect Jin Kyung as Tae Soo-mi, Jung Han-bit as young Tae Soo-mi, and Joo Hyun-young as Dong Geu-ra-mi.

We don’t have any confirmation whether the series will bring some new characters or not, Netflix is yet to announce regarding it. However, we are sure that the original character is coming back. Lee Sang Baek has already revealed that no one is going to replace them in the show and everyone is likely to be back.

Extraordinary Attorney Woo Season 2 Plot: What Can we expect with it? 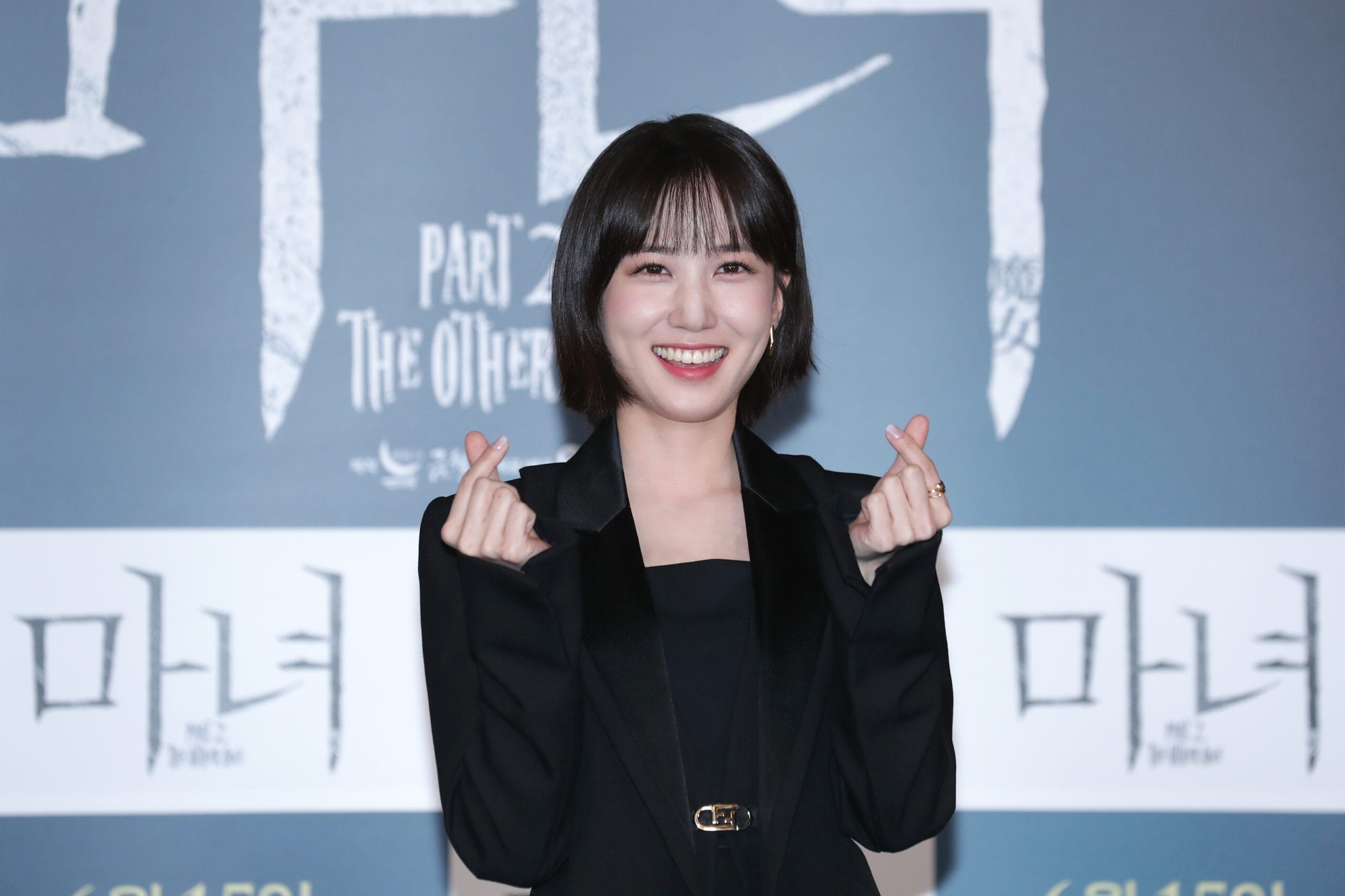 The second season of Extraordinary Attorney Who will probably follow the forthcoming things of the story. With the story concluded on a cliffhanger we are probably going to see things from the ending.

We know that Lee Jun-ho will be enlisting in the Military. South Korean culture allows the man to be a part of their military and Lee Jun-ho is preparing for his departure. In the second season, we might see Woo getting along with her life and it would probably be hard for her to be single.

There is another thing that might be added to the show is autism disorder. The people have reacted mixed regarding the show but it feels like something is happening to center the mental disorder. In a statement, the officials revealed

“I had to think about this being a drama, so there would be some media influence. I did not want to make a bad impact on the ASD (autism spectrum disorder) community,” Park said.

He further added, “I thought that I could not have any stereotypes or prejudices going into this project. That was one of my main concerns,” she continued. “Because this drama and its themes involve and concern a lot of people, I felt a sense of responsibility very heavily. I did not want to offend or hurt anyone.”

Like this article? Read more from our official website trending news buzz and get all the latest updates about the entertainment world. Follow the space and find out some of the exciting things.

How Much Auto Insurance Coverage Do High Net Worth Individuals Need?