Everything You Need To Know About The Expanse Season 5! 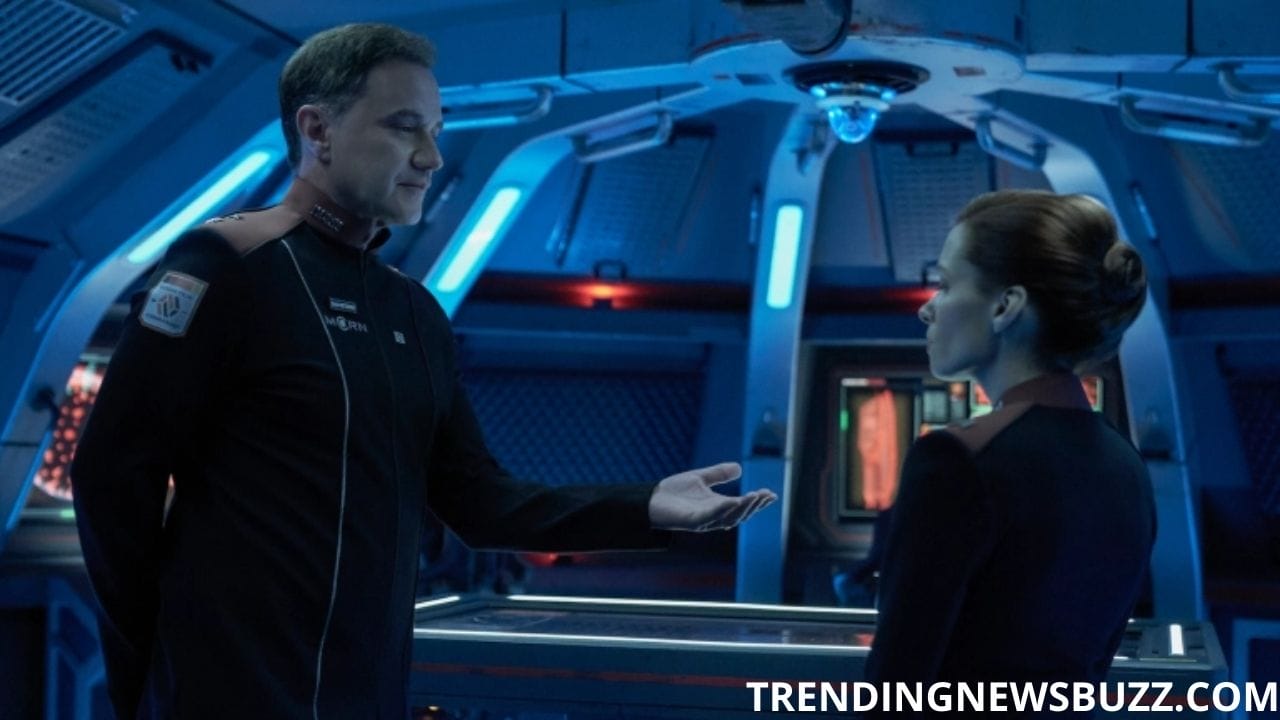 Expanse Season 5 hass been in recent talks after about one year of its release. Do you also wonder why? Don’t worry because this is what this article is intended to do. Yes, we have gathered everything that you need to know about the Expanse Season 5. Just keep reading this article till the end and we will definitely not disappoint you. Also we have a small reveal at the end which you would not like to miss!

If you love comedy reality television series, then this is for you! Also read: Sneak Peek Into The Eric Andre Show Season 5!

Expanse Season 5 is a television series that features a mysterious science-fiction drama which is set in the 24th Century. The first season of the series premiered on the 14th of December, 2015 and then it never stopped. The series also received a lot of love from the audience which was one of the reasons that even the makers also could not stop but renew the series for different seasons. 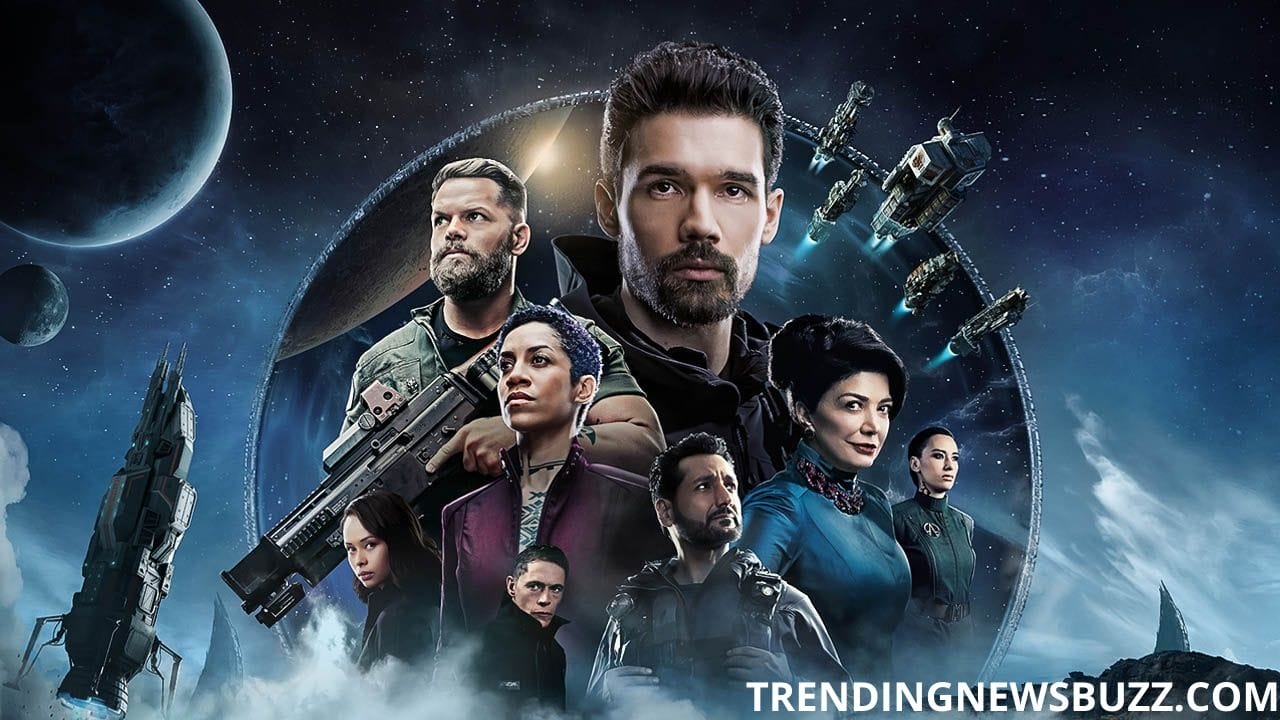 Expanse Season 5 is based on the novel series of the same name which is written by James S. A. Corey. Set in the future where humankind colonizes the solar system, this particular series is developed by Mark Fergus and Hawk Ostby. The season 5 of Expanse has a total of ten episodes with an approximate running time of fifty-five minutes.

Filming for the Expanse Season 5 began on the 23rd of September, 2019 and concluded on the 21st of February, 2020. This particular season has also received a lot of critical acclaim. 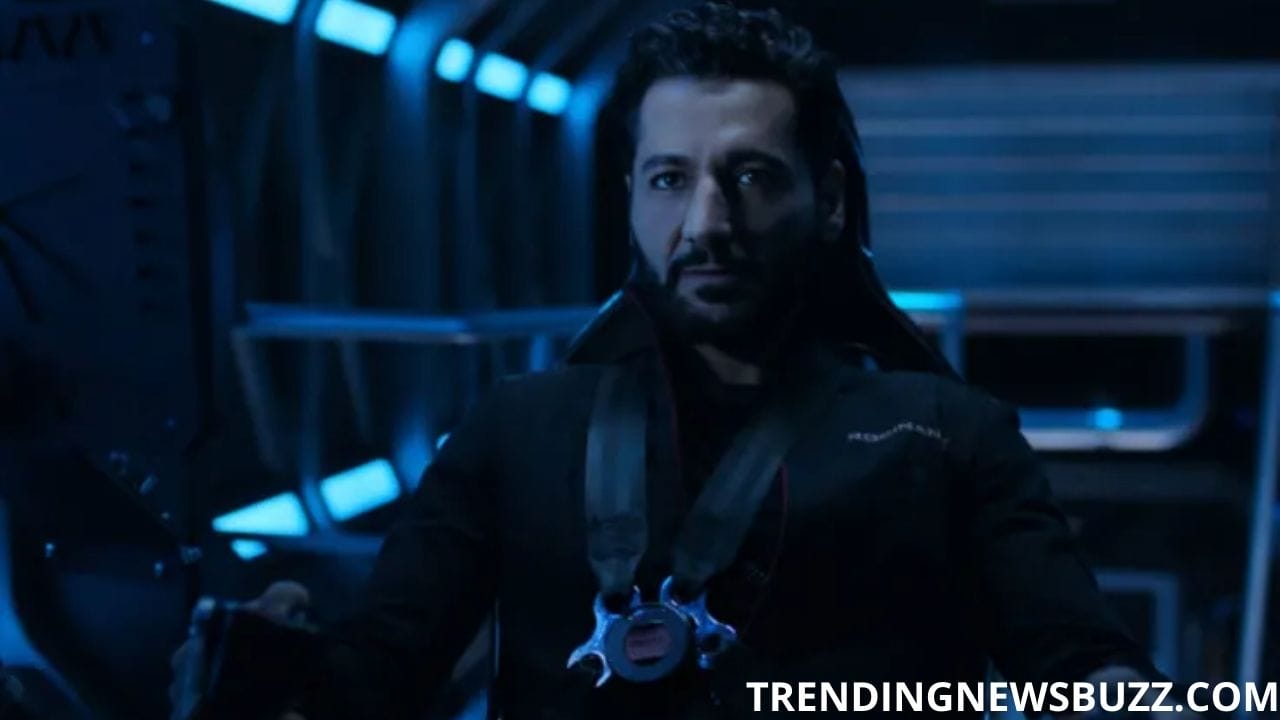 If you have loved watching the comedical character of Borat, then this is exactly what you are looking for! Don’t miss Borat 2: Movie Review, Plot, Critics, Controversies And More!

When Was Expanse Season 5 Released?

The first three episodes of the Expanse Season 5 made its debut on the 16th of December, 2020. It exclusively premiered on Amazon Prime Videos with ten episodes in count. Following this, the subsequent episodes were released in gaps of one week on every Wednesday, which ended with the premiere of the tenth and final episode for season 5 on the 3rd of February, 2021. 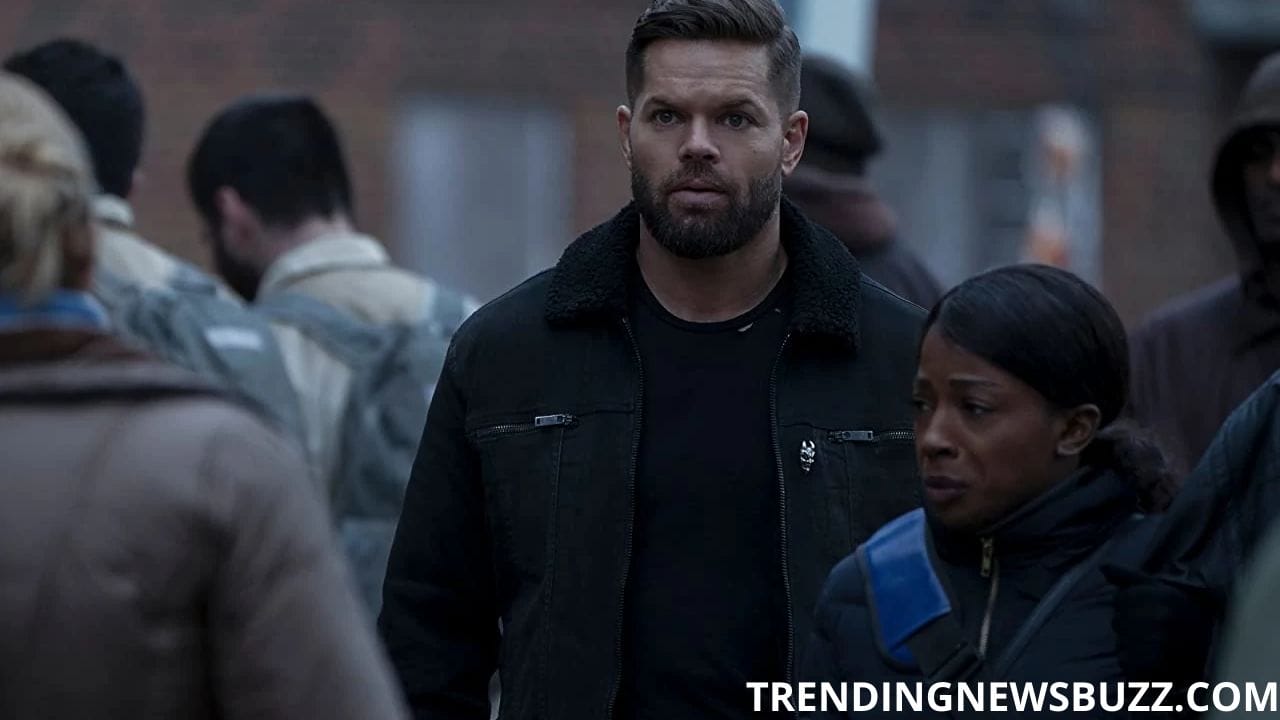 The fifth season of Expanse was renewed by Amazon in the month of July, 2019. It was only from the fourth season that Amazon Prime Videos held the streaming rights of the Expanse franchise.

One of the top trending topic  is here! Have you read it yet? What are you waiting for? Don’t miss What’s Brewing For The Most Iconic Episode of Game of Thrones: Battle of The Bastards?

Have You Watched The Expanse Season 5 Trailer?

Now, before we move further with this article, let us take a quick look at the trailer for the Expanse Season 5. Just like us, you too will deeply involve yourself in the Sci-Fi aura! Watch it below:

What Are The Episode Titles For Expanse Season 5? 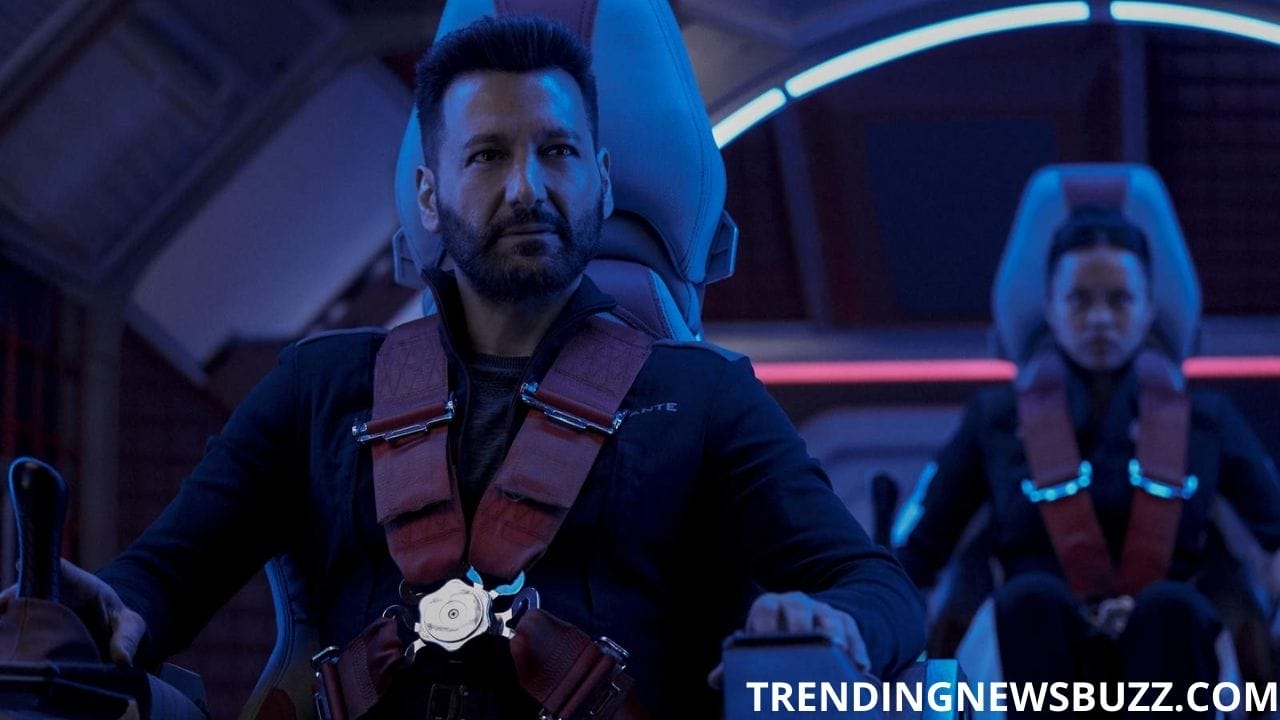 As mentioned earlier in this article, Expanse Season 5 was released in a 10-episode format. Here is a list of the episode titles for you:

If you have always loved the horror mystery but cannot decide on what to watch, then also read Servant Season 2: Everything We Know That You Would Not Like To Miss!

Who Were On The Sets of The Expanse Season 5?

With an amazing Sci-Fi story, the Amazon exclusive Expanse Season 5 also features an amazing cast. Here is the list for you: 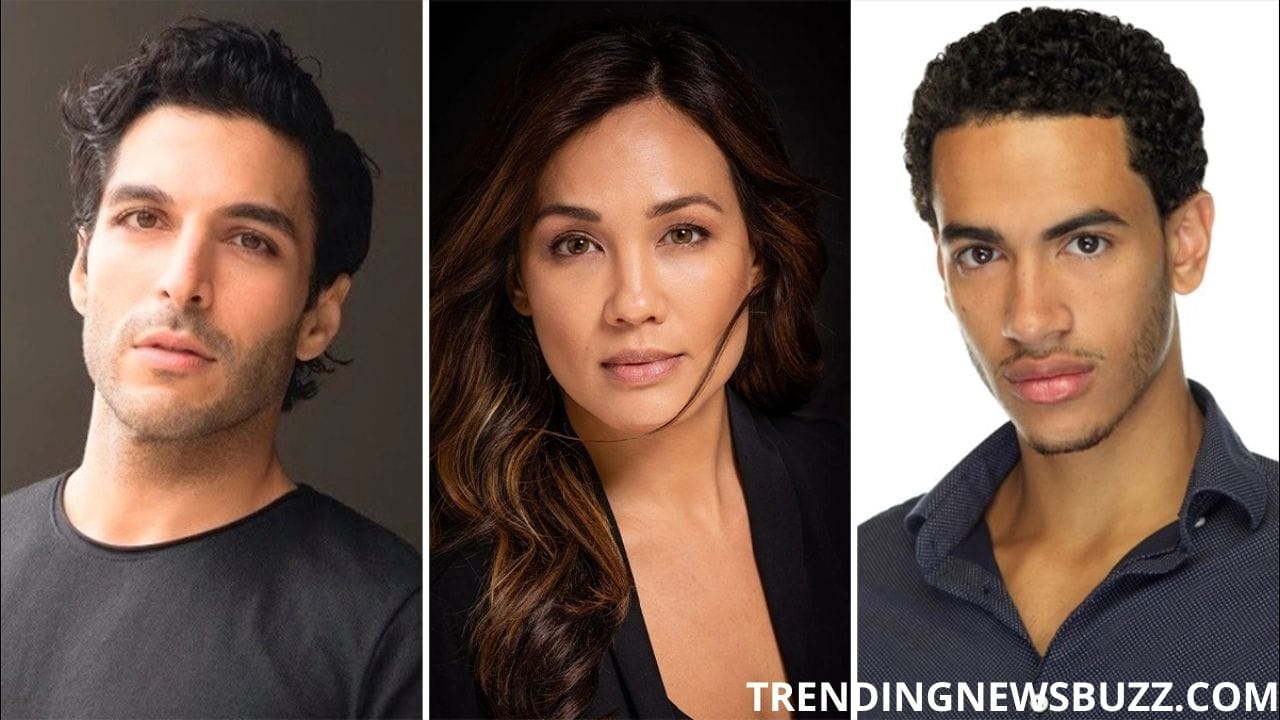 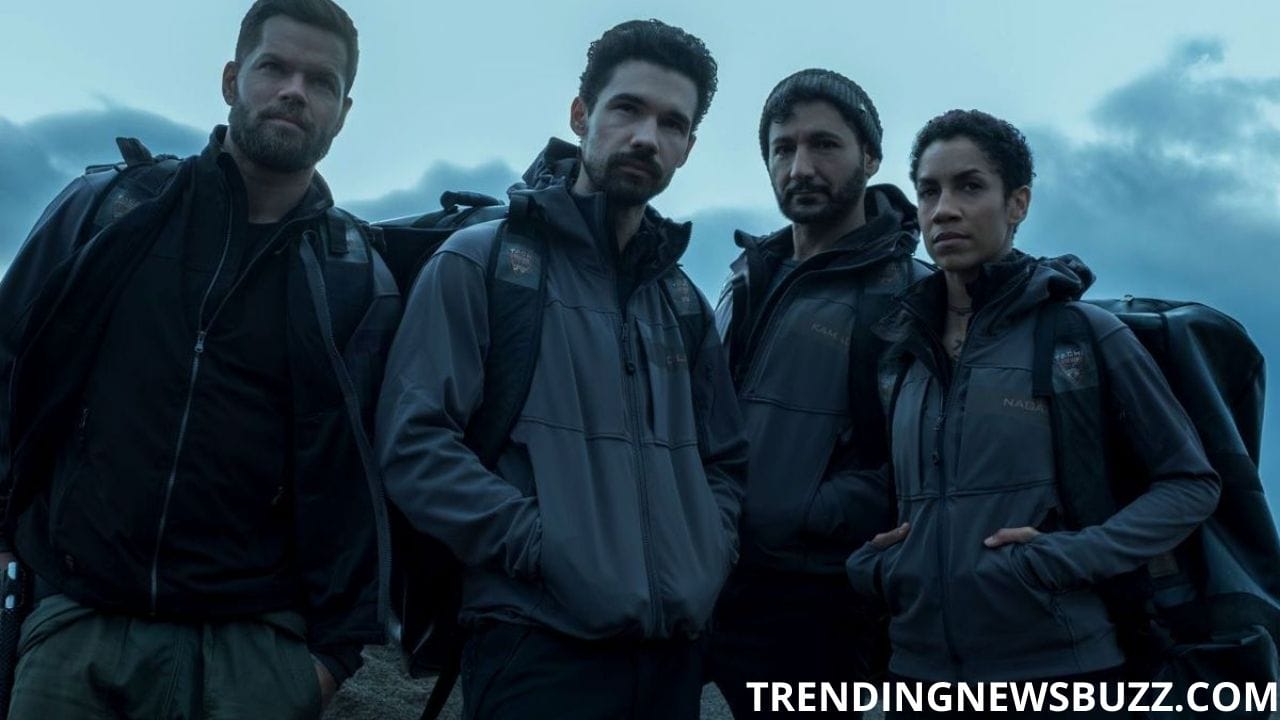 New Addition to Cast in Season 5

Have you heard about Narcos Mexico? Don’t worry, we have also got that for you! Don’t miss The Final Blow: Narcos Mexico Season 3 Is Just On The Way!

What Is The Plot of Expanse Season 5?

Set amidst hundreds of years in the future with the solar system being captivated by the humans, Expanse Season 5 picks up at a juncture where humans seem to leave the solar system in search for new homes and vast estates on other earth-like worlds beyond the solar system. But that was not all, all these mess brought along personal challenges that have wide-reaching repercussions that concern the whole of the solar system. 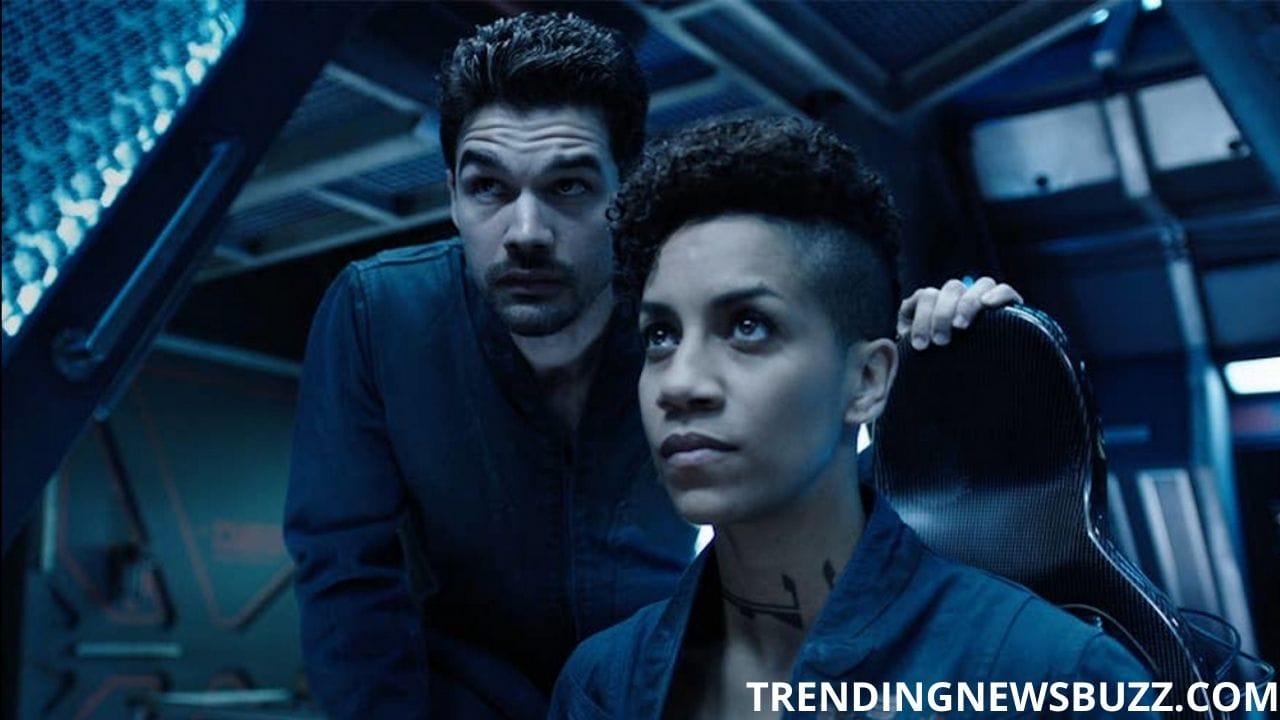 A deadly secret agreement tends to threaten the planet as the Rocinante crew continue the journey with their personal missions, but without their ships. Amos returns to Earth, Naomi reaches out to her estranged son and Bobby and Alex confront the Mars collapsing. All the other members of the crew also intend to resolve their own  missions. While Draper and Avasarala investigate the growing threats from military ties, Marco amasses a Belter fleet and attacks the planet Earth through shielded asteroids. 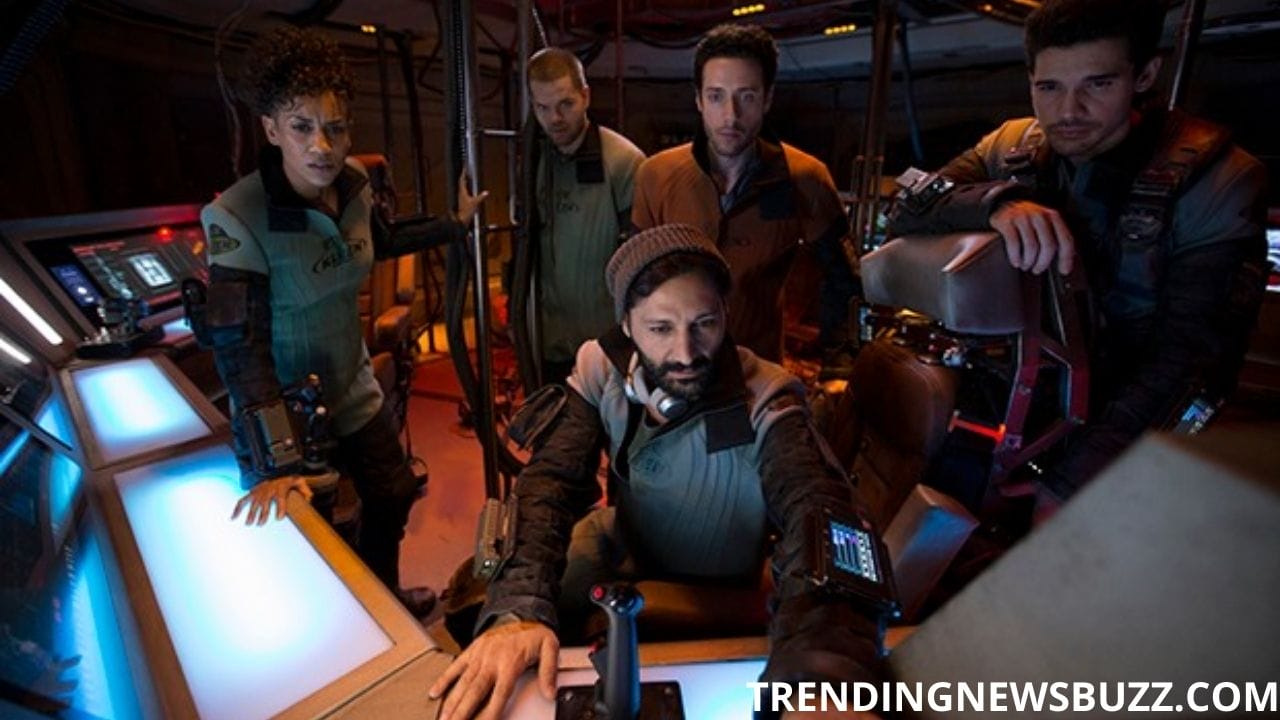 All of these sound super amazing, don’t it? If you have already read the book, you can guess the madness that Expanse Season 5 brings along, right? We feel like watching the whole season all over again!

Do you know one of the most famous animated series is getting a live action? Wonder which one? Here it is! Also read Netflix’s One Piece- Live Action And Everything We Know So Far!

Will There Be Expanse Season 6? 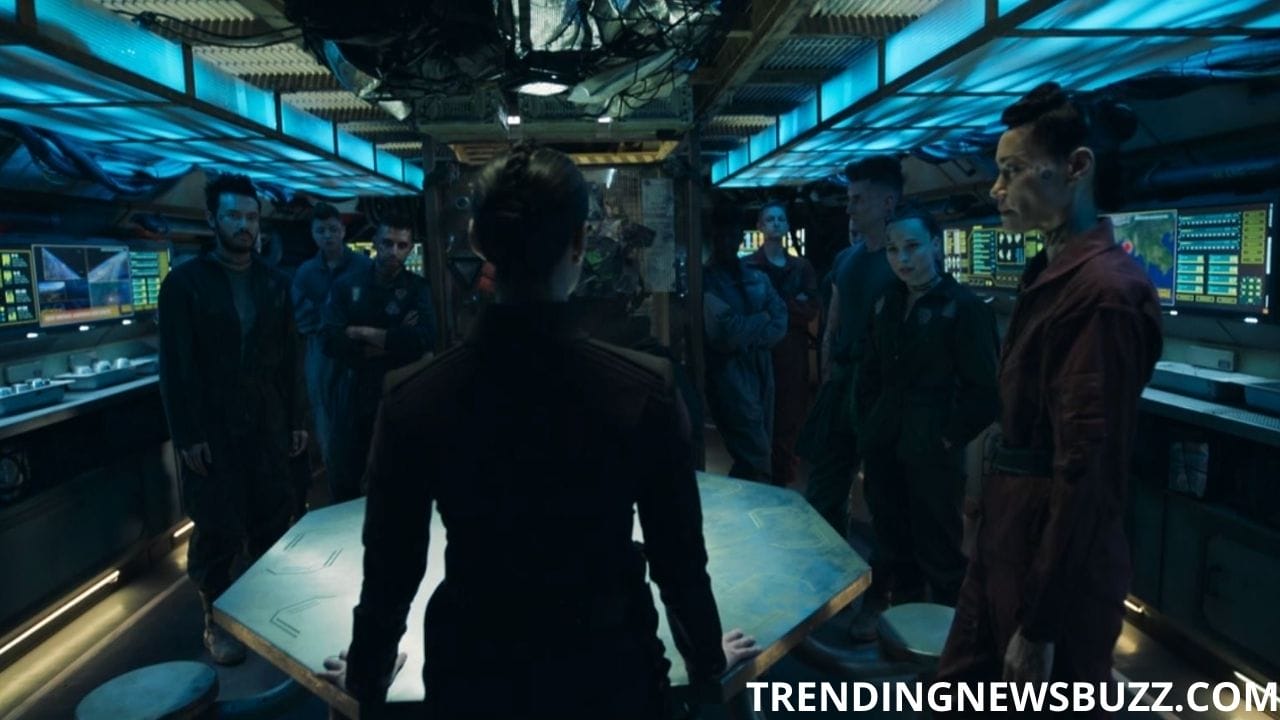 Yes, the Expanse season 6 is all set to make its debut on the 10th of December, 2021. Now this was our ‘small reveal’ that we talked about at the beginning of this article. Amazon revealed that the sixth season is going to be the final season for this series. Filming for this season started in the month of January, 2021 and ended in May 7, 2021.It is also reported that Expanse Season 6 will be released in a 6-episode format.

If Comedy genre excites you, then also read 5 Interesting Facts About Whiskey Cavalier!

With an IMDb rating of 8.5 out of 10, this particular season of the Expanse received huge critical acclaim for its visuals, character development and political narrative. It has also been described as the ‘space opera’. On Rotten Tomatoes, Expanse Season 5 has a rating of 8.8 out of 10. 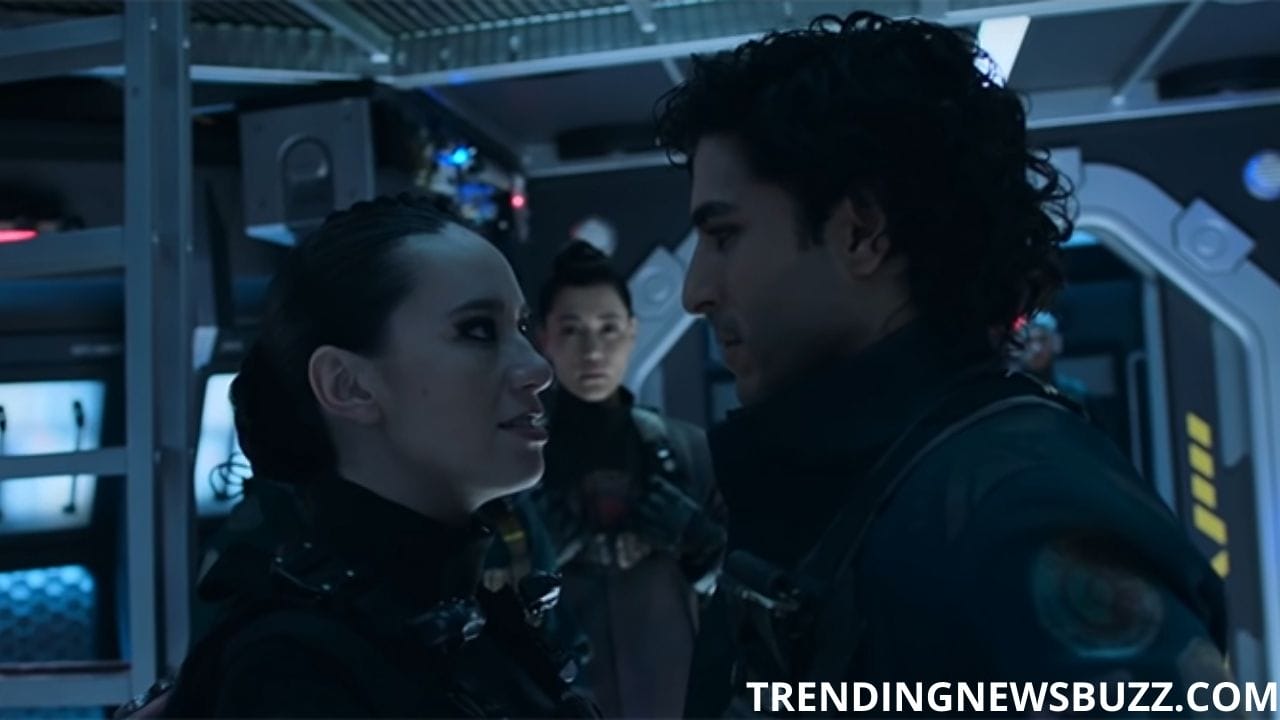 Not only the critics, the audience also poured all their hearts into the series. They love every bit of it and can’t wait to watch more of it. They believe Expanse Season 5 has taken up the genre of Sci-Fi to a next level.

Did You Know? The Expanse series has received the Hugo Award for Best Dramatic Presentation.

Expanse Season 5 has so much to offer to its audience. If you have not watched it yet, then you know what you are missing, right? Fans are also rewatching the series multiple times and we can’t wait for our chance too. 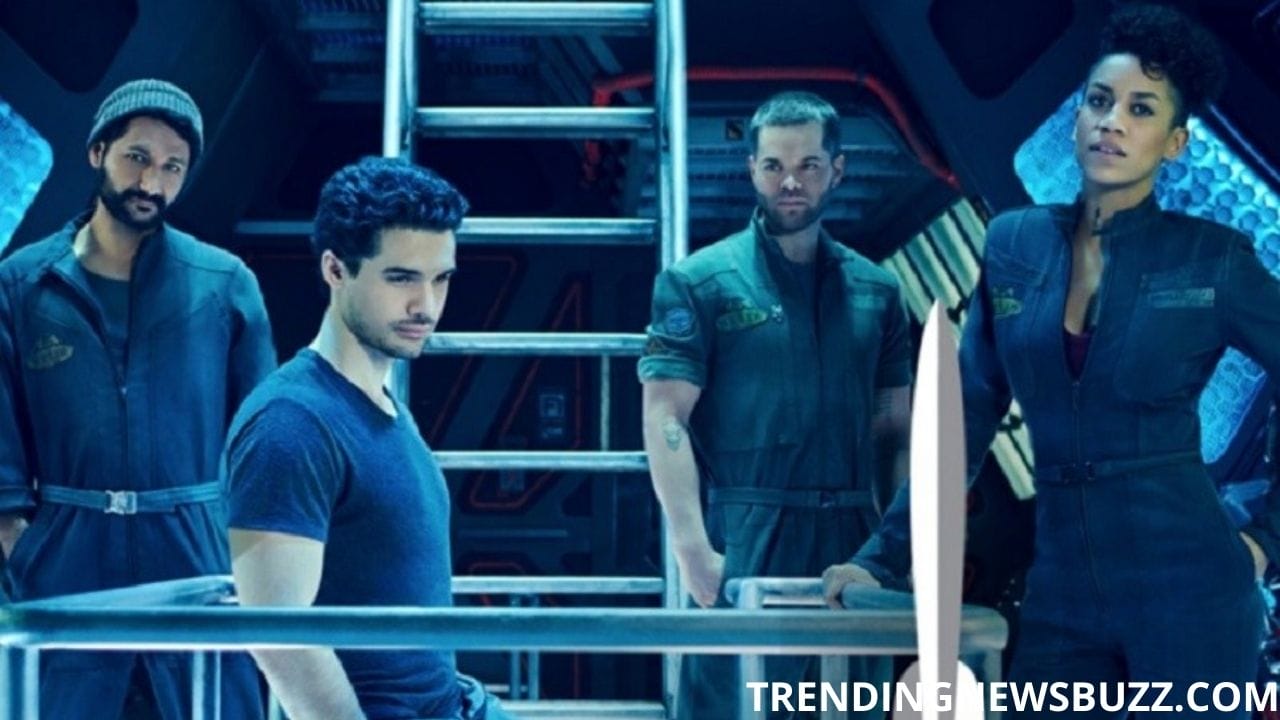 That was all that we had to offer for Expanse Season 5. Hope it was helpful. Tell us about your views and thoughts in the comment section below. We would love to hear from you!

John Cena Starrer Peacemaker Is Paving Its Way Towards Your Screens Soon!

Comedy Drama Film Yes Day Is Here To Make You Laugh Your Soul!