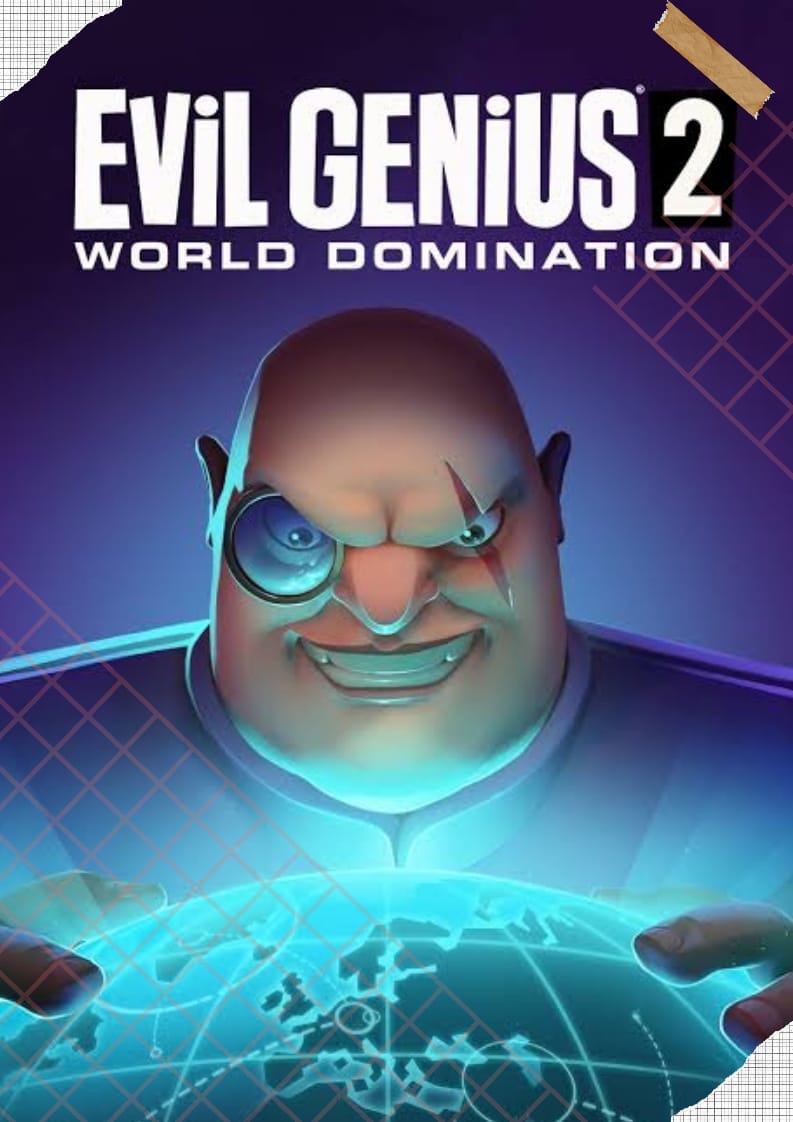 Have you got the shady tinge and the villainous desire to do what it takes to become the Ultimate Evilmaster of all time? If yes, then you are at the right place!

We all have had that brooding smile and wicked wish to be the baddest villain in town, most of which we can relate with the criminal mastermind, Gru, from the ‘Despicable Me‘ series. 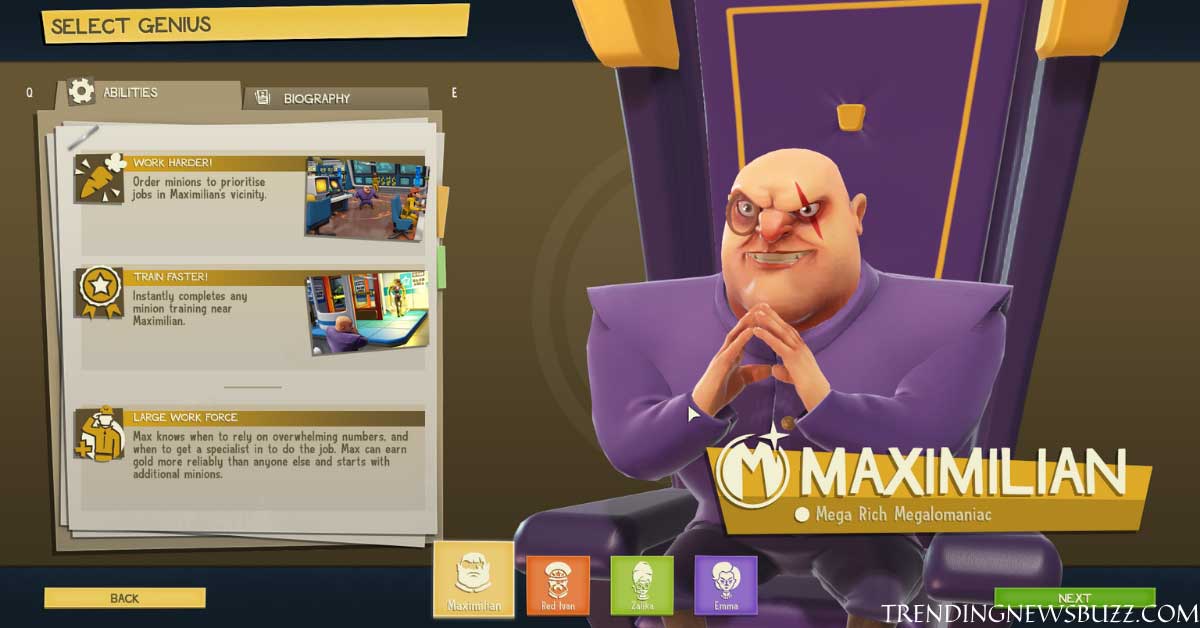 The satisfaction of being the most powerful baddie with an army of minions to execute all our wicked plans seems so surreal that it surely ignites the darkest fires within us to go to the next level of evil.

For such evildoers, Evil Genius 2 is the best platform to showcase their rogue brilliance and deceptive intelligence.

Are you ready? Let us get started! 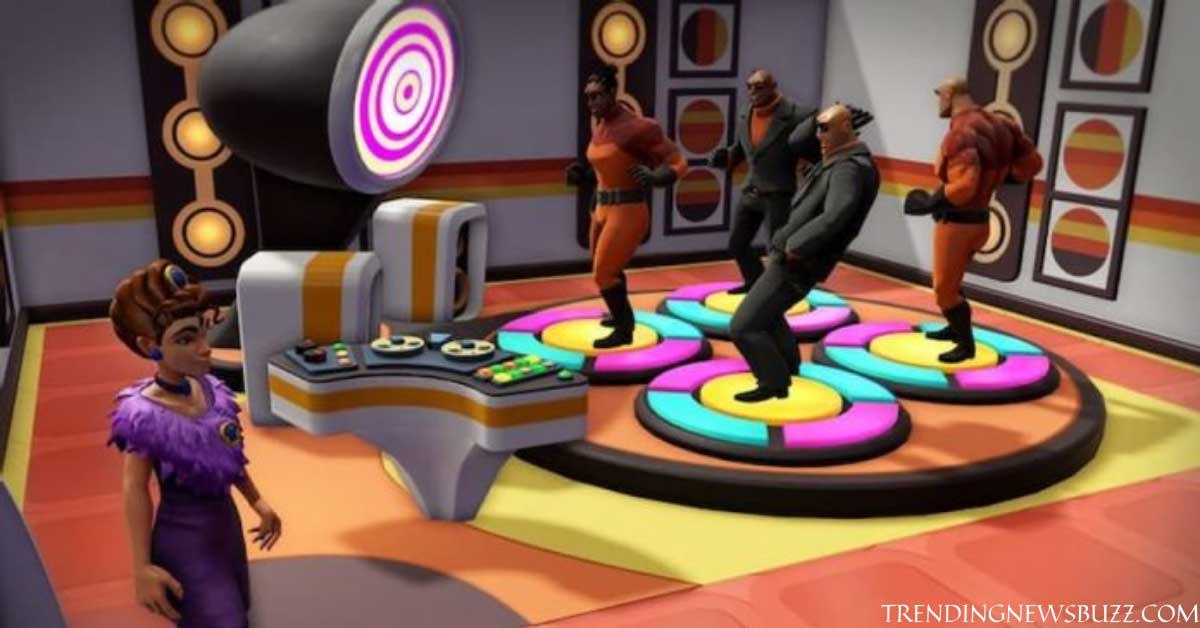 Evil Genius 2: World Domination, a sequel to Evil Genius (2004), is a single-player real-time strategy and simulation video game that has been developed by the Rebellion Developments.

If you know its the previous version was launched back in 2004 by Elixir Studios which was bought by Rebellion Developments in 2005 after its closure.

And that sequel of the game launch recently took place on 30th March 2021 for Microsoft Windows. That’s quite a short while back!

And another good news is that it is set to be released on other platforms by Q4 2021.

Imagine having an island as your secret lair to carry out your devious ideas!

The background of the game is set on a tropical island where one can set their secret lair with a casino on the outside as a cover.

There are mainly 4 evil masterminds in the beginning i.e. a former spymaster Emma, ex-henchman Red Ivan, the gold-fanatic despot Maximilian, and the scientist Zalika to choose from and 3 islands to choose to set your lair. 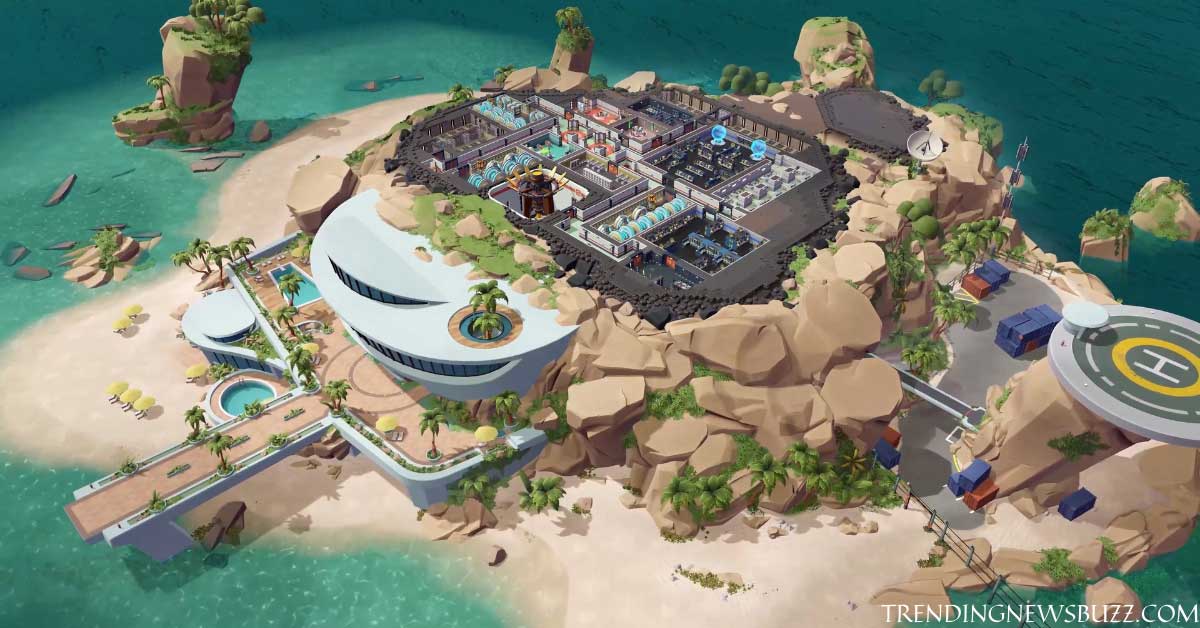 And your task as the player is to construct different rooms, infrastructure, and amenities to support the operation of the base and unlock new operations, set up traps that kill infiltrating agents, and maintain the base’s defenses, all in order to fulfill the ultimate objective of developing a doomsday device and render the Forces of Justice to surrender. 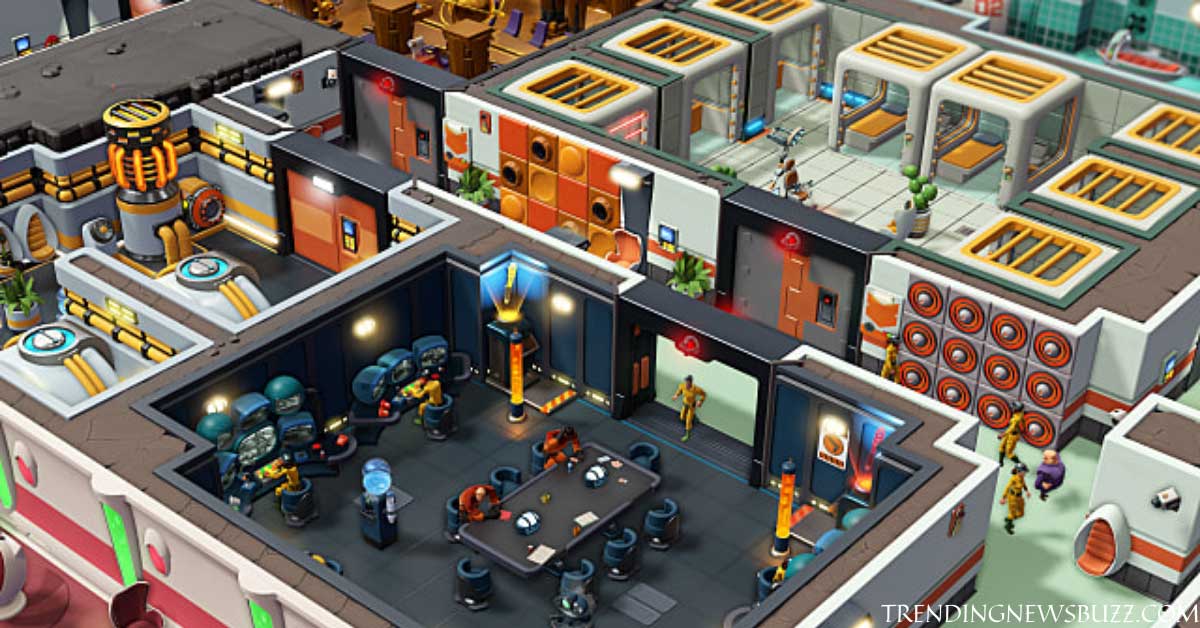 The game runs easily and efficiently on Microsoft windows with the following basic system requirements:

That’s all you need to get going with the game!

Later, the game will be available for play on PlayStation 4, PlayStation 5, Xbox One, and Xbox Series X/S as well. 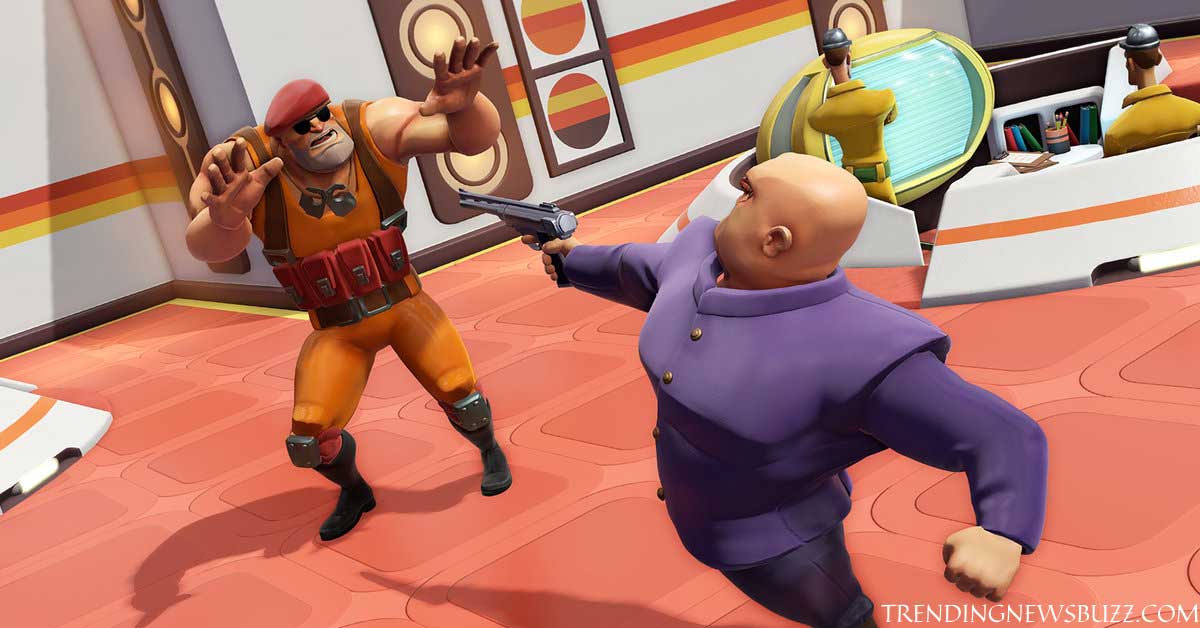 The original Evil Genius launched back in 2004 had more of a spy-thriller genre with the background set in the early 1960s and 1970s with stylish cartoon-like characters, tingling humor, and clichè visuals depicting the early James Bond spy films taste.

Wow! That would seem like a classic movie from the early 1960s. And make you feel like James Bond!

The Evil Genius 2 on the other hand gives a more inclination on modern graphics, better visuals with well-built themes, and a typical reminder of the ‘Despicable Me’ series.

Have you played the Evil Genius? If not then it’s time you must give it a try! I am sure you will love it.

Who the fool would miss the trailer? I am not going to miss watching the trailer. And the same goes for you. Below is the trailer link that you must watch! Also, there are some gaming tips videos to help you become good at gaming.

The game launch recently took place on 30th March 2021 for Microsoft Windows users, while for Playstation and Xbox Lovers, the release seems to be around in Q4 2021. 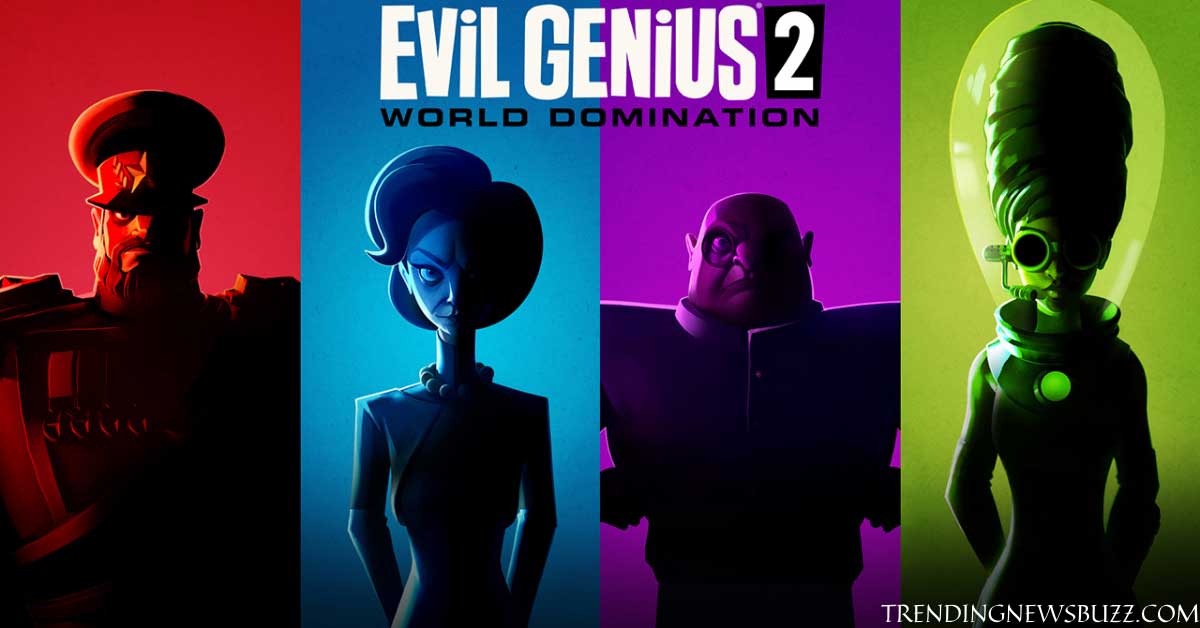 Gaming lovers can never stop at winning. And for the Evil Genius, 2 every one of the gamers out there should not miss this chance.

Grab your laptop and let us start to make a new gaming move!

Do share your experiences with us in the comment box below. And also let us know how helpful this article was to you!