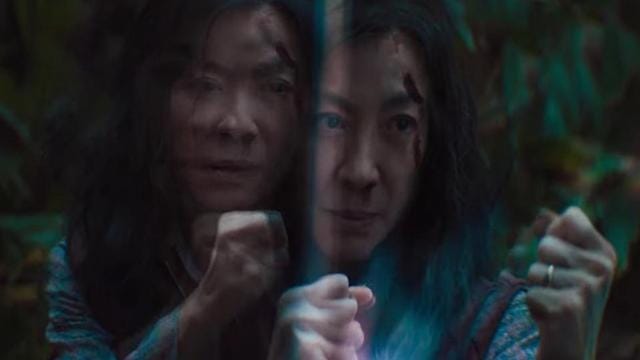 In this article we’ll keep you update with all the latest information about Everything Everywhere All at Once. Let’s have a look what we have found out so far for you.

Everything Everywhere All at Once is an American absurdist comedy-drama film. The film is written and directed by Daniel Kwan and Daniel Scheinert. It stars Michelle Yeoh, Stephanie Hsu, Ke Huy Quan, Jenny Slate, Harry Shum Jr., James Hong, and Jamie Lee Curtis.

Quick Facts: Everything Everywhere All at Once

Plot: Everything Everywhere All at Once

This is the story of Evelyn Wang, a woman in her fifties, She runs a busy laundromat business with husband, Waymond. Her life starts becoming complicated due to many events that take place one by one. Her aged father comes to stay with them in their apartment from his old-age center in China. Her daughter Joy who has a female partner named, Becky. Joy wants her mother to accept Becky. Evelyn seems to be messed up with all these events, she finds problems with Joy’s lifestyle, tattoos, a white non-Asian, woman partner, and her demanding father.

FOR MORE:- Turning Red: One of The Most Controversial Movies! Check Out Now

Evelyn and Waymond are about to go to the IRS office on the day of the Chinese New Year. Their business is being investigated for tax evasion, Joy also accompany them as a translator. Neither Evelyn nor Waymond understand English because they have not been invested in other cultures as Joy has been.

Joy arrives with Becky and disappointed Evelyn suggests them to stay back alone and that she take Gong Gong along with her to the IRS office. Joy tries to convince her mother, but Evelyn is not convinced. Joy drives away in her car with Becky.

Evelyn goes over to the revenue office with Waymond and her father. When all three of them take the elevator inside the building, Waymond acts very weird and fits two small devices on Evelyn’s ears and runs program on a smartphone. Evelyn suddenly realizes her entire life flashes in front of her eyes; Her father’s disappointment when she was born, meeting Waymond and deciding to leave China with him, abandonment of parents, Joy’s birth, their not so loving bond which causes distance between her and her daughter.

Waymond leaves her with a note of instructions where she has to follow in the IRS meeting. During the meeting with IRS agent Deirdre, Evelyn follows all the instructions to magically get herself warped to inside a cramped janitor’s room along with the different Waymond. 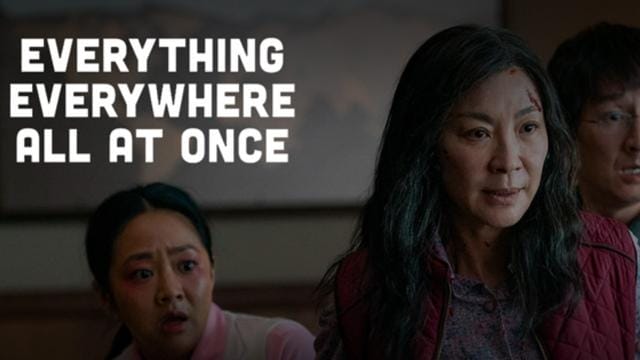 Cast: Everything Everywhere All at Once

Trailer: Everything Everywhere All at Once

Check out the trailer below for Everything Everywhere All at Once.

Release: Everything Everywhere All at Once

On March 11, 2022 Everything Everywhere All at Once had its world premiere at the South by Southwest film festival. On March 25, 2022, It had a limited release in theaters followed by a nationwide release on April 8, in the United States by A24.

On June 7, 2022, The film was released on digital streaming platforms, and was released on Blu-ray, DVD, and Ultra HD Blu-ray on July 5, 2022, by Lionsgate Home Entertainment.

To conclude the article, we hope you enjoyed reading this article. We tried our best to keep you update with all the latest information regarding, Everything Everywhere All at Once.

Everything Everywhere All at Once is a 2022 film that reveals the idea of lots of tension going on in Evelyn’s life that presents the Absurdity human live with. The film was described by The New York Times as a “swirl of genre anarchy”. It adds elements of black comedy, science fiction, fantasy, martial arts film, and animation.