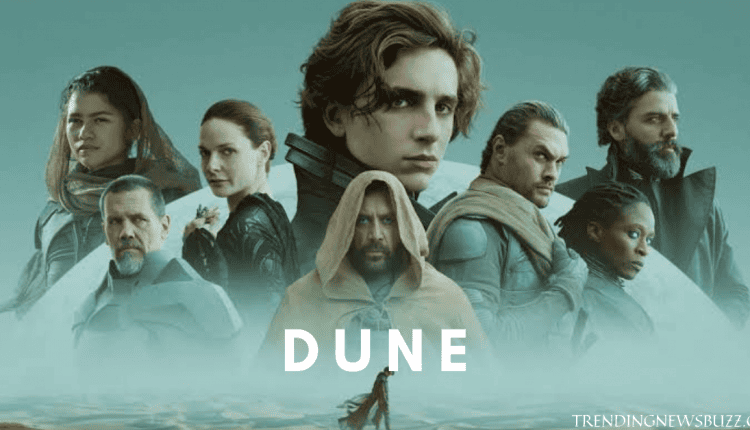 The narrative of Paul Atreides, a smart and gifted young man born into a vast destiny beyond, is told in “Dune,” a mythological and emotionally charged hero’s journey. As a result, this is a thrilling classic film. That is why I have compiled a list of everything you need to know about the film Dune!

Denis Villeneuve’s Dune (also known as Dune: Part One) is a 2021 American epic science fiction film directed by Denis Villeneuve and based on a script written by Jon Spaihts, Villeneuve, and Eric Roth.

It is the first installment in a proposed two-part adaptation of Frank Herbert’s 1965 novel of the same name, focusing on the first half of the book. It follows Paul Atreides and his noble House Atreides as they are thrown into a conflict over the perilous desert planet Arrakis in the far future.

On September 3, 2021, Dune opened at the 78th Venice International Film Festival. On September 15, 2021, Warner Bros. Pictures released it in 2D, 3D, and IMAX theatres throughout the world.

On October 22, 2021, Dune was released in theatres and streamed on HBO Max at the same time. It garnered positive reviews from reviewers for its graphics, breadth, and ambition, and has made $241 million worldwide against a $165 million production budget.

What Is The Plot of The Dune Movie? 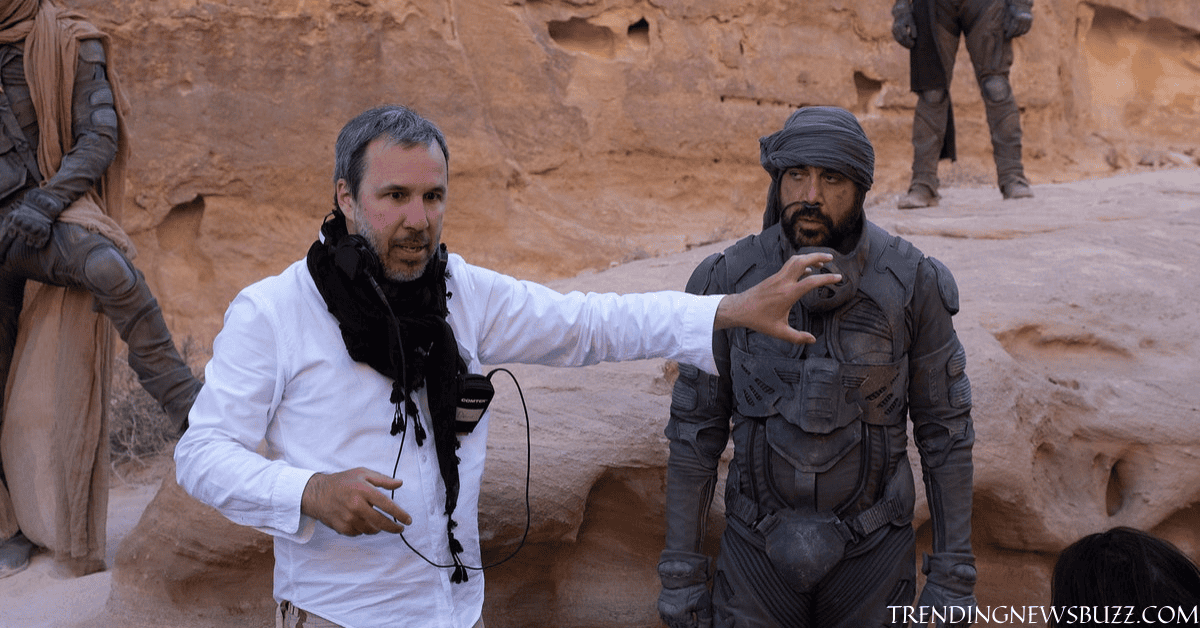 The Padishah Emperor Shaddam Corrino IV appointed Duke Leto of House Atreides, ruler of the ocean planet Caladan, to succeed House Harkonnen as fief lord of Arrakis in 10191. Arrakis is a harsh desert planet that is also the only source of “spice,” a precious chemical that increases human longevity and is necessary for interplanetary travel.

In actuality, Shaddam plans to have House Harkonnen conduct a coup using the Emperor’s Sardaukar warriors to seize the planet, erasing House Atreides’ influence, which threatens Shaddam’s rule. Leto is nervous, but he sees the political benefits of dominating the spice planet and forming an alliance with the local people, trained fighters known as Fremen.

Lady Jessica, Leto’s consort, is an acolyte of the Bene Gesserit, a female-only order with exceptional physical and mental powers. Jessica was told by the Bene Gesserit to have a daughter who would be the Kwisatz Haderach’s descendent, but she instead had a son, Paul.

Leto’s assistants, Duncan Idaho, Gurney Halleck, and the Mentat Thufir Hawat, train Paul throughout his childhood, while Jessica instructs Paul in Bene Gesserit’s disciplines. Paul tells Jessica and Duncan that he is having difficulties sleeping because of images of the future.

The Reverend Mother Gaius Helen Mohiam visits Caladan as a result of these visions and submits Paul to a lethal test to gauge his impulse control, which he passes. Later, during his revolution, Mohiam urges House patriarch Baron Vladimir Harkonnen not to execute Paul and Jessica. He agrees underhandedly, arranging for their killings to bring the Atreides line to an end.

House Atreides lands at Arrakeen, the erstwhile bastion of House Harkonnen on Arrakis, where Duncan and an advanced team have been studying the planet and the Fremen.

Leto meets paleontologist and imperial judge Dr. Liet-Kynes and negotiates with Fremen leader Stilgar. Leto, Paul, and Halleck are warned by Kynes about the perils of spice gathering, which include huge sandworms that move beneath the desert.

They see a sandworm approaching an active spice harvester with a stranded crew during a trip. Before the sandworm consumes the crew, they are rescued. Paul’s premonitions are triggered by his exposure to spice-laden air.

Following a Harkonnen agent’s assassination attempt on Paul’s life, Leto orders his men to be on high alert. Arrakeen’s protection shields are disabled by Suk doctor Wellington Yueh, allowing Harkonnen and Sardaukar soldiers to crush the Atreides army. Yueh knocks Leto out and tells him he made a deal with the Baron to deliver him in return for his wife’s release.

After delivering the Duke, Yueh replaces one of Leto’s teeth with a poison gas capsule and is murdered. The deadly gas is released by Leto, killing members of the Baron’s court as well as himself, but the Baron lives. Duncan manages to elude capture and steal an ornithopter, but Paul and Jessica are apprehended. They are taken to the desert to perish by Harkonnens, but they are defeated utilizing a Bene Gesserit talent known as “Voice,” which allows them to dominate people verbally.

Paul and Jessica spend the night in a tent after discovering a survival kit left for them by Yueh. Paul has visions of a “holy battle” waging in his name throughout the cosmos. To recoup the cost of the revolution, the Baron gives over the authority of Arrakis to his brutish nephew Rabban, who is ordered to sell spice stocks and begin production.

Duncan and Kynes find Paul and Jessica and lead them to an abandoned research station, but Sardaukar swiftly tracks them down. Duncan and a number of Fremen make selfless sacrifices to allow Jessica, Paul, and Kynes to flee the institution.

When Kynes is attacked by Sardaukar’s forces, she entices a sandworm to eat them all. When Paul and Jessica arrive in the deep desert, they encounter the Fremen, including Stilgar and Chani, the girl from Paul’s visions. Jamis, a Fremen warrior, objects to their entry and is murdered in a ceremonial battle to the death of Paul. Despite Jessica’s requests, Paul declares that they would stay on Arrakis alongside the Fremen in order to reclaim the city.

Who Is In The Star Cast Of The Dune Movie?

Who Is The Prime Antagonist in The Dune Movie?

Baron Vladimir Harkonnen is the personification of greed and tyranny, a malevolent entity aiming to fuel his addiction to cruelty.

The intimidating leader of House Harkonnen, a gravity defying behemoth of a man flying through the air like a phantom, guarantees his house stands in striking juxtaposition to House Atreides, governing via terror and intent to plunder Dune’s natural resources at whatever cost to its people.

Is Dune Based On A Book? 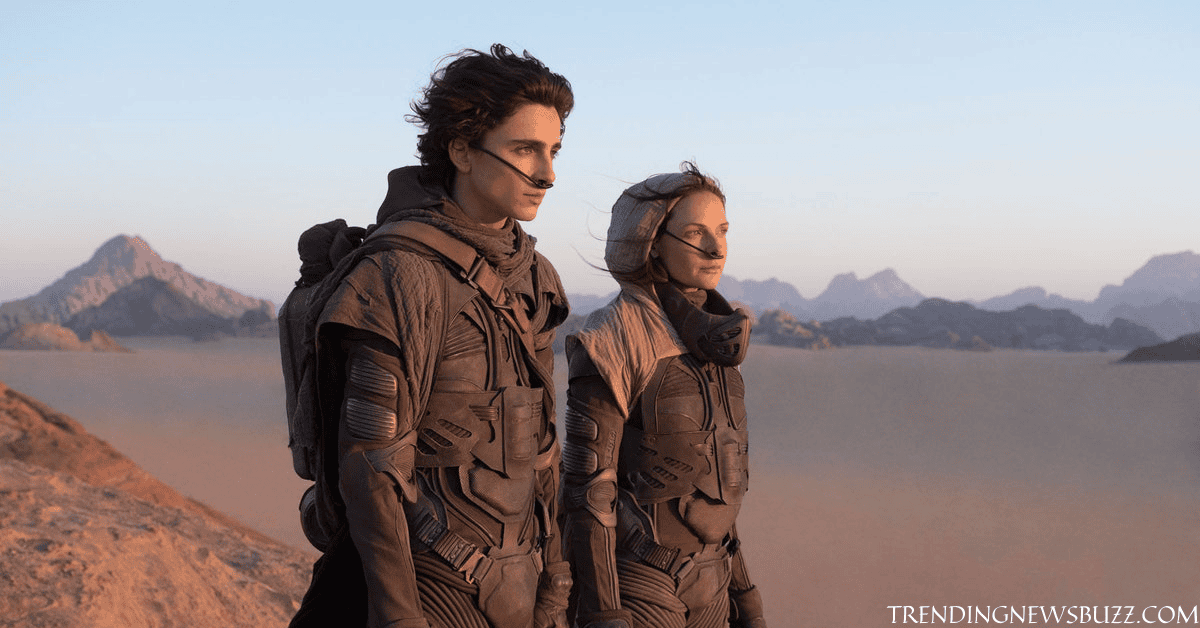 Dune is a 1965 science fiction book by American author Frank Herbert that was first serialized in Analog magazine in two parts. In 1966, it tied for the Hugo Award with Roger Zelazny’s This Immortal and won the first Nebula Award for Best Novel. It is the first book in the Dune trilogy, and it was named the world’s best selling science fiction novel in 2003.

The 2021 Dune is the first installment in a two-part adaptation of Frank Herbert’s novel Dune, which was published in 1965. In 2019, filmmaker Denis Villeneuve told Collider, “I would not agree to produce this adaptation of the novel in one single movie.”

What Is The IMDb Rating And Reviews Of The Dune Movie?

Dune, a feature adaptation of Frank Herbert’s science fiction novel, about the son of a noble family entrusted with the protection of the most valuable asset and most vital element in the galaxy, has an IMDb rating of 8.2 out of 10. This rating has been acknowledged by more than 260K IMDb users so far! The Dune movie can be considered to be a high rated movie by IMDb.

How Good To Watch Is The Movie Dune?

The grandeur of this picture is enormous and unlike anything I have ever seen before, making it a joy to watch on a huge screen. Denis Villeneuve (Sicario, Arrival, Blade Runner 2049) directed by far his finest picture to date, and it is simple to see why this was postponed since Covid would have wrecked most people’s theatre experience.

The photography, acting, storyline, and fidelity to the source novels are all breathtaking. Magnificent, awe-inspiring, electric, and completely outstanding. The tale feels alive as if it is being told in several ways.

Denis Villeneuve can bring his credible concepts to what was originally thought to be unfilmable based on previous attempts by other filmmakers, but which eventually failed because of how vast the globe is to reproduce, and the plan is now made possible.

If we do not get a sequel and see the finish of the epic narrative, we will never know how much devotion he put into his work. It is, in fact, official. The sequel is in the works.

The fact that he was able to cram so many intricacies into such a short film, as well as the $165 million budget, is incredible. Because of how well he invested the resources he had, I was persuaded it looked like $200 to $245 million.

Also, the costume design is spot on, and the locales are fantastic. It demonstrates that you do not need a huge budget for beautiful CGI when it is best to use as minimal CGI as possible to match the element of the real time narrative.

Everything just made sense, the sets were flawless, and the film showed us more than it told us. Everyone who worked on this film has my respect and appreciation. This is an excellent adaptation of a complex and deep work of literature.

Where Can I Watch The Dune Movie?

Dune will release on HBO Max on the same day that it releases in cinemas, giving subscribers the option to watch at home.

Will There Be The Dune 2? 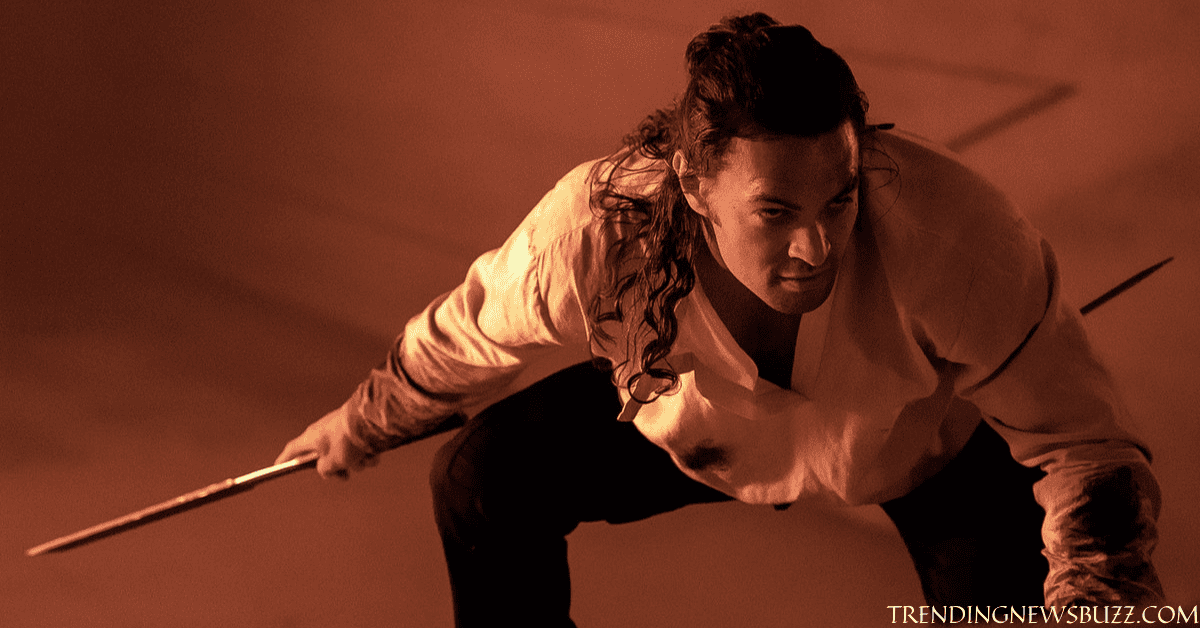 A week after its release, Dune: Part Two was confirmed. The sequel, directed by Denis Villeneuve and starring Timothée Chalamet, will be released in theatres in the fall of 2023. In a statement, Villeneuve stated, “I just received confirmation from Legendary that we are officially moving forward with Dune: Part Two.”

The movie Dune has got a lot more to be explored. And soon we will come up with something more about it and other entertainment! Until then stay up with us.