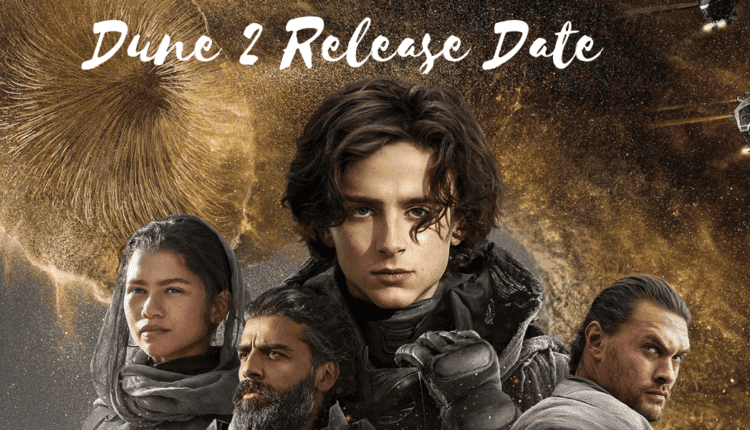 Before the movie “Dune” was released, there was still some doubt as to whether or not it would be followed up with another instalment. The odds were fully stacked against Denis Villeneuve’s adaptation of Frank Herbert’s groundbreaking science fiction novel when the project was first conceived.

The expensive movie had its release repeatedly pushed back because of the impact that the COVID-19 epidemic was having on box offices throughout the world. In 2021, when the globe began to gradually recover its previous state, the future of the film business appeared to be doubtful.

In an effort to increase the number of subscribers to HBO Max, the film’s distributor, Warner Bros., uploaded it to the streaming service on the same day that it was released in theatres, which effectively eliminated the film’s full ability to make money at the box office.

Critics and industry analysts had already begun to express concern that moviegoers would not turn out to see the gloomy and hallucinogenic rendition of the science fiction story.

Despite this, Box Office Mojo reports that the movie has earned more than $400 million worldwide, while only having a budget of $165 million to work with. The film has received positive reviews from film critics, as evidenced by the fact that it has an unspoiled score of 83 percent on Rotten Tomatoes. 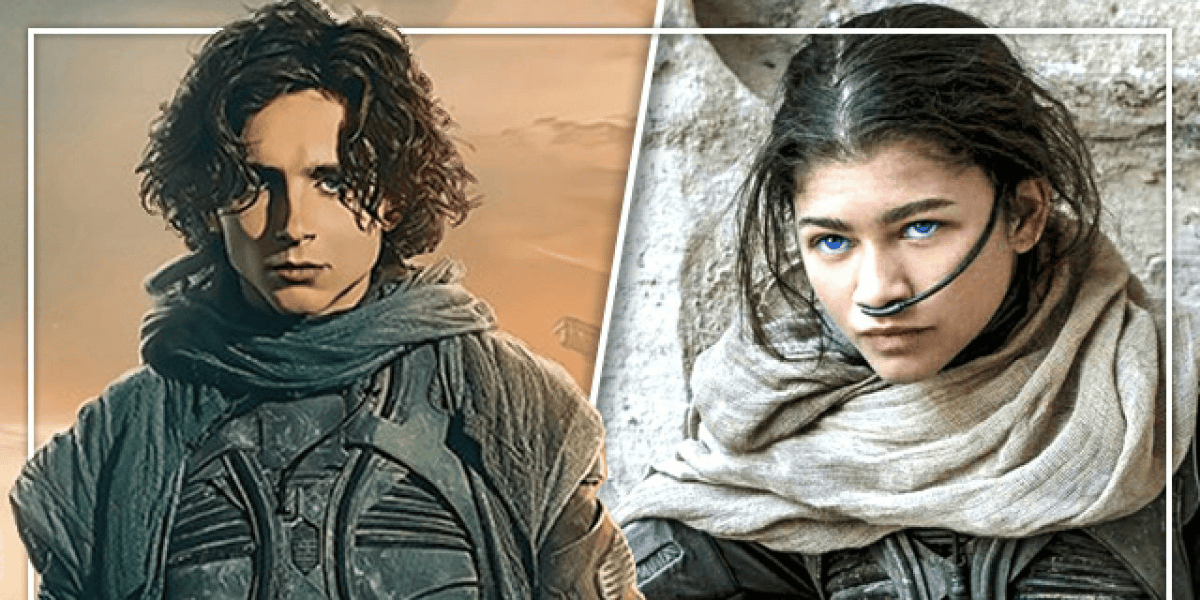 Because it was solely based on the first half of Herbert’s epic, certain media sources held the opinion that the movie was intrinsically lacking in content. Warner Bros. and the production firm Legendary Pictures have given the official go-ahead for “Dune Part 2,” which will bring the plot of the first novel to a satisfying conclusion. The announcement was made four days after the debut of the picture.

The production of the sequel is scheduled to start filming before the end of this year, and it has already assembled a significant portion of its supporting cast. Fans of the impending sci-fi sequel may be curious as to where Paul Atreides’ (Timothée Chalamet) quest will lead him next as production moves into full swing on the project.

According to Deadline, Warner Bros. and Legendary Pictures have scheduled the release of “Dune Part 2″ on October 20, 2023. This will be two years after the original film was released in theatres and on HBO Max at the same time.

There is a possibility that the release date of the film may be pushed back owing to the fact that the development of the sequel is still in the pre-production stage. Due to the fact that the science fiction movie makes considerable use of visual effects to flesh out the alien environment of Arrakis, it is likely that the movie might be rushed for reasons that are beyond the control of Warner Bros. 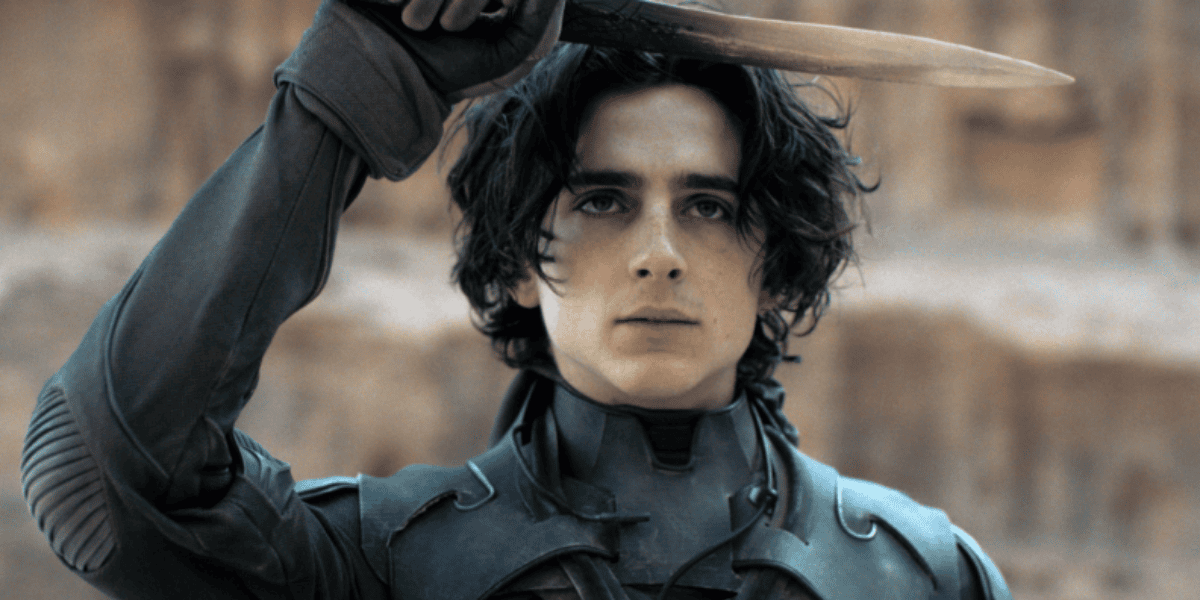 Lately, the producer of “Black Adam,” Hiram Garcia, disclosed that his DC project, which is also released by Warner Bros., has been recently pushed back due to the fact that visual effects firms are currently overburdened with work. The quantity of visual effects work that has to be done may lead “Dune: Part 2” and other Warner Bros. films to experience delays. The only way to know is to wait.

The forthcoming film will have an exclusive theatrical release, which means that viewers won’t be able to see Paul Atreides revenge his father on HBO Max until the picture has earned a respectable sum of money in theatres before they will be allowed to do so.

When it first aired on HBO Max, “Dune” was met with extraordinary success. According to Samba TV (via Variety), more than 1.9 million households in the United States watched the movie in their own homes during its first three days of availability. Even while it’s possible that the first film did well on the streaming service, director Denis Villeneuve was emphatic that the second picture should not make its premiere on HBO Max.

We are relieved that the director’s concerns will be taken into account while viewing the sequel as Villeneuve intended because he expressed them on several occasions leading up to the film’s debut (via Total Film Magazine).

The cast of “Dune” was one of the most spectacular modern ensemble casts that has ever been assembled for a cinematic production. While trying to save Paul and the rest of House Atreides, a number of beloved characters, including Duncan Idaho (played by Jason Momoa) and Duke Leto Atreides (Oscar Isaac), were tragically killed off in the movie.

It is possible that Villeneuve may use flashbacks to highlight not only these two characters but also Dr. Wellington Yueh (Chang Chen), the medical specialist who betrayed House Atreides to the Harkonnen.

The anticipated return of prominent performers such as Timothée Chalamet, Rebecca Ferguson (Lady Jessica), and Josh Brolin (Gurney Halleck) is excellent news. At the end of the movie, Paul and Jessica, his mother, were seen travelling into Fremen territory in search of a safe haven. During the course of “Dune,” the local inhabitants of Arrakis were only glimpsed here and there, but in “Part 2,” they will play a far more significant role. 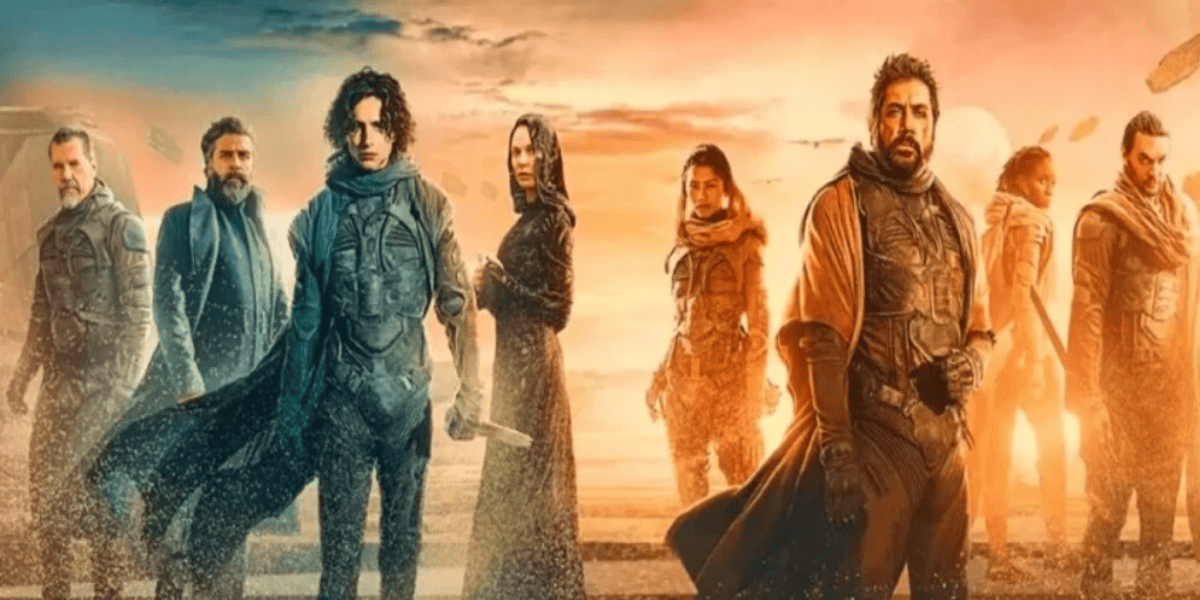 Both Chani (played by Zendaya) and Stilgar (played by Javier Bardem) will most likely get greater screen time in the next sequel, with the former anticipated to have a co-protagonist role in the film.

Audience members may also anticipate that Dave Bautista and Stellan Skarsgard will reprise their roles as the villainous nephew-uncle pair Count Glossu Rabban Harkonnen and Baron Vladimir Harkonnen, respectively, in the upcoming instalment.

Regarding new cast members, Villeneuve’s gloomy reimagining of Frank Herbert’s universe will be augmented by the addition of two prominent actors. There have been rumblings that Florence Pugh, who plays the title role in “Black Widow,” may take on the role of Princess Irulan in “Part 2.” Since the character is only mentioned fleetingly in the book, it is unknown if Villeneuve and the writing team want to develop the heroine’s role in the film or whether they will merely include the star at the film’s conclusion.

According to yet another claim, the actor of “Elvis,” Austin Butler, is reportedly in talks to play the villainous character of Feyd-Rautha Harkonnen. As of the time of this writing, it has not been established beyond a reasonable doubt that both of the rising stars would participate in the sequel.

In light of the fact that the 2021 movie was based on the first half of Frank Herbert’s novel, it is almost inevitable that “Part 2” will be based on the second half of the original plot, which is more peculiar. Paul Atreides and Lady Jessica’s story in “Dune” concluded with their becoming members of the Fremen, the indigenous people of Arrakis.

According to the novel, Paul would eventually become a messiah of sorts for the Fremen people and assist them in their revolt against Padishah Emperor Shaddam IV, who is the father of the possible role that Florence Pugh may play.

In the sequel, Paul should be working through his grief at the loss of his father and growing more secure in his own talents. In addition to this, he will begin a romantic relationship with Chani (Zendaya), a figure about whom he has been experiencing visions ever since the first movie. Villeneuve made it very clear at the PGA Awards that “Part 2” would concentrate on “Paul’s journey against the adversary,” despite the fact that the character is ready to delve into his more sensitive side. And at some point in the future, Paul is going to find himself riding a sandworm, which ought to make for some riveting movie.

Naturally, Villeneuve, along with co-writers Eric Roth and Jon Spaihts, did use some creative licence while writing “Dune,” and as a result, it is probable that “Part 2” may deviate from the way Herbert outlined the story’s progression.