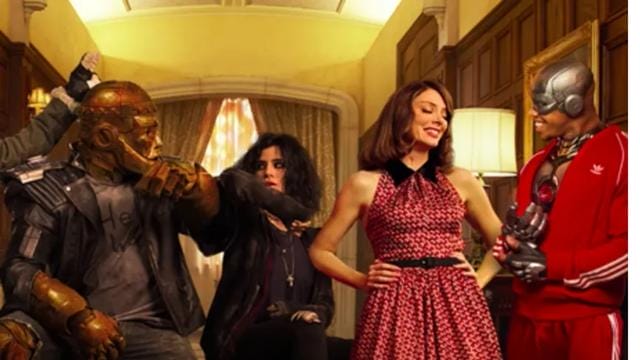 HBO Max has given us several surprising and unexpected news this year, regarding tv shows. After cancellation of multiple shows, The fans of Doom Patrol have been nervous about the season 4. Keep reading to know, Will Doom Patrol Season 4 be renewed?

Based on the DC Comics superhero team of the same name, Doom Patrol is an American superhero television series. It is developed by Jeremy Carver. The series features Jane (Diane Guerrero), Rita Farr (April Bowlby), Vic Stone (Joivan Wade), Larry Trainor (Matt Bomer / Matthew Zuk), Cliff Steele (Brendan Fraser / Riley Shanahan), and Chief (Timothy Dalton) as the members of the eponymous Doom Patrol. The series has three seasons. Season third was out on September, 23, 2021. Since then, Fans have been eagerly waiting for Doom Patrol season 4.

YOU MAY LIKE:- SkyMed Season 2: Potential Release Date, Cast And More

Good news is, Doom Patrol season 4 is renewed, However there are not much information out by the makers but we are glad that the unlikely heroes are back with a wild set of adventures, drama, and thrill.

showrunner Jeremy Carver told Entertainment Weekly. “These were not typical superheroes to the extent that they didn’t even consider themselves a team or superheroes. This was about people who have been severely damaged, emotionally and physically, and found themselves stepping back into a world that has long shunned them, and them being just as surprised by the crazy things that ensued as we were.”

In this article, We are going to keep you update with all the possible information we have found out for you. 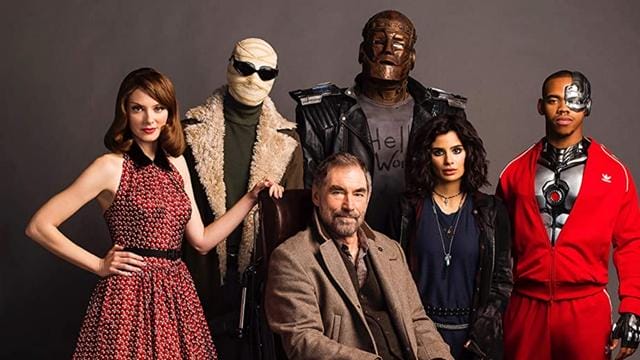 CONFIRMED: Doom Patrol will be coming for a fourth season courtesy of US streaming service HBO Max.

The cast said: “Things are going to get very exciting with a new fourth season of Doom Patrol. Celebrate with us by watching the first three seasons out on HBO Max as of now. Things are about to heat up!”

Has The Shooting of Doom Patrol season 4 started?

Well the filming of the fourth season of Doom Patrol began back in February 2022. Eric Dietel,writer of the show shared this news via twitter.

He wrote: ”Back on set for Doom Patrol Season 4 Day 1. Shout out to the best crew in the biz — so many have been here since the very beginning — and of course the most kickass cast of all.”

When Will Doom Patrol Season 4 premiere?

RadioTimes.com predicts that season four will come in late summer 2022, However till now No official announcement has been out regarding premiere date for Doom Patrol season 4, but we can assume that the new season might arrive in either late 2022 or early 2023.

Well, this is just a guess, We should wait for makers to declare a premier date officially.

How Many Episodes Are In Doom Patrol Season 4?

The first three seasons have total no. of 34 episodes (10-9-12). We can think that season 4 will have ten episodes just like season 3 has.

What Is The Filming Status of Doom Patrol Seaaon 4?

Joivan Wade wrapped up his part on Thursday, August 11, and confirmed the same via Twitter. The rest of the cast also completed their part. The filming was entirely finished on Tuesday, August 16. Just like you, We cannot to wait for its premier date. 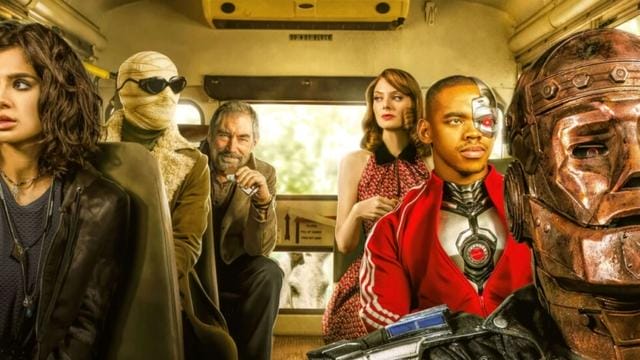 Is There A Doom Patrol Season 4 Trailer?

There’s no Doom Patrol season 4 trailer available. We’ll surely keep you update with its trailer once it’s out.

Where Can I Watch Previous Seasons of Doom Patrol ?

Will there be a season 4 for Doom Patrol?

The Filming for fourth season of Doom Patrol has already began back in February 2022. Eric Dietel, a writer on the show tweeted this on the first day of filming: The show will likely film through June and possibly into July. It clearly signfies that Doom patrol season 4 is coming on our way.

How many seasons of Doom Patrol will there be?

There are 3 seasons of Doom Patrol which are already out as of now. The fourth is renewed and about to be released as upcoming season of Doom Patrol.

YOU MAY LIKE:- The Son (Film) Release Date: Check Out Now

The first season has 15 no. of episodes in total, which was released on February 15, 2019. The second season has a total no. of 9 episodes, premiered on June 25, 2020. The third season released on September 23, 2021 with 10 episodes. We cannot to wait for Doom patrol season 4 which can be premiered anytime.

Where was Doom Patrol filmed?

To conclude the article, we hope you enjoyed reading this article. We tried our best to keep you update with all the latest information regarding, Doom Patrol Season 4.

YOU MAY ALSO LIKE:- Sweet Magnolias season 3 Release Date: Is It Coming Back?

Doom Patrol is an American superhero television series. The first season was released on February 15, 2019, since then the series has successfully made its impact among audience. This is one major factor for the demand of season 4. The series has total no. of 3 seasons as of now and Doom Patrol season 4 is renewed. Although the official release date announcement is yet to declare but we can surely see this coming.

There are many more to be covered once the season 4 gets released, All the upcoming information regarding Doom Patrol Season 4 will soon be updated on this page. Stay tuned for more such latest update. You can share your views below.