With immense gunplay and violence, Doom Eternal has hit the market with a storm. In a short time of the release of the game, many people have bought and played it. So, they have formed reviews on the game. With so many expectations on the game, everyone was excited to see how it fared. However, many gamers have liked the game.

Doom Eternal is largely a better version of the 2016 Doom. ALl its features have been improved. However, some things have bothered the players. The most important question is, does this version do justice to the Doom franchise?

The Best Part Of The Game

The game is overall a fun play. Many gamers have enjoyed how the curtains have unfurled. The game is fast-paced. It is completely following what the young audience wants. So, in that scenario, the game is at a total advantage. To add to the benefit, the game has overloaded chaos. This only betters the game. Gamers have loved this about Doom Eternal.

Also, the game makes use of fast reflexes. In the gunfights, you have to think on your feet. Make complete use of what you have to win. Otherwise, it can cost you a fortune. It suits the gameplay and makes people more involved in the game.

However, the game has also disappointed in some parts. Some players found that some levels in the game are far away from what Doom is about. It gets away from its very basis. This makes it apart from the otherwise very trusted franchise. So, this could’ve been a total bummer. 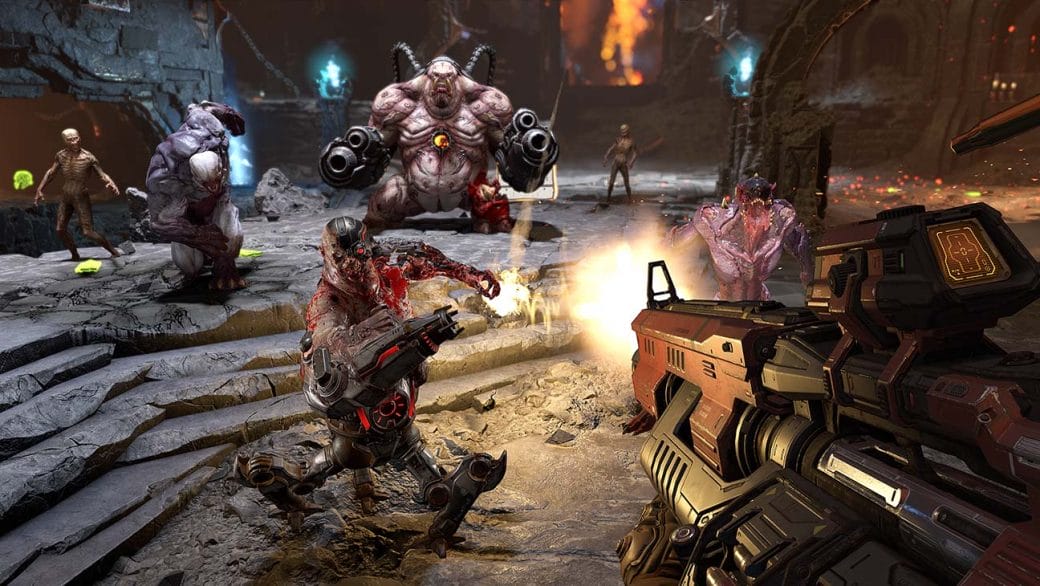 To add to that, the jumping and climbing puzzles are a buzzkill. They make the player lose momentum in the game. This can make a user very disconnected from the very basis of the game. So, it can also serve as a factor by which people discontinue the game.

With the good parts and bad parts, Doom Eternal is faring quite well overall. However, the game is extremely fun to play. It raises all your intrigue and leaves you wanting for more.

Some features could use some improvement since they move the game away from the franchise. It also stands away from the legacy of what Doom games stand for. However, overall the game is a fun experience and you will not regret a minute of it.