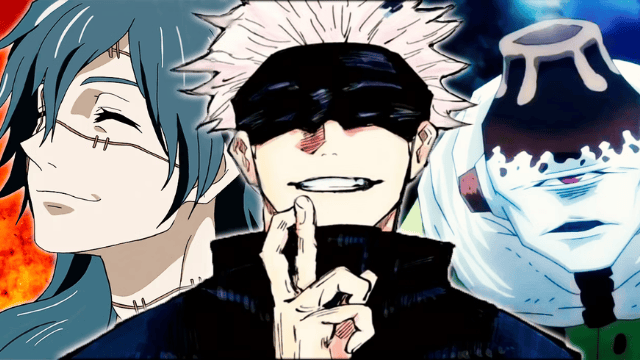 Gege Akutami’s Jujutsu Kaisen is set in a world that runs mostly on cursed energy. Almost every character in the series uses cursed energy to fight other sorcerers. Cursed energy can be used in many different ways, both in its raw form and after it has been processed, honed, and refined.

Here is a list of all the Domain Expansions in Jujutsu Kaisen, in order of how powerful they are.

Horizon of the Enchanting Skandha

First on the list is Dagon’s Horizon of the Captivating Skandha. Fans of the anime Jujutsu Kaisen may recognise it as the beach where Geto, Mahito, and other characters often meet. The Domain looks like the edge of a beach, with a big ocean on one side and a thick forest of palm trees on the other. 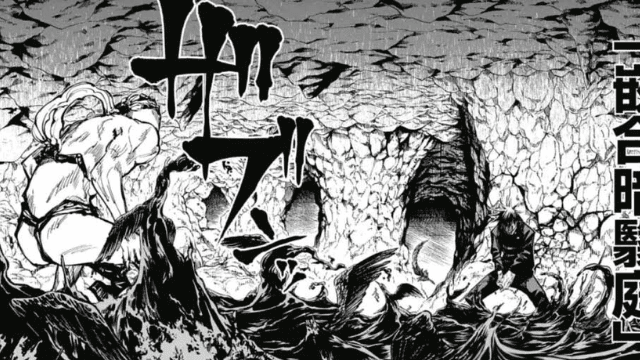 Even though it looks good, it is by far the weakest domain in the series. Several other domains, like Megumi’s Chimera Shadow Garden, which he says isn’t even done, have been seen to be stronger than it. Given that it also has a low attack power, it is likely the weakest seen so far.

The Smallpox Deity, a cursed spirit that was called by Suguru Geto during the Shibuya Incident arc of Jujutsu Kaisen, lives in the Graveyard Domain. Its domain is called the Graveyard Domain, and it traps enemies in an area that looks like a graveyard. This makes its cursed movement even more dangerous. 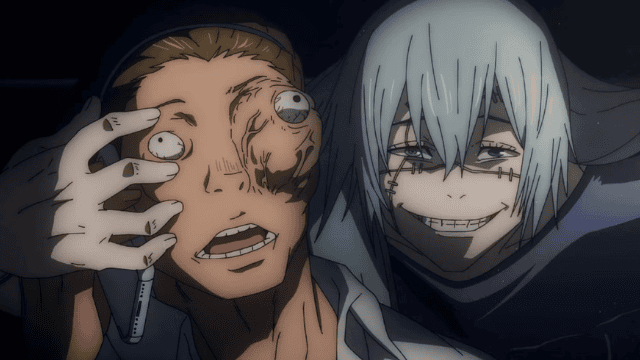 Jogo uses the Coffin of the Iron Mountain, which is one of the first Domain Expansions fans see in Jujutsu Kaisen. He uses it against Satoru Gojo first. It looks like the inside of an active volcano, with molten rock and a lot of heat. 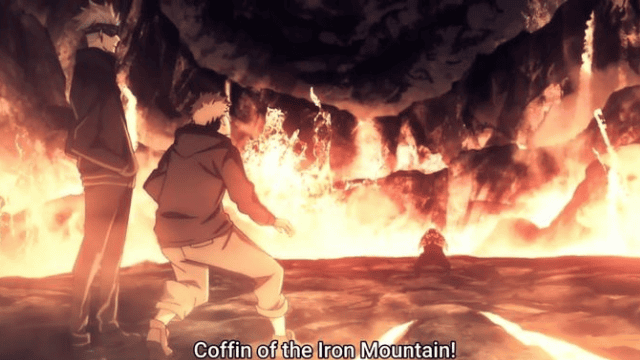 Jogo can control the molten rock and throw it at his enemies. He can also control the Earth and the temperature in his domain. Even though it looks good and sounds strong on paper, the only time it shows up in the show is when it is easily defeated by Gojo’s domain, which suggests that it is not very strong.

Even though each Domain Expansion in Jujutsu Kaisen is different, Deadly Sentencing is one of a kind. Other domains have a “can’t-miss” rule that says all attacks must hit their target. Hiromi Higuruma’s “Deadly Sentencing,” on the other hand, makes everyone who is inside play by its rules. 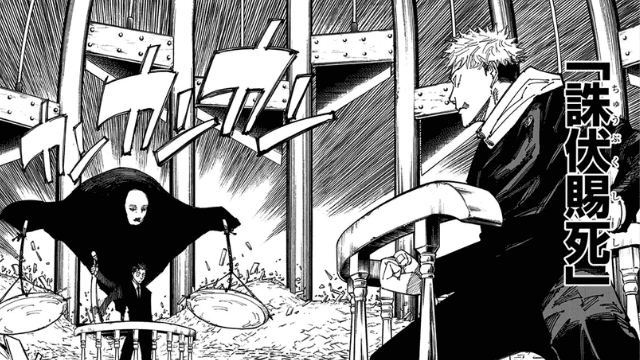 The domain basically works like a courtroom, with a shikigami named Judgeman in charge and Higuruma as the prosecutor.

Megumi Fushiguro’s Domain Expansion is the Chimera Shadow Garden, which is based on his Ten Shadows Technique. Even though the domain isn’t finished, it is still very powerful and fills the area with a black liquid meant to represent shadows and darkness. 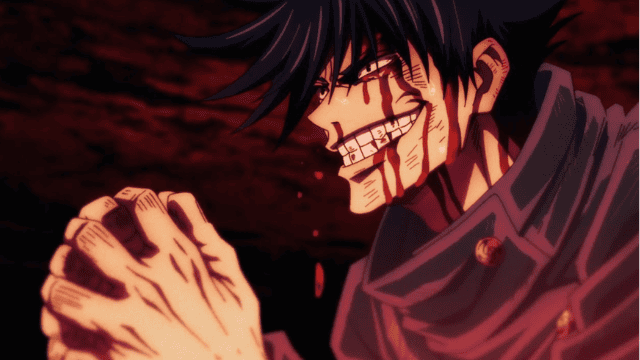 While in the domain, Megumi and his shikigami can merge with the shadows and use them to move, attack, avoid attacks, or protect themselves. Even though it’s not finished, it’s one of the strongest and most useful domains in the series.

Self-Embodiment of Perfection is Mahito’s Domain Expansion from the beginning of the show. Mahito’s cursed technique is one of the most powerful Domain Expansions in the series because it makes sure that Idle Transfiguration always hits its target’s soul. 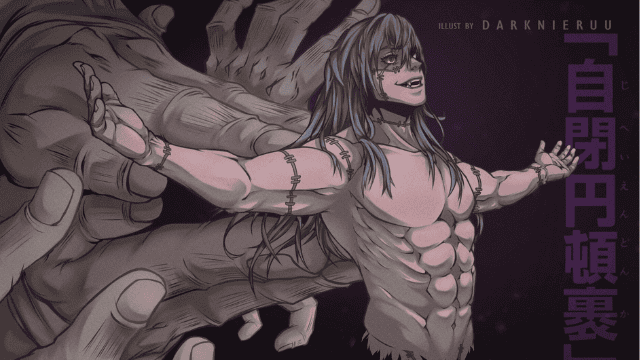 The only thing that makes the domain weak is that Mahito has to touch the souls of everyone who comes in. This makes Sukuna angry, so she hits him.

Speaking of Sukuna, his Malevolent Shrine is one of the most mysterious and powerful Domain Expansions in the whole series. It looks like a Buddhist shrine that has been decorated by demons with horns, teeth, skulls, and other things that look like them. 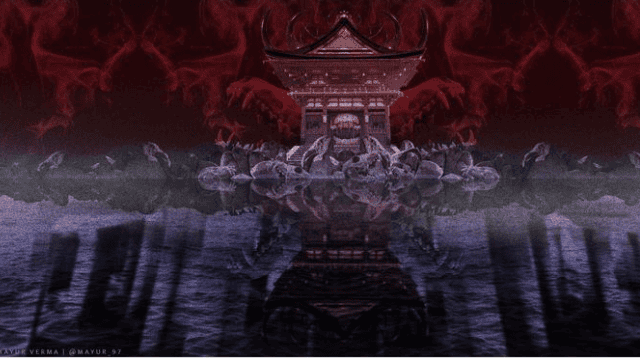 Malevolent Shrine is really special because it can get around putting up a barrier, letting Sukuna bring it into the real world while still guaranteeing the sure-hit clause. This is compared to an artist drawing on air instead of a canvas to show how this Domain Expansion in Jujutsu Kaisen has a unique beauty and strength that goes beyond the physical world.

Unlimited Void is the name of Satoru Gojo’s Domain Expansion. It is one of the most powerful and broken in Jujutsu Kaisen. During the activation, the user and the target are brought into the Limitless itself, which is a big empty space full of information that overwhelms the target to the point where it can’t move. 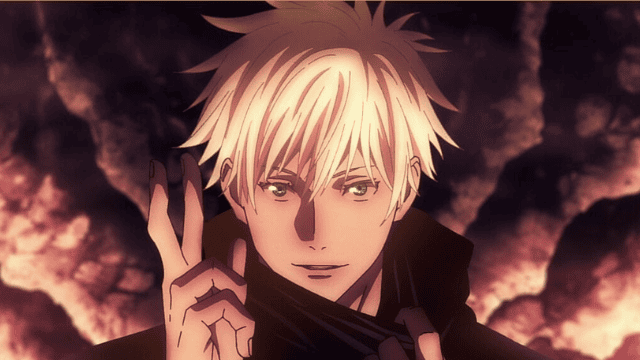 It’s one of the most abstract and powerful domains in the series, which shows how transcendent and all-powerful Satoru Gojo is. Even though there isn’t much more to know about it than what’s here, there’s no doubt that it’s one of the best in the series.

The Idle Death Gamble by Kinji Hakari is without a doubt the best Domain Expansion in Jujutsu Kaisen. As the name suggests, the technique is basically Hakari gambling with his cursed energy, hoping to hit the jackpot within the time limit. 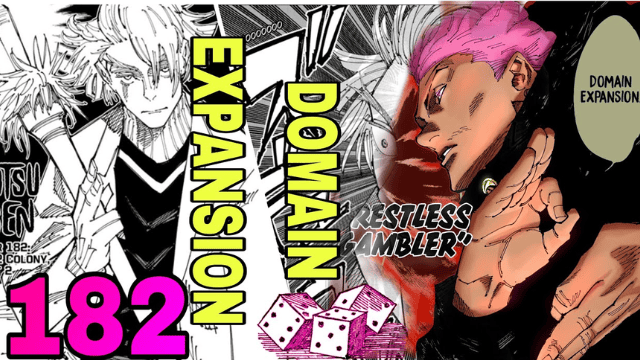