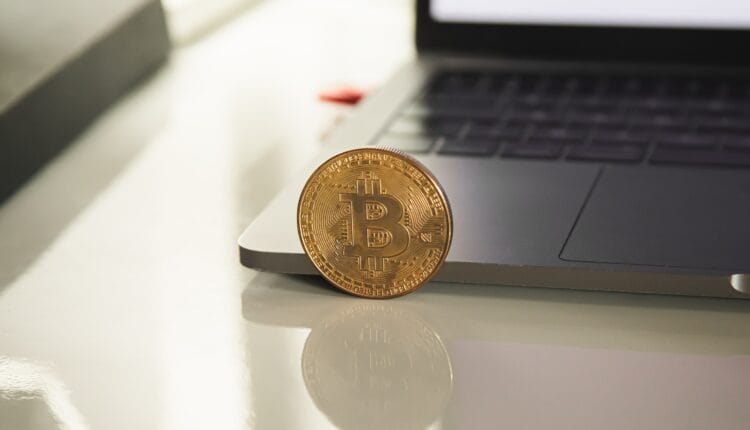 Dfinity and the Internet Computer Are Introducing Smart Contracts to Bitcoin

For more than a decade, Bitcoin (BTC) and its blockchain have ruled the crypto universe. Despite market crashes, government oppositions, hackers, and doubters of the cryptocurrency and the network, Bitcoin has not only survived but continued to thrive and maintain its dominance.

Bitcoin has long been regarded as digital gold, and its strong proponents have held on tightly to this digital asset. Believing it just may be the most nuanced form of money ever created, its potential importance in the coming years can no longer be underestimated — especially when one reflects upon how the cryptocurrency has grown in the past decade.

With each passing year, it appears more certain that Bitcoin is not only here to stay, but that its need to be supported across different blockchains, applications, and more, is becoming increasingly important. With consumers, businesses, and even governments buying Bitcoin, its utility in the future will need to be properly supported across all the different, available mediums.

Recognizing the growing importance and role Bitcoin will play in the future, Dfinity and its Internet Computer (IC) blockchain recently announced it will soon bring smart contracts (known as canisters on the IC) to Bitcoin.

For those unfamiliar with the technical aspects of blockchains, it may be helpful to understand native cryptocurrencies of one blockchain are not interoperable on others. At its simplest, this means one cannot spend Bitcoin on the Ethereum network, and one cannot spend Ether on the Bitcoin network. Instead, a common solution to get around this problem has been to use “bridges,” which are intermediaries that take possession of one cryptocurrency, while minting the same amount received on the destination blockchain where the user would like to use the native crypto. This concept, known as issuing a “wrapped token,” can be seen across multiple cryptocurrencies in the blockchain world.

The Problem DFINITY’s IC Will Look to Solve

While the above may seem like a reasonable solution to get around trading BTC on the Ethereum network, in reality, there’s a significant amount of risk with this approach. Among these risks, the greatest revolves is that the use of these intermediaries forces the user to rely on a centralized party. Chosen incorrectly, users could find their locked coins are stolen by these intermediaries or, through poorly written code and smart contracts, these intermediaries could be victims of hacks themselves, as has been reported in recent news.

At the beginning of February 2022, a decentralized platform known as Wormhole was attacked. The attacker targeted the Solana/Ethereum wormhole bridge, which helps users facilitate the wrapping of ETH to use on the Solana blockchain. The attacker exploited weaknesses in coding to trick the system into issuing fraudulent WETH (wrapped ETH); the hacker then exchanged most of them for real ETH across the bridge. In total, 120,000 WETH were fraudulently issued, which at the time was worth around $325 million.

This hack, possible because of weaknesses in code that existed through the wormhole bridge, shows just one of the major limitations and risks associated with trusting a third party to properly manage and secure one’s funds.

Research into the inner workings of how these canisters would work revealed the Internet Computer is going to interface directly with the Bitcoin blockchain. Unlike bridges, where research showed that wrapped derivatives of the initial asset needed to be issued, Internet Computer canisters will be able to read and send Bitcoin transactions from and to the Bitcoin blockchain. Such a feature is incredibly novel, as this eliminates the need for a trusted intermediary third party to guard and hold the keys to the coins. Instead, users can keep their private keys to their Bitcoin on the Internet Computer blockchain, and transact when it’s necessary to do so.

The Internet Computer is a truly decentralized network. It’s been reported a whopping 70% of Ethereum nodes are hosted on centralized services like those of AWS (Amazon) and Microsoft. Additionally, Solana, the rising 2021 star of the blockchain world, has reported over 50% of its nodes to be centralized with Big Tech providers. While these blockchains have pushed the narrative of decentralization, their underlying infrastructure seems to suggest otherwise — centralizing nodes with single entities, instead of having them truly dispersed and decentralized around the world.

Luckily, Dfinity’s Internet Computer has a completely different arrangement and footprint. Dfinity’s solution differs from other blockchain offerings in that it has zero centralized cloud nodes. As of Jan. 4 2022, there are 412 sovereign, censorship-resistant Internet Computer nodes that are operated by independent providers around the world. Such an arrangement means the Internet Computer blockchain is immune to shutdowns by any centralized parties and has significantly less (or potentially close to zero) centralization risks when compared to Ethereum and Solana.

Dfinity’s Bitcoin Canisters Are Coming Soon, With Other Blockchains to Follow

It’s looking more and more like Dfinity’s Internet Computer will be significantly rocking the landscape of cross-chain transactions. In addition to the Bitcoin network, the Internet Computer has plans for similar capabilities for the Ethereum network. Plans for Ethereum may not take shape for a while, however, as the world awaits its transition to a proof-of-stake model.

However, the capabilities of this current rollout for Internet Computer are extremely exciting. Dominic Williams, Dfinity founder and chief scientist, excitedly explained in a recent update, “You can write smart contract logic on the Internet Computer that will move Bitcoin on the Bitcoin network.” It’s a significant update in terms of technology and capability, and one which cannot be overlooked, especially as the weaknesses of relying on intermediary third-parties continues to be an issue.

This feature, in line with the mission of Dfinity and the Internet Computer, is another step forward toward creating a public network that is truly tamperproof, fully decentralized, and unstoppable.