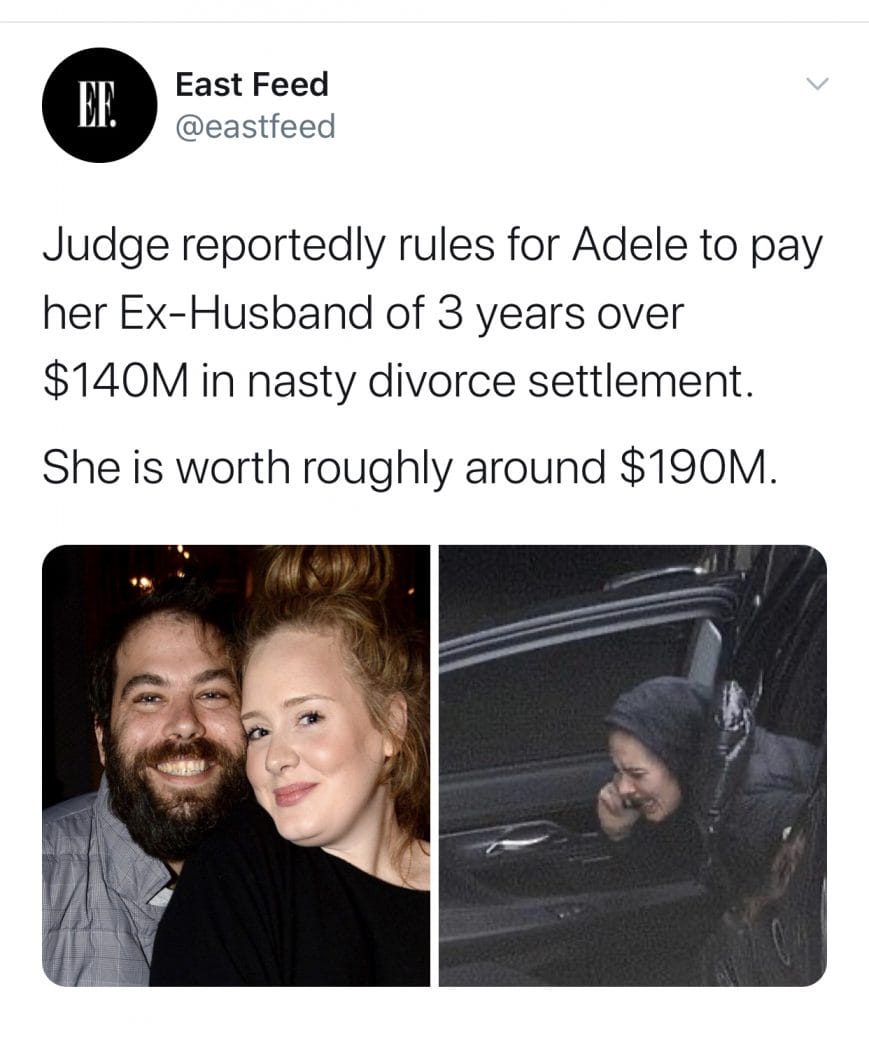 Adele sure makes everyone’s heart soar with her voice. She is a very powerful woman. But lately, she has a divorce settlement that kept her in the news. everyone has been excited to find out what is going on in her life.

They want to get more deets about this celebrity divorce. But these details are kept private. Stay tuned to find out more about this.

More About The Divorce

The singer was in a marriage of seven years. She got divorced from her husband Simon Konecki, who was a philanthropist. This divorce was filed on the 13th of September in 2019. She did so in the LA Court.

This caused a major concern in fans. They began intruding to find out more details about the divorce. People have been speculating that there has been a £140 Million divorce settlement. However, this is the total net worth of the singer.

Then the singer shifted to want more privacy for her personal life. The court has also supported her. It has allowed her to stay private about the divorce. And every information about the financial proceedings with now be confidential.

It will only be disclosed to those in the court. Also, anyone who sees this information is obliged to sign a non-disclosure argument. This makes sure that all her details remain safe.

Tekashi 69: Request To Complete His Sentence At Home Denied By Judge(Opens in a new browser tab)
Selena Gomez: You Ask, She Listens: The Singer Releases An Old Fan Favourite

More About This (Adele)

The couple has been together for quite some time now. Also, they have a child of their own. Now that the marriage hit rock bottom, both of them will raise the child in joint custody. This is the one piece of information that we have.

The singer is speculated to release her next September. This will be very crucial for her considering the trauma that she must be going through. She is one of the best singers to count on.

Leah Remini Net Worth: Does Anyone Know How Long Leah Remini…

Lamar Jackson Net Worth: How Wealthy Is the NFL’s…