Destiny 2 is in a bad situation in its whole life right now. Many of the players took a break from the game. Because it turned out to be less interesting. However, there must be something under development inside Bungie to get back its good fortune. There is already rumors and leaks about the Destiny 2 Year 4. It is expected to be a major turning point for the franchise.

King Gothalion was one of the most recognized Destiny 2 content creators. After all, he took a break from the Twitch and moved to Mixer. he is also pretty much hyped with the possibility of Year 4. Also, hopeful that it will bring something big.

Luke Smith Teased “You Are Not Prepared Yet”

Game’s director Luke Smith says that “You are not prepared”. Even if it is just a tease from the director. But it is enough to get the players excited. Many thoughts are revolving around about the Year 4. The players were already being prepared for the Darkness. In year 1, creators teased the pyramid ships. So, more of it can be expected.

There were Year 4 launched in Destiny experience back in the days. So, now they know the likes and dislikes of the players. Besides, they can reduce the repetition of negatives. The director and the developers already teased many times that the upcoming Destiny 2 content will be historical. After all, they kept their words most of the time.

Beyond all, the Bungie team is now has plans to change the existing Destiny 2 design to a better state in which what the players needed.

Also, Read  Away: The Survival Series Wants You To Experience The “Devastating Impact Of Climate Change”

Also, Read  Destiny 2: The New Sandbox Update Will Not Have Buff For Hand Cannons Even After Fans Request 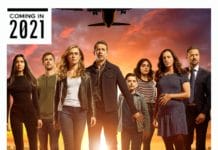