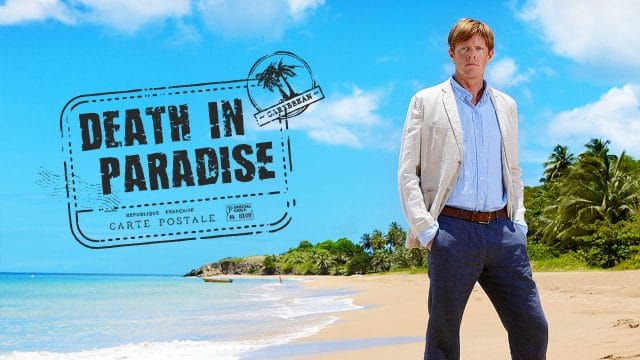 Death in Paradise Season 8 Cast and Things You Should Know

Have you ever thought that your logical and cognitive skills can make you a good detective?

Talking about myself, I always acted like a detective in solving even a small mystery that is, finding my rubber band that fell off under a bed. I know it is really kiddush but at that time.

I was a child who wanted to explore her detective skills.

Because of the childhood reminiscence, I just fell in love with the Death in Paradise series.

It is a British and French crime data created by Robert Thorogood. The setting of the series is fictionally on the Caribbean island of Saint Marie. It is filmed in Guadeloupe as well.

The series revolves around a Detective Inspector who is from the UK. He, along with his team, is busy solving a murder mystery on the Caribbean island.

It has 10 series up till now, unlike other series that end after 2 or 3 seasons, so if you start watching this series, you will not get disappointed after it ends soon. Because you will get enough of the series with 10 seasons.

She played the role of DS Florence Cassell, who works alongside Mooney. She is a talented and excellent detective. Along with being dedicated to her job, she is an assertive and strong-minded person. You will also find her as a person with a great sense of humour.

Don Warrington has played the role of Commissioner Selwyn Patterson of Saint Marie. He is also the boss of Mooney. He has a droll good sense of humour. Over the course of his career, Warrington has appeared in a number of tv and theatrical productions, including Doctor Who, Rising Damp, To Play the King, and Hamlet.

The role of Catherine Bordey was played by Elizabeth Bourgine. She is the one who runs the beach-front Catherin’s bar that is highly popular among the local people.

Played the role of protagonist DI Jack Mooney; he took the role of DI Humphrey Goodman’s role when he left Sainte Marie. He also moved into Humphrey’s Shack on the beach afterwards.

Played the role of Patrice Campbells, who was the boyfriend of Cassel.

Played the role of Paul Raynor, who was, unfortunately, the first murder victim of the series. He was murdered after he arrived at the island.

Rebecca played the role of Tipton, she is condemned to Honore.

Chizzy is the Butterfly Brown, she is the bus driver who cannot tolerate any complaint from her passenger.

After meeting all the characters, you must be excited to watch season 8, right?

I know you are and you should watch it as soon as you get free.

But before you start watching the series, make sure you have a popcorn bowl in your hand to enjoy the series to the fullest.

After knowing the characters, we don’t want to give you the spoiler by telling you what happened in the series because if we did, many of you will put off your laptop and never see season 8. So without giving you spoilers, we will just recommend you to watch the series.