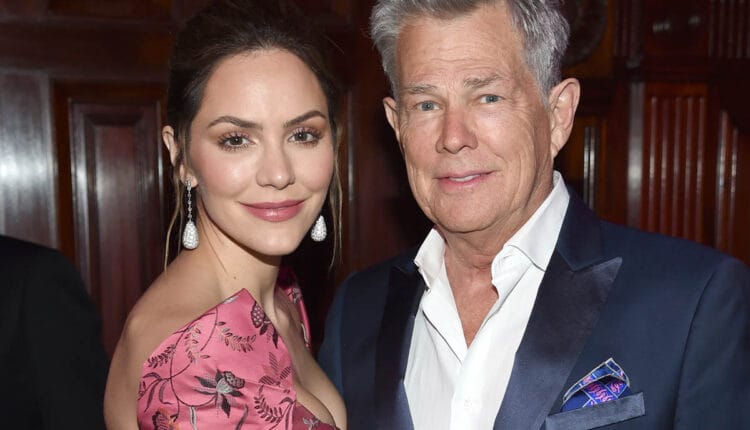 David Foster, 72, says he has ‘never regretted’ having a baby in his 70s with wife Katharine McPhee, 38

Who says you can’t have kids in your 70s? Well, David Foster has officially announced to his fans his new baby at the age of 70 and fans are excited about it.

David Foster, a Canadian Musician has recently opened up about his experience of having a baby. He said that he never regretted the baby’s decision at such an age. David Foster, 72, has already shared a 1-year-old son Rennie with his 38-years-old singer Katharine McPhee.

In an interview with People Magazine, he shared his experience of becoming a father. He said that being a father at such an age is  “not something”. He also added haven’t regretted a single day of it. “I’ve loved every single day,”

He continued, “It’s the standard thing of, ‘Oh, well, you were so young when you had your children and you were working day and night, you never saw them.’

“And there is some truth to that, sadly, for my [older] kids. I was just working a lot. Even though I’m working a lot now, I’ll cancel anything just to hang out with him. It’s just different.”

The 16-time Grammy award winner also shared some of the emotional moments of his life. David has already married four times and he is also a father of daughters Alison, 52; Amy, 49; Sara, 41; Erin, 40; and Jordan, 36.

In June 2019, David and  Katharine tied the knot. Earlier,  Katharine revealed that she has a desire of having kids with him but she can’t guarantee if that would be happening or not.

Following the news, in 2020,  Katharine confirmed that they are expecting a baby. Through an Instagram post, the young singer revealed her pregnancy to the fans, who correspondingly showed interest in the news.

Katharine also shared pictures of her baby bump on her official Instagram account. In Feb 2021, the couple welcomed their first baby together.

On Father’s Day, she shared a picture of him and wrote, “Happy Father’s to the man @davidfoster who loves me like I could have only dreamed of & who made me complete in life by making me a mommy,” she wrote in the caption.

McPhee continued, “I love our little family. I love our big family. You have NEVER complained about how your life is slightly different now. Well… you only complain that you can’t stay up late watching TV in bed but how can I blame you -that’s your favorite thing.

“You’ve only made bringing Rennie into the world an absolute joy for me. To many more adventures baby!”

“With Céline and [late husband] René Angélil, there was a big age difference, and after I was working with them for a long time it just became Céline and René,” Foster told the outlet.

“It just looked and felt normal. But it was, of course, kind of odd in the beginning. But I think we’re over that hump now with five years of being together, and hopefully, people just start looking like we belong together because we feel like we do.”

“Even if they don’t, we don’t care,” McPhee said. “We just love our history, how we met and where we are now. Sometimes we look at each other like, ‘This is so wild that we’re together.'”

“He just said that to me the other night: ‘We have so much fun together,” McPhee added. “It feels like we’ve been together 10 years — in a great way.”

Foster also added that he is not sure whether Rennie will follow the same path as their parents and will pursue a career in music. But he surely confirmed that Rennie has some musical abilities and she can develop an interest in piano and electronic drum pads.

“We think [he’ll be musical], but we don’t know,” Foster said. “Kids, strangely, will do something for a while and then it’ll amaze you, and then they just drop it and they don’t do it anymore.

“So we don’t know if the drumming thing is here to stay — I’d rather he have a tennis racket in his hand than a drumstick, to tell you the truth. But anyway, if he ends up being a drummer, that would be great, too.”

‘The Masked Singer’ Reveals Identities of Robo Girl and the Beetle: Here’s Who They Are