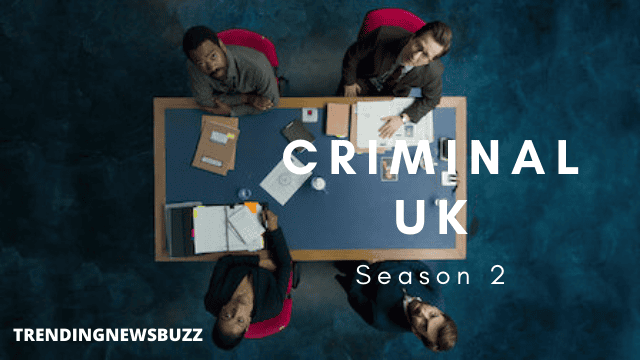 Netflix revealed in August that the criminal Uk season 2 drama will return. It has now been released on the streaming platform. Netflix’s original criminal Uk season 2 drama returns to the streaming platform. It brings more thought-provoking themes and top-brass performances from some of Britain’s greatest acting talents. Here’s our take on it. Criminal continues to bring courageous and controversial narrative to the forefront of each stand-alone episode. The same way as it did in the first season. 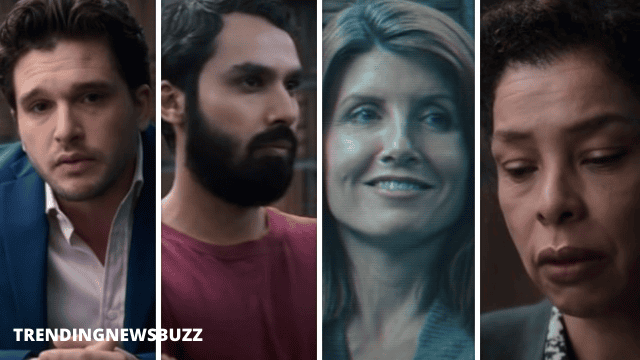 Criminal is a police procedural drama on Netflix with a twist. The action takes place entirely within the confines of an interrogation chamber. This necessitates putting on your best Miss Marple game face. Along with intently observing the suspects as if you were one of the detectives leading the questioning. The first season was divided into three episodes set in four different nations – the United Kingdom, France, Germany, and Spain. With the crème de la crème of each country’s performers leading the drama.

Before you dive into Criminal Uk season 2, here’s everything you need to know about season two.

What Information Do We Have About Criminal Uk Season 2?

Season 1 of the show was regarded as absolutely unique in the genre. Since it enabled viewers to analyze a suspect’s behavior to determine their guilt or innocence. Right down to the way they move in their chair, fiddle with pens, or even abruptly put on their jumper. Everything is significant and has a deeper meaning. Based on the preview photographs given by Netflix today. Criminal Uk Season 2 appears to be the same, with the same obsessive concentration on the interrogators and the interview room.

The show’s creators, Jim Field Smith and George Kay, have previously discussed the concept of the show. Hence stating that it is intended to make you reconsider your own prejudices. Kay claims that the suspect’s outer appearance, such as their accent, the way they talk, their posture, or even their immaculately pressed shirt, “invites your bias.” So, will these considerations influence your decision? Doctor Fallon, played by David Tennant, is suspected of murdering his 14-year-old stepdaughter. But he can’t possibly be guilty of such a horrific crime since he’s so clipped and polished. Could he do it?

Read also: Whether Dash and Lily Season 2 Is Officially Cancelled?

“It’s quite liberating because there’s no car pursuit or crime scene,” Kay said. It’s truly about everything else. About how someone reacts when a photo is placed in front of them. Or when the air conditioning in the room turns off; it becomes about the surroundings and the human contact between officers and deceives. “Normally, what we’ve done in a crime drama would be one scene, but we’ve spun it into the entire episode”. The twists must originate from something other than the discovery of facts; they must come from human behavior. The twitch of a brow, the shift in respiration. In the performance, these seemingly insignificant details become enormous.

What Is So Extraordinary About the Show, Criminal Uk Season 2?

Criminal Uk season 2 delves into intriguing issues such as murder, claims of sexual assault, and internet vigilante groups. The last episode, on the other hand, tries something unexpected by bringing in an already convicted killer (Kunal Nayyar). Rather than a suspect looking to make a deal with the gang of investigators. Covering such adult issues demonstrates the writing team’s skill, led by George Kay. Audience members may sympathize with the suspects despite the fact that the story does not depict them in a particularly favorable light. 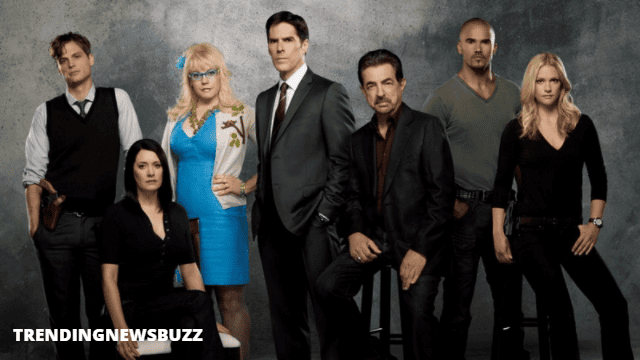 Attempts to create empathy for certain personalities, on the other hand, may feel empty. Individual viewers must ultimately determine how they feel about various characters and situations depending on the topics covered in each episode.

The initial seasons of the show had three episodes set in different countries: the United Kingdom, France, Germany, and Spain. The episodes were completely set in interrogation rooms, and viewers relied only on the suspects’ conduct and words to determine whether they were guilty or not. Similarly, in Criminal Uk season 2, each episode will feature a stand-alone case involving police officers attempting to apprehend a culprit. The Criminal Uk Season 2 series on Netflix is unique in that it is intellectual and wholly relies on the performers’ ability. As suspects in the first season, famous personalities including David Tennant, Hayley Atwell, and Youssef Kerkour appeared. The suspects in the second season will be different.

Season Two begins on a high note, with a case involving the disappearance of a student tied to the widow (Sophie Okonedo) of a convicted killer. The third episode stars Sharon Horgan as an arrogant online vigilante. Who tries to catch sex offenders by impersonating a teenage girl in internet chatrooms. The season’s greatest episode, though, is the second. It stars Game of Thrones veteran Kit Harington as Alex. A pretentious estate agent accused of sexual assault by a female coworker. Harington gives an impassioned performance as an unlikable municipal official in a drama that may eventually divide viewers’ perspectives based on the conclusion and subject matter.

Who Is in the Cast of Criminal Uk Season 2?

Season 1 of the UK series included Katherine Kelly, Rochenda Sandall from Line of Duty, Nicholas Pinnock, Shubham Saraf, and Lee Ingleby as the police officers, while David Tennant, Hayley Atwell, and Youssef Kerkour as the suspects.

Kit Harington is an English actor best known for his appearances in the television series ‘Game of Thrones,’ ‘Pompeii,’ and ‘The Eternals’. In Season 2, he will play Alex Daniels, one of the suspects. Smarmy Alex Daniels is taken in for questioning after a coworker accuses him of rape. Alex’s case is not helped by his arrogant manner with the investigators, since there is little to no evidence to lead them.

Sharon Horgan is a well-known Irish actress, comedian, producer, and writer who has appeared in films such as ‘Motherland,’ ‘This Way Up,’ and ‘Catastrophe.’ Danielle Dunne is one of the suspects in Season 2. Danielle is questioned since she is the leader of an internet network that exposes sexual predators. The team discusses her plans, asking more probing questions as she begins to create a fierce defense that they must breach.

Sophie Okonedo is a British actress and singer who has appeared in films such as ‘Hotel Rwanda,’ ‘The Secret Life of Bees,’ and ‘After Earth.’ Julia Bryce portrays one of the suspects in Season 2. When Julia, the wife of a convicted murderer, is called in for a routine interview related to the inquiry, the police team risks being embroiled in a legal spat. As the conversation with a supposedly mousey wife takes a provocative turn, they’re all summoned one by one on their day off to join the interview.

Kunal Nayyar is a British-Indian actor who has appeared in shows such as ‘The Big Bang Theory,’ ‘Think Like A Dog,’ and ‘Fantasy Hospital.’ In Season 2, he plays Sandeep Singh, a suspect. Sandeep Singh, a convicted murderer, approaches the team with an offer in return for information. Unsure whether he’s speaking the truth or not, the crew quickly discovers that the solution may be gambling on a disgraced former colleague.

Negative Remarks on the Show

While the episode begins with a superbly performed opening speech by Harington, the charges leveled against his character and how the show’s male writers chose to investigate them are ethically muddy waters. This has already spurred sites such as Digital Spy to criticize the show’s portrayal of sexual assault. 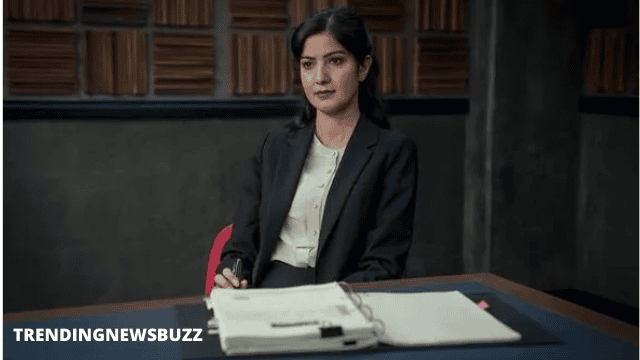 Criminal’s great guest performances may, sadly, bring out some of its flaws. After two seasons, the main ensemble of investigative detectives still has nothing to offer. Some characters are more liked than others, such as Detective Vanessa Warren (Rochenda Sandall), while others are unpleasant or simply boring. While efforts are made to humanize them and establish their interpersonal ties, they seem a little pointless given the major attention is constantly on the suspect.

Positive Side of the Show

Criminal Uk season 2, on the other hand, continues to use smart and beautiful cinematography in each of its tales. While the program is still restricted to a single level of the police station, including interrogation and viewing rooms, these settings work well. When the activities taking place within a brown-walled, windowless room are so compelling, it ceases to be dull.

All in all I would like to conclude that as a consequence of all of these. Criminal Uk season 2 continues to feature superbly crafted criminal drama in its second season. This time with a bit more confidence to tackle more difficult issues that are likely to divide ideas and sentiments. Despite the fact that this program is just seven episodes long, Netflix also carries the series’ overseas equivalents from France, Germany, and Spain. Criminal Uk season 2 is now available on Netflix. Enjoy! Criminal seasons 1 and 2 are now available to watch on Netflix.

Surviving Death Is a Netflix Series to Watch!