Coronavirus : Birds Of Prey To Hit VOD Sooner Than Expected

Birds of Prey(And The Fantabulous Emancipation of One Harley Quinn), is a DC superhero film based on the DC Comic book character Harley Quinn. It is a follow up of Suicide Squad(2016), and the eighth film in the DC extended universe.

The movie picks up the story of Harley Quinn right after the events of Suicide Squad. This time Harley Quinn is not with Joker. In the January 25 released film, she’s had an explosive break up with her one and only real love Joker. She’s out in the loose with nothing to lose and no one to protect.

This time Harley Quinn will face the wrath of narcissist villain Black Mask and his team. But everything slowly seems to fall in place for Harley Quinn. She teams up with the deadly gorgeous woman. They are Huntress, Black Canary and Renee Montoya.

Birds Of Prey To Hit VOD Sooner Than Expected?

The January released film will be available to stream at home sooner than expected. Universal Studios has decided to launch some of their latest film on streaming platforms.

Major films having release dates in summer 2020 have been rescheduled. Theatres have shut down, so there’s not much option left for creators than to postponed the releases. Worlds second-largest box office is in China and it is the worst-hit country. Following China are countries like Italy and the USA. 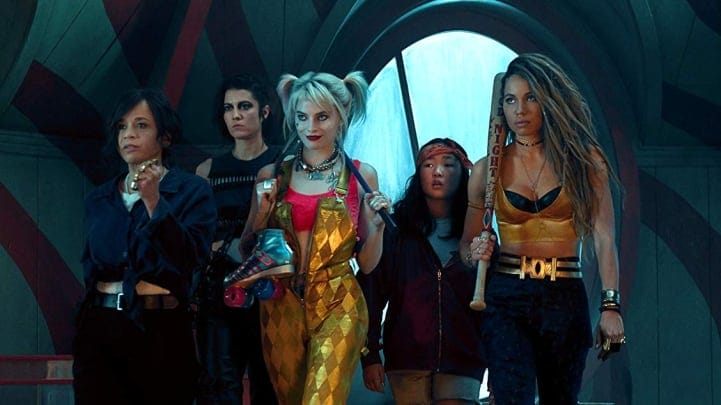 AMC and The Regal Cinema have shut down all their theatres recently. The government have strictly prohibited large gatherings. Box office numbers also saw a significant drop over the weeks. It is safe for you and everyone to sit at home during this global pandemic.

With theatres shutting down our favourite films will be available to stream right at home. Frozen 2 and Star Wars: The Rise of Skywalker have already dropped in Disney+. Invisible Man, The Hunt and Emma will also join digital platforms this week. So next in line is Birds of Prey.

When Will It Hit VOD?

I would not be opposed to putting Birds of Prey on VOD earlier. https://t.co/TrKynikHLx

The director of the film Cathy Yan is all okay with the idea of Birds of Prey hitting digital platforms earlier. It might come as a surprise because Birds of Prey is still running through some theatres.

However, now all the multiplexes in New York have officially been closed. So it’s good that Birds of Prey is getting a VOD soon. Margaret Robbie starrer movie Birds of Prey will be available on VOD from March 24 2020.