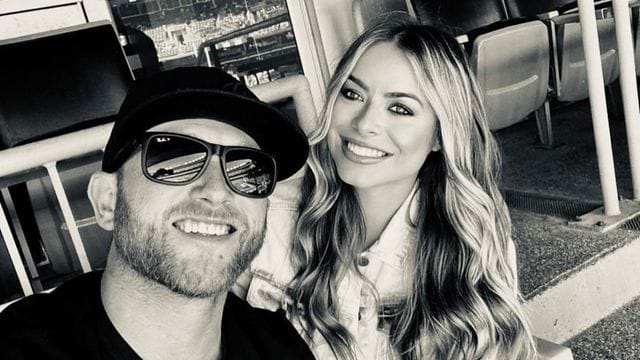 Recently it is confirmed that Cole Swindell is dating Courtney Little. Therefore it is official to say that Courtney Little is Cole Swindell girlfriend. The couple has made their official red carpet debut together at the 2022 CMA awards on Wednesday evening on 9th of November 2022. The function was at Bridgestone Arena in Nashville, Tennessee.

The duo strutted onto the carpet dressed to the nines with Swindell was wearing an all black ensemble with heavy  blue jacket on which rhinestones are emelished whereas Courtney has worn shimmering baby blue dress with a high slit.

After the 56th CMA awards, Swindell talked with Taste of Country Nights about bringing his girlfriend as his date to the red carpet.

Recently Cole has opened up about their relationship and disclosed how they met during a recent interview on The Bobby Bones Show.

Swindell said that – “We met several years ago actually. You know, I’m a big NASCAR fan and she works with Monster and you know we just kind of met and exchanged numbers and kept in touch over the years, but it never was anything just kind of friends, randomly saw her here and there, but the video kind of changed everything,”. 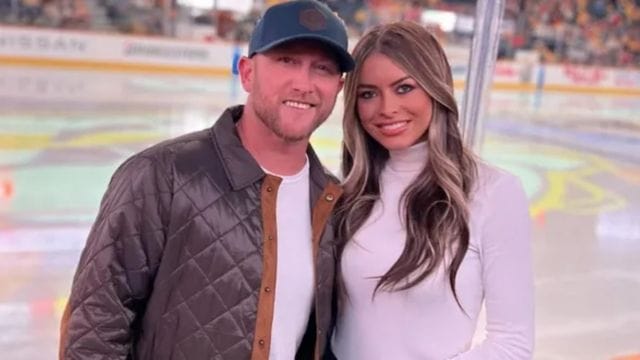 “She lives in Charlotte, and we were about to shoot the video for ‘Some Habits.’ I texted my team and I was like, ‘Hey, shouldn’t I see the list of people we’re picking from to be in this video?’ Swindell told Kelleigh Bannen on Today’s Country Radio with Kelleigh Bannen on Apple Music Country.

“I’m thinking about her. I’m like, ‘She might not like that. Let’s figure this out. This song means a lot to me.’ I kind of felt that way about her then, and I asked her, I said, ‘Hey, would you be willing to come to Nashville and maybe be in the video? It’s just going to be fun,” he recalled.

Fortunately, for Cole, Courtney was up for it and took the offered role of his love interest in the video for “Some Habits.”

Cole said that – “That was the first time we really got to spend more than 10 minutes together and hung out. Yeah, so kind of like a first date,”.

What About Red Carpet Debut of Cole Swindell With His Girlfriend?

“I’m excited, this is our first one together,” Swindell explained. “I haven’t been to an awards show in awhile, so it’s gonna be nice to be there, be nominated and perform.”

He later admitted that this is the perfect awards show for Little to witness as he is not only performing, but is also nominated for several awards, including Musical Event Of The Year and Music Video Of The Year for “Never Say Never” featuring Lainey Wilson.

“I can’t imagine a better first one for her to see,” Swindell said, before sharing that after the awards the couple will celebrate with a date night. 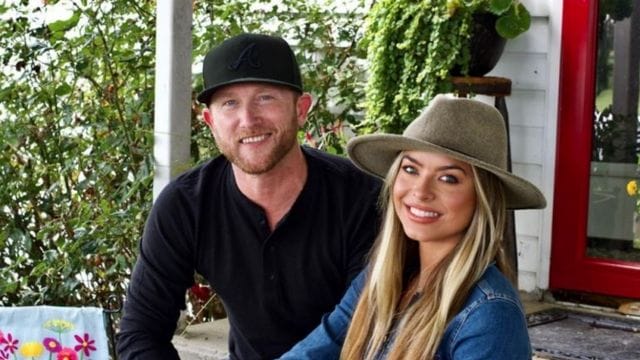 “She puts up with a lot on the road, so to be able to take her out, let her get dressed up and just have a good night,” Swindell added.

Cole Swindell will take to the Bridgestone Arena stage on Wednesday evening (Nov. 9) to perform “She Had Me At Heads Carolina” during the 56th Annual CMA Awards, which will broadcast live on ABC at 8/7c.

Well, this Georgia native is now nominated for Musical Event of the Year and Music Video of the year for Never Say Never which will feature Lainey Wilson at the coveted awards show.

Read Also – Who is John Travolta Dating? Everything We Know So Far About His Love Life With Kelly Preston!

Who Featured the Performance in Award Function?

The show began with an all star tribute to the late Loretta Lynn from Underwood, Reba Mcentire and Lambert.

However, the show was co-hosted by Luke Bryan and Peyton Manning. 56th Annual CMA awards was broadcasted live from Nashville’s Bridgestone Arena and aired on ABC.

The show is also available to watch on Hulu on 10th November 2022.