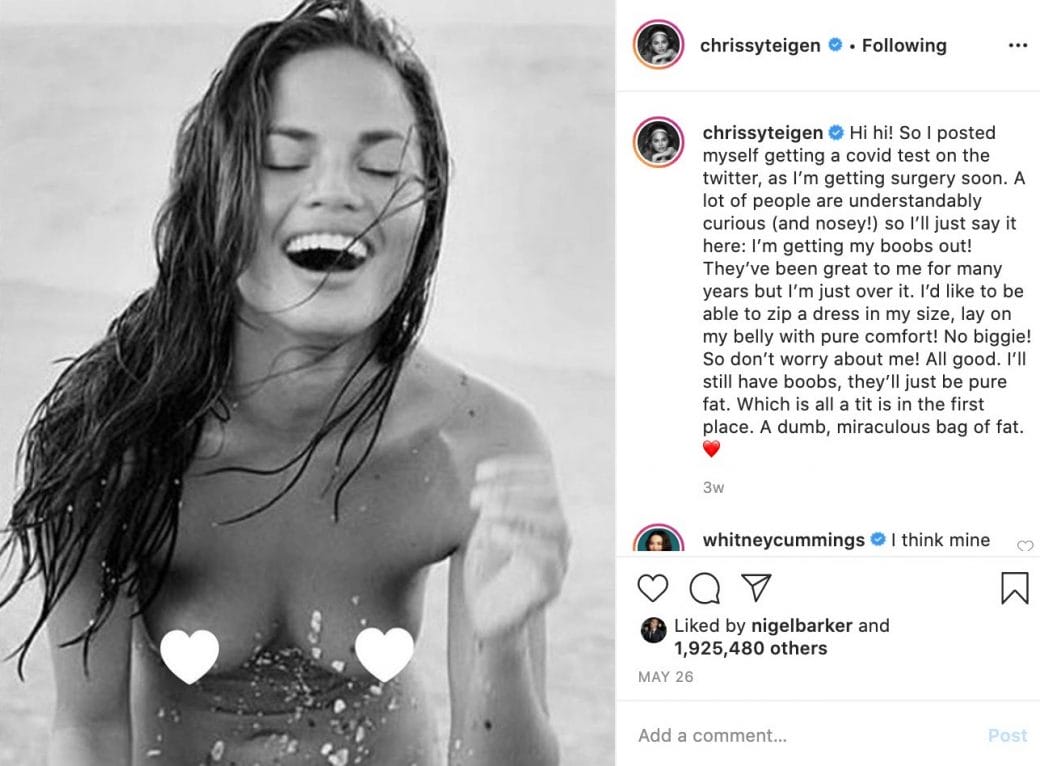 Chrissy Teigen And Her Signature Humour

Chrissy Teigen has shares an outstandingly ridiculous snap of a cake after having her breast implants remove.

John Legend’s full-of-humour wife poked fun at the event by celebrating with a huge cake in the shape of her fake boobs.

The 34-year-old model underwent surgery in recent weeks to get her boob job removed after 14 years. My god!

Her friends sent her a cake with a ‘RIP’ style which represented a gravestone.

And if you thought this was it, well, you’d be glad to know she also got letters from her daughter Luna.

Her four-year-old wrote: “Have fun pulling your boobs out,” before Chrissy had the procedure.

However, the television personality and former model had said that the surgery went “perfectly” but made her “so so so so so sore”.

Well, that does sound sad. But is there something our woman can’t handle? Duh!

Chrissy first reveal she’d be having her implants remove a few weeks back, saying “they’ve been great to me for many years but I’m just over it” after having them since she was 20.

She embark on having her breasts enhance during the early days of her modelling career, but in May announce she was returning to her natural boobs.

Welcome back to normalcy, love! You’re gonna love it, I’m sure! *winks*

AMC Plans To Reopen Theaters On July 15, Masks Will Not Be Compulsory For Moviegoers