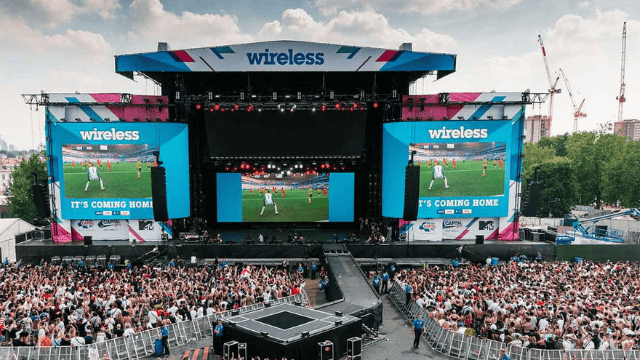 The Wireless Festival is an annual rap music festival that occurs in London, England. Live Nation owns and manages the venue. In its early years, the festival mostly featured rock and pop music, but in recent years it has emphasised hip hop and other urban music. Since 2010, Jay-Z, Kanye West, Justin Timberlake, Rihanna, Bruno Mars, and Stormzy have been headlining acts. 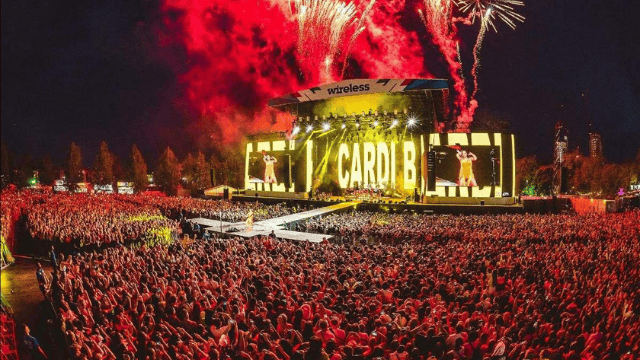 Today, Rihanna stunned fans by making a surprise visit at Wireless Festival to support her boyfriend, A$AP Rocky. The Diamonds singer has maintained a lower profile after the birth of her first child with the rapper a month ago. She has not shared her son’s name or image on social media and has been rarely seen in public since then.

On the first day of the celebration, the 34-year-old ensured she was in the audience when her boyfriend entertained festival-goers at Crystal Palace. In photographs circulating on social media, she was as gorgeous as ever, wearing an oversized bomber jacket and black pants.

She wore chunky jewelry as she walked calmly past screaming fans who were thrilled to catch a glance. Obviously, the low-key pop up did not go ignored, and Rihanna soon became a social media trend. 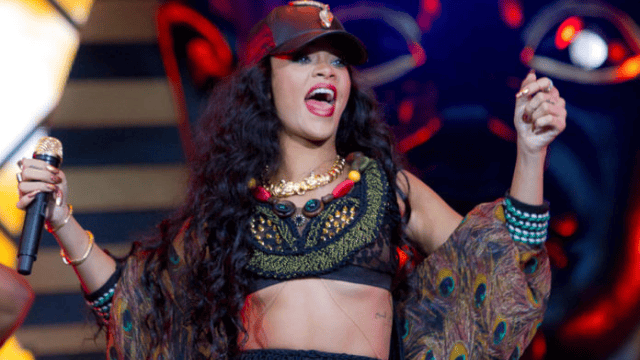 In the latter week of May, when Chris Brown was revealed as a musician at the Wireless Music Festival, he and the festival were savagely criticised on Twitter. The same thing occurred when the rapper and singer performed in London over the weekend, 12 years after he had been banned from the country.

After reportedly beating his then-girlfriend Rihanna at the 2009 Grammys, the ‘Go Crazy’ singer was banned in the United Kingdom in 2010. Rihanna made her first public appearance after giving birth to her son at the Wireless Festival in London, which was an intriguing development. She attended the event to support her rapper boyfriend A$AP Rocky.

Multiple videos on Twitter depict the 33-year-old performing at Wireless Festival on Friday, July 1. The rapper wore a pink hoodie embroidered in white with the phrase “I got lucky.” It was previously stated that Brown’s visa for entry into the United Kingdom was denied due to his committing a major crime and being sentenced to community service.

Chris Brown reportedly commented on the alleged assault by stating that he felt like a “monster” and that his acts would “haunt” him forever. “When I look back at that photo, I think, ‘That’s not me, bro.’ “I still despise that,” he continued, referring to the infamous photograph of Rihanna’s injuries. “That will haunt me forever,” the rapper concluded. 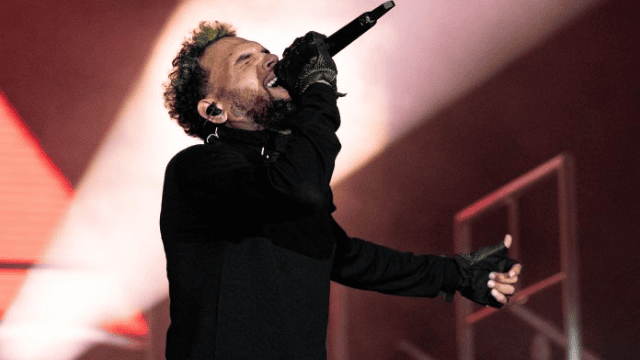 Chris Brown and Rihanna met for the first time in 2005, but did not begin dating until 2007 till 2009. Following the alleged assault by Chris Brown, the ‘Diamonds’ singer dated rap icon Drake and businessman Hassan Jameel prior to forming a relationship with rapper A$AP Rocky.

In contrast, one person said, “I just saw a picture of Chris Brown playing on wireless, and the crowd seemed so empty that I hope it was just where they were standing.” And, another user stated, “Chris Brown’s wireless crowd appeared as dry as a ham sandwich on brown bread.”

Winona Ryder, Here Is How She Help in Changing the Script of “Strange…