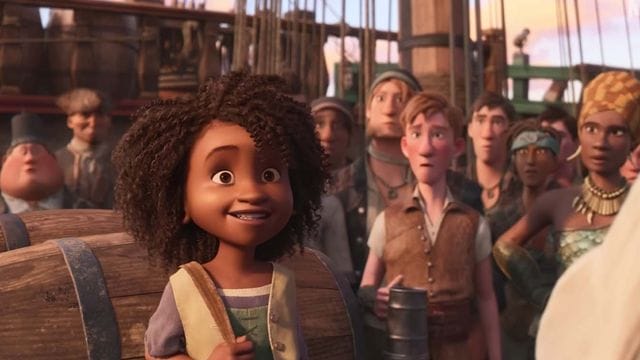 With its surprisingly complex plot and expert voice acting, Netflix’s latest animated family picture, The Sea Beast, has been winning over viewers and critics. Ross Bonaime, a film critic for Collider, rated the movie a B- and praised Chris Williams and Nell Benjamin’s screenplay as well as the voice acting. Given that Williams, who also serves as the film’s director, has experience with Disney productions like Bolt, Big Hero 6, and Moana, it should not come as a surprise that The Sea Beast excels in both plot and performance.

A young girl named Maisie Brumble is the subject of the tale The Sea Beast. She sneaks aboard a hunting ship. In Maisie’s world, killing beasts to prevent them from attacking the coasts makes being a hunter the most honorable occupation possible. As Maisie comes to know the hunters and the marine creatures, she starts to suspect that everything she has always been told might be false. The plot of The Sea Beast deals with morally complex issues such as justice, vengeance, and heroism as people are forced to consider the idea that the shooters they have been raised to revere may in reality be mistakenly attacking innocent animals.

Young orphan Maisie Brumble, portrayed by Zaris-Angel Hator, stows away on the hunting ship the Inevitable (her second favorite ship after the Monarch, which was the ship her parents had served on). Once she encounters a sea beast named Red and starts to suspect that the beasts are not the terrifying monsters everyone claims they are, but rather are victims of the hunters, Maisie quickly reconsiders her desire of becoming a hunter and her glorification of hunters like Captain Crow. Maisie is driven by her empathy, bravery, and curiosity and is eager to learn the unflinching realities of the world. 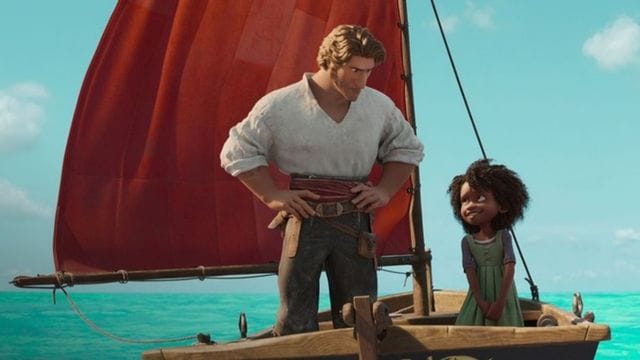 Zaris-Angel Hator, 18, performs with an astonishing amount of sincerity and vigor. She previously performed as the lead in the West End version of Matilda and as Anna in the most recent movie Morbius. She will play Sima in the upcoming television series The Power. Zaris-Angel Hator expressed her excitement for Maisie in an interview with The Gate, saying that she knew “lots of little girls like [her] were really going to love her and relate to her.” Zaris-Angel Hator also mentioned that when she was youthful, it would have “made [her] so happy to see [her] on screen.”

Karl Urban provides the voice of Jacob Holland. Maisie is much more prepared to challenge the status quo and consider that the sea animals don’t intend them harm than Jacob, who has worked under Captain Crow for years and plans to one day captain the Inevitable. Jacob is “rough” and “brawny,” but he also has a lot of heart, according to voice actor Karl Urban. In an interview with Collider, Urban mentioned that he particularly loved the movie’s theme, which read: “If you get confronted with fresh information…you should be open to the paradigm change. 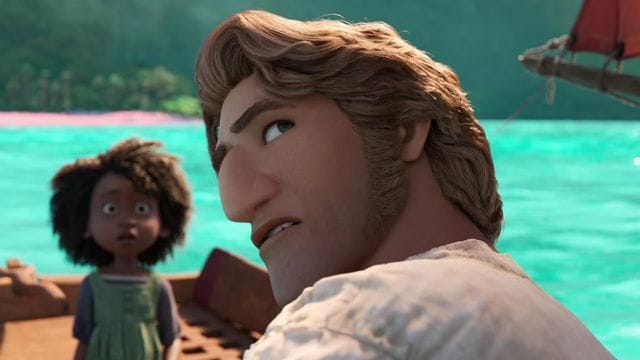 “Karl Urban is currently best recognized for playing Billy Butcher in The Boys and Doctor “Bones” McCoy in the most recent Star Trek movies, although those are by no means his only memorable performances. Additionally, he played Eomer in The Lord of the Rings, and some seasoned viewers could even know him as Cesar from Hercules and Xena.

The grizzled old captain of the Inevitable, Captain Crow, is motivated by retribution and what he sees as a moral crusade against the sea animals. Captain Ahab from Herman Melville’s Moby Dick comes to mind when describing him because of his personality and his total preoccupation with hunting Red. Crow, who serves as Jacob’s surrogate father, doesn’t think twice to threaten to hold Jacob at pistol when the boy gets in the way of Red’s execution.

More: Who Is Austin Butler Dating? This Is What Love Is in the Air Looks Like!

Jared Harris has had a long and successful career in theatre, cinema, and television. Some of the notable parts he has done include Lane Pryce on Mad Men, King George VI on The Crown, and Emil Nicholas in Morbius.

Sarah is the Inevitable’s first mate and is honored to work with Captain Crow. Handy with both rapiers and pistols, Sarah is almost everything Crow could request for in a first mate- intelligent, loyal, and prepared to make sure the rest of the crew stays in line. She enjoys taking a small sip of her favorite alcoholic beverage prior to engaging in combat with the Bluster, noting that given how dangerous the creature is, “it’s best not to wait ’til after.”

Blue is a little, endearing blue creature that Maisie names and instantly warm up to. Blue is Maisie’s devoted companion who is amiable, good-natured, and friendly.

He also doesn’t seem to have any animosity against Jacob, who frequently pushes him aside. Blue, who resembles a cross between an angler fish and an axolotl, provides Maisie and Jacob with some lighthearted comedy relief and is 100% adorable.