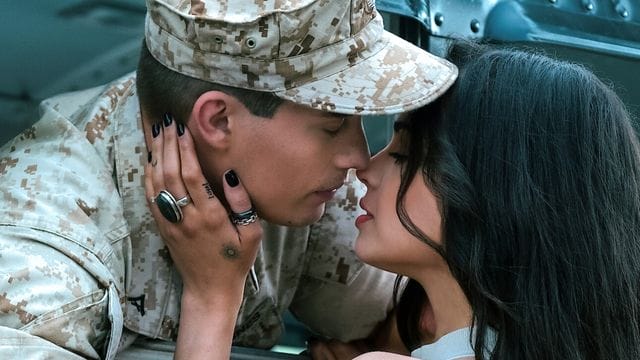 Netflix’s upcoming love story Purple Hearts cast adds a personal touch to the discussion about the exorbitant expense of medical treatment and the issues with veterans’ benefits in a society where medical insurance is divisive and politicized. Purple Heart is based on the same-titled novel by Tess Wakefield and is a result of Netflix’s effort to expand its library of young adult titles. The plot centers on the lives of a young singer-songwriter who, for financial reasons, enters into a marriage of convenience. A seemingly simple deal starts to unravel when unforeseen difficulties threaten to derail the entire scheme in their faces.

More: Turning Red: All About This Animated Film, Its Plot, And Characters!

Elizabeth Allen Rosenbaum, who has worked on episodes of shows like 90210, MacGyver, Pretty Little Liars, and The Resident, is the film’s director. Kyle Jarrow and Liz Garcia co-wrote the script, and executive producers Sofia Carson, Rosenbaum, Amy Baer, Hugo Grumbar, and Tim Haslam are also involved. The movie was produced by Leslie Morgenstein and Elysa Koplovitz Dutton for Alloy Entertainment. Learn more about this forthcoming drama about romance, Here is all the information you need to know about Purple Heats, including the plot and streaming information.

Purple Hearts will begin available exclusively on Netflix on July 29, 2022, according to Netflix.

On July 12, 2022, Netflix unveiled the Purple Hearts official trailer. In the opening scenes, Cassie is shown saying goodbye to Luke as he departs for military duty. Cassie’s voice can be heard resonating in the backdrop as scenes from their wedding flash by. She claims that music is her everything, but whenever she attempts to make songs, her medical issues come in the way. There are images of the atrocities of war and Luke returning home hurt. What happens next is unclear, but it is clear that a marriage that was intended to be convenient has turned out to be anything but convenient.

Cassie, a promising singer-songwriter who has diabetes and requires assistance paying her soaring medical expenses, is portrayed by Sofia Carson in the major role. Carson is a singer that has contributed to a few film soundtracks. She became quite well-known for her role as a member of the cast for the Descendants soundtrack CD. The soundtrack’s positions on the Billboard 200 peaked at 6 and 7. As a guest star on the Disney Channel sitcom Austin & Ally, she got her first break in the industry. Her portrayal of Ava Jalali in the drama series Pretty Little Liars: The Perfectionists has made her well-known. She may be recognizable to viewers from the Netflix movies Songbird and Feel the Beat.

Luke, played by Nicholas Galitzine, is a U.S. Marine who agrees to wed Cassie only to give her the much-needed health insurance. Galitzine has made appearances in The Craft: Legacy by Blumhouse and the Netflix series Chambers, in which he co-starred with Uma Thurman. He contributed numerous songs to The Beat Beneath My Feet album as a capable performer in his own right. He had a significant part in the movie Handsome Devil, for which he was nominated for five awards at the 15th Irish Film & Television Awards. Alongside Camila Cabello, he co-starred in the love musical Cinderella and High Strung, among other motion pictures. 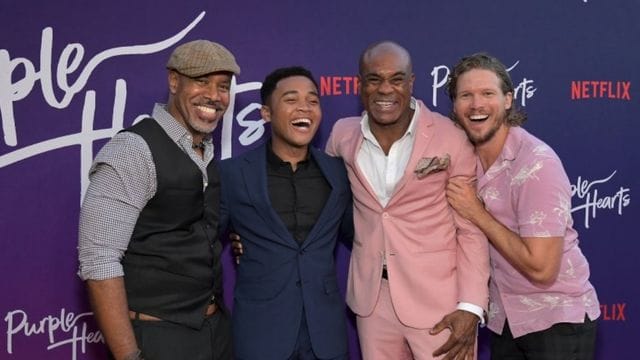 Riley will be performed by singer-songwriter Breana Raquel. She starred as a guest star on Criminal Minds and had a regular character on SEAL Team. Playing Mila will be Kendall Chappell. Her breakthrough role as a lead actor in the short film Gisele occurred in 2014. Nicholas Duvernay, Kaitlin Huwe, Chosen Jacobs, John Harlan Kim, Anthony Ippolito, Kat Cunning, and Sarah Rich are other actors in the Purple Heart cast.

Riley will be portrayed by another musician, Breana Raquel. On SEAL Team, she had a recurring part, and on Criminal Minds, she was a guest star. As Mila, Kendall Chappell will perform. She received her first significant break in the lead role of the short film Gisele in 2014. In addition to Nicholas Duvernay, the Purple Heart cast also features Kaitlin Huwe, Chosen Jacobs, John Harlan Kim, Anthony Ippolito, Kat Cunning, and Sarah Rich.

Cassie is a young singer whose musical career has not yet taken off in Purple Heart. She starts working as a bartender to help support herself. Her life appears to be running smoothly until she is given a diabetes diagnosis. Her bartending job is unable to cover the mounting medical expenses, so she devises a plan to obtain the health insurance she would need to escape this predicament. 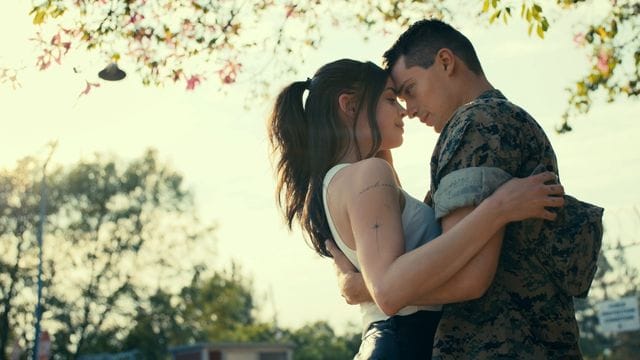 She asks her buddy Frankie, a military officer who is interested in a suggested marriage, for assistance in obtaining the insurance she needs to pay her bills. Frankie’s attractive friend Luke offers to accept the proposal, but he regrettably declines it. Unbeknownst to Cassie, Frankie chose to marry her for his own selfish motives.

Even though Purple Hearts is painfully predictable and never quite seems authentic, there is still some promise. There are a few well-observed instances where Cassie calls out the casual bigotry of a drugstore clerk and one of Luke’s annoying marine mates. The writing occasionally goes deeper than it needs to. However, this movie is a touch too apparent and on-the-nose for it to be truly interesting. Black Lives Matter and Pride flags are displayed on Cassie’s balcony, indicating that she is a liberal “snowflake,” in Luke’s words. Sadly, Netflix appears content to settle for this kind of competent but manufactured material very frequently these days.