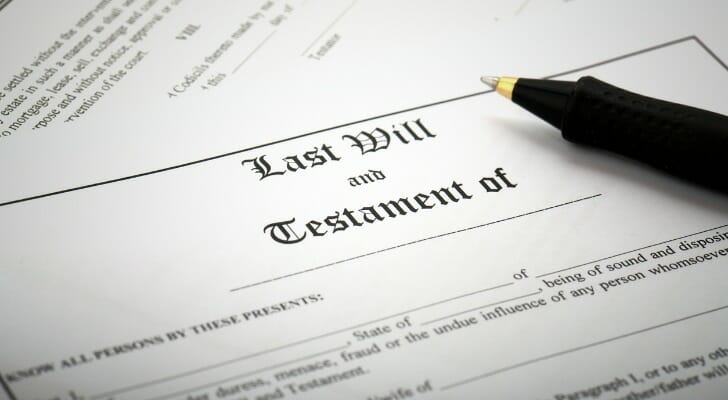 Online wills are now a thing. Initially, it sounds dubious to be managing such an important aspect of our personal lives over the internet, but we do it every day in all areas of life already. Online will-making has become a way to create a will without a lawyer in 10 minutes for a fraction of the cost of a traditional will. So, are they valid? OWM says “absolutely”.

How online wills took over

The 21st century and the rise of the internet have given us many things, but arguably choice is at the forefront. 30 years ago, we relied on our closest shopping mall for clothes, the local cinema for films, and our banks for storing money. Today, all of these things can be done not just online, but with companies around the world. Online wills are no different.

We no longer have to head to our local legal office and speak to one of five or ten attorneys who are at work that day. We can now speak to one of thousands around the world on a Zoom call, or even more unbelievably, communicate with software that is doing the same job as a lawyer. Making a will without a lawyer was perhaps inconceivable a few decades ago.

How to make a will online

Online wills were a response to the idea that we could create a will without a lawyer. They do this because wills are actually fairly repetitive, besides perhaps very rich people with complex estates or those with very complex relations. By definition, the average person is, well, the average person, and thus all share a very similar will structure.

This will repetition is what online wills tap into. They use an online form with questions and answers, to which the legal document is produced automatically based on the answers provided. Kind of like “filling in the blanks”.

As a result, it takes all of only a few minutes to answer the basic questions about your possessions and who should receive them, just like it would with a lawyer in conversation. Detailed lists can be provided, and for most people, this is enough. Some companies use dedicated desktop software, but most use web-based solutions, meaning users can complete them anywhere and on any device (smartphone included).

Why online wills are so cheap

The US may not have been the first to industrialize, but they soon become the masters of it. America is doing to the will what they did to the hamburger – and what they’ve done to almost everything they’ve touched – which is to industrialize and standardize for mass production.

Mcdonald’s is so cheap because the foundation of each burger is identical – and therefore so is the production and ingredients – meaning there’s no need to have chefs make each one individually or purchase one-off ingredients for a premium. This is what online will-making has become. There are a handful of inputs the customer can control – the same with a McDonald’s POS terminal when choosing extra sauce – but the rest is automated and mass-produced. The form builder was refined to meet the needs of the average person, and we simply just fill in the gaps.

The vast difference in costs between an online will and traditional will is because of the lower costs of production – namely labor and rent. The continuous payment of high wages and office overheads are required to make tomorrow’s lot of customer wills. But when the standardized process is built online and requires no more maintenance, all future wills are created without incurring any more costs of production (just a few servers and cheap customer service personnel). The lawyers helped build the software and process, but they’re no longer needed. When the cost of sale is so low, the price the customer pays is also low.

After a little more context over how online wills work, we can circle back around to the original question: Do you need a lawyer for a will, and, are online wills legitimate?

Though it depends on where you are, most states in the US have surprisingly straightforward will-making laws. You do not need a lawyer present for it to be valid, you simply need a disinterested witness or two, depending on where you are. These can be signed whether it’s a physical will or an online will – simple as that.

If the jurisdiction you’re in requires the will to be notarized, online wills can do just that. There have been countless examples already of online wills successfully distributing possessions according to the wills’ stipulations.

The only caveat here is that, because the online wills are simple form builders, a highly complex estate may need the nuance of a lawyer to help write. But, for those with an estate complex enough to require such a level of nuance, the client in question likely has money – money that can easily afford a lawyer. In other words, online wills are targeting average Americans for two reasons, not just one.

Plus, there are online wills that are aimed at a middle-ground approach. There are options where lawyers are kept on the payroll to remotely answer customer questions and even review wills that are submitted. This hybrid approach of partial automation has the best of both worlds, but again, costs less than a traditional will.