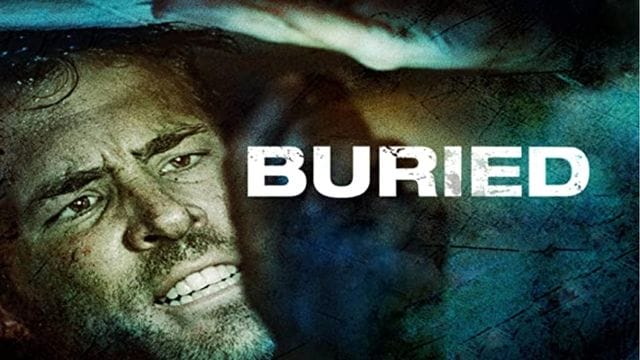 Buried is a Spanish English language movie which was released in 2010. This is a drama movie and directed by Rodrigo Cortes. The movie starred with Ryan Reynolds and it was penned by Chris Sparling.

The story of the movie is related to Iraq based American civilian truck driver Paul Conroy. And it is portrayed by Ryan Reynolds. He then gets attacked and finds himself buried alive in a wooden coffin along with only lighter, flask, knife, flashlight, glowsticks, pencil, pen and celphone.

The movie has received positive reviews from critics during its premiere at Sundance Film Festival.

What is the Plotline of Buried Movie?

In 2006, Paul Conroy who is an American civilian working in Iraq, wakes up. And find himself buried in wooden coffin along with lighter and black berry phone. He then calls 911 in Youngstown, Ohio the FBI in Chicago and also his employer none of whom help him.

Then he gets a call from kidnaper named Jabir who demands to pay $5 million or he left him in the coffin to die.

Eventually Paul calls State Department which tells him that because of government policy they are not going to negotiate with terrorist, they will not pay ransom but they will try to rescue him. Then they connect him with Dan Brenner who is the head of Hostage Working Group. 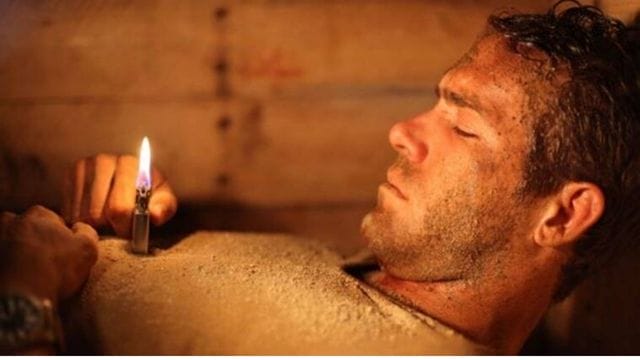 Dan then tells Paul that they are working to find and so conserve the battery of Black Berry phone. Brenner also tells Paul that a man named Mark White was rescued from the same situation three weeks ago and he is now safe at his home with family. Paul then calls his mother who is in a nursing home but unfortunately she does not remember him due to severe dementia.

What is the Cast of Buried Movie?

The lead cast of the Buried movie is as follows, just have a look at it –

What Was the Release Date of Buried Movie?

Buried movie was premiered at Sundance Film Festival on 23rd January 2010. The theatrical rights of the movie was purchased by Lionsgate. And gave the movie limited theatrical release on 24th September 2010 and wider release was done after two weeks later on 8th October 2010.

The has also won the best European feature film of the year’s award at the Strasbourg European Fantastic Film Festival out of competition held in September 2010.

Check out the trailer of Buried movie below. By watching this video you can get an idea about the plotline of the movie so that you can decide whether to watch this movie or not.

What Are the Reviews for Buried Movie?

Rotten Tomatoes website has given the movie rating of 87% which is based on 157 reviews with an average rating of 7.3 out of 10 rating. The sites critics says about the movie that –

“Wringing a seemingly impossible amount of gripping drama out of its claustrophobic premise, Buried is a nerve-wracking showcase for Ryan Reynolds’ talent.” Metacritic assigned the film a weighted average score of 65 out of 100 based on 29 critics, indicating “generally favorable reviews”. 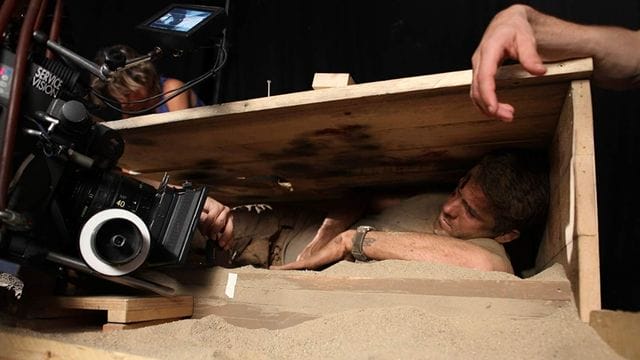 Movie critic Roger Ebert awarded the movie 3.5 ratings out of 4 and he wrote that –

“a brilliantly twisted suspense thriller that would have made Alfred Hitchcock proud.”

“The most excruciatingly painful date movie imaginable comes complete with a very smart feel-bad ending. See it with someone you hate.”