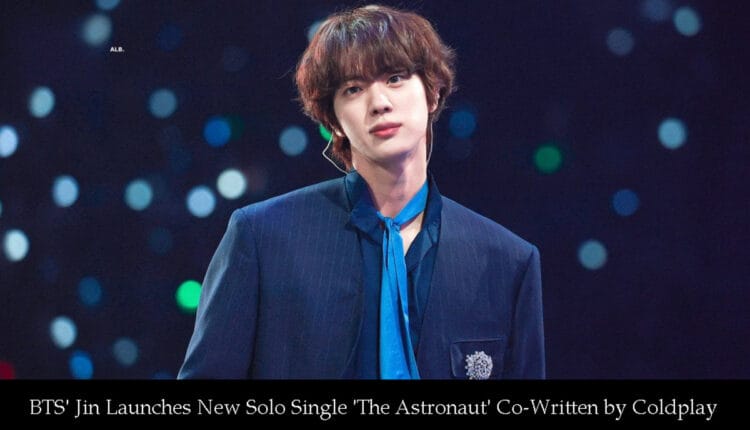 As soon as the news of BTS’s enlistment got viral, fans became emotional. It didn’t take much time for the Entertainment Company to surprise the fans with the news of the new solo single, “The Astronaut”.

Jin, the eldest member of BTS released his new single solo, “The Astronaut” for his fans. The music video for the song has already been unleashed with a special appearance from the popular singer, Chris Martin of Coldplay.

Ever since the music video was released, it brings a lot of joy to the ARMY who have been waiting for the comeback of the artist. As a group, BTS is already working hard for its recent comebacks and performance.

The latest music of the artist involves the production of Kygo and Bill Rahko, along with Max Martin being the executive producer of the song.

“It’s a huge challenge for me as artist J-Hope. It’s a very important momentum to just to go forward,” the musician told Rolling Stone via a translator this year, as he spoke while performing by himself. “So I had to prepare hard since it’s a very meaningful moment and an important part of my artistry. After this performance, maybe I’m going to feel a lot of things. I’m sure it’s going to help me as an artist to take the next step.”

The music video has already received millions of youtube views, along with millions of plays on different music streaming sites, Fans are appreciating the artist for releasing another solo single since he is going for military enlistment soon.

As of now, the singer and his members are already working on their music. ARMYs are extremely emotional over the news of BTS but it seems like the music brings another ray of joy for them during the tough time.

In a recent concert, the ARMY was seen singing the song. One fan tweeted, “the crowd singing the astronaut so loud only hours after it’s been released and it’s at a Coldplay concert, jin deserves this so much”

Another fan tweeted, “he deserves this more than anyone else in the world oh my god… this gave me chills. thanks to everyone who sang along and made Seokjin’s night unforgettable, thank you thank you, we love you jin.”