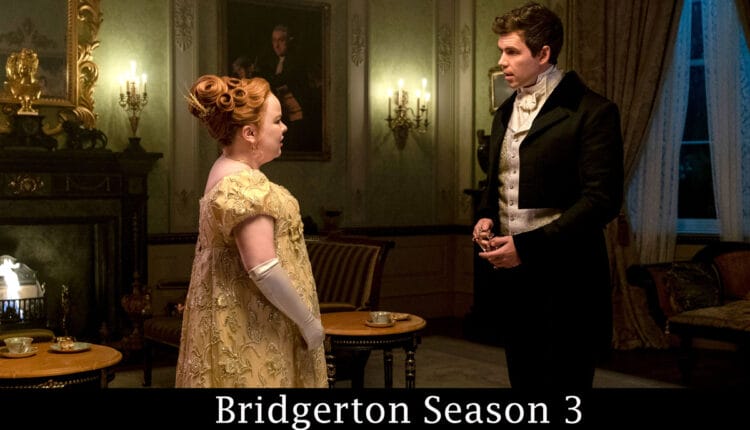 Bridgerton came out as one of the most popular romantic series in the history of Netflix. After the release of its first two seasons, the show already made its stop on the Top 10 popular shows on Netflix for 2 weeks straight. With the phenomenal cast, storyline, and visuals, Netflix continued to bring the royal legacy of the show to the people. After the end of the two seasons, fans are already wondering about the future of the series, Bridgerton Season 3.

Inspired by Julia Quinn‘s eight-novel Bridgerton series, fans were already expecting the extension of the series. There is no surprise that Netflix has already announced the renewal of the show. With The story of the royal family left to be covered and the royal love stories yet to show themselves to the world, we already guessed the continuation of the show into more seasons.

As the new season is already on the way, it’s been believed that the story is probably going to take you along the journey on the love story of Bridgerton’s siblings. The streaming platform has already revealed that the new season is going to bring a lot of changes to the original story and fans are going to experience a lot of new things. In this article, we’ll be going to take a look at all the exclusive details of the series. Continue reading this article to find out all the details.

Bridgerton Season 3 Release date: When is it going to Release? 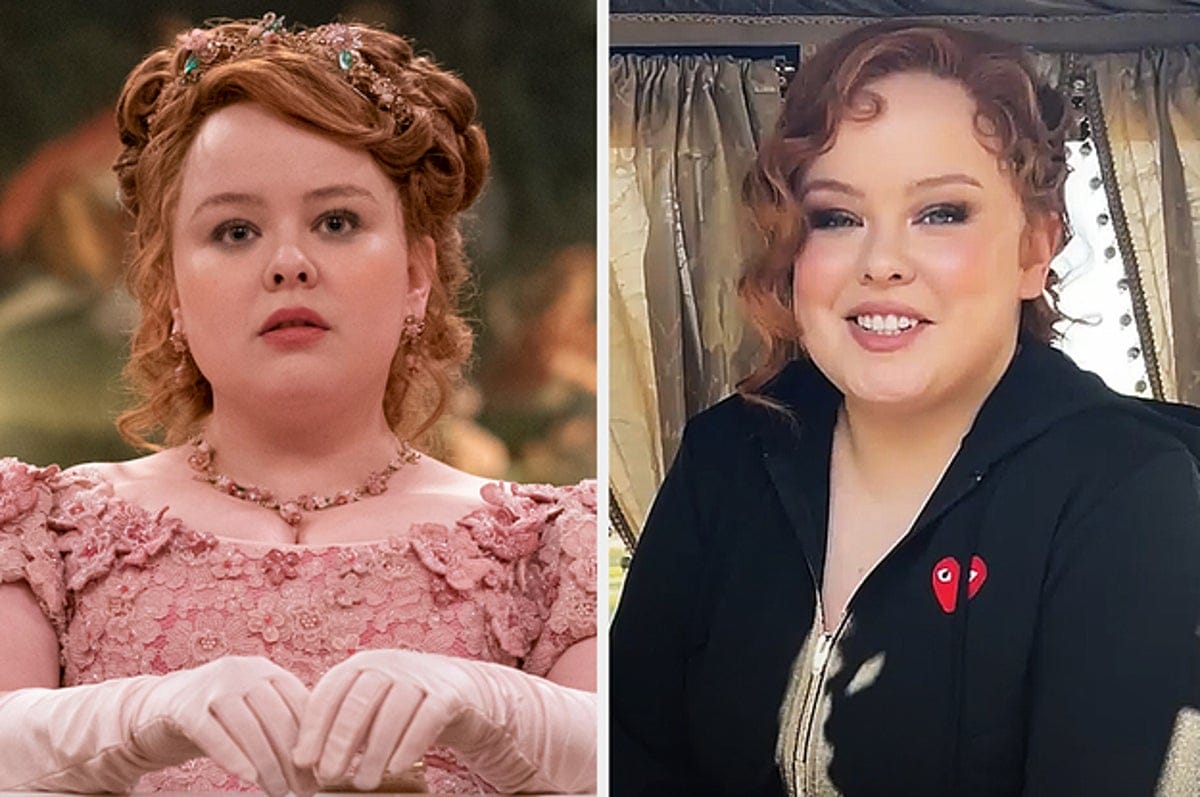 Written by Julia Quinn and adapted for Netflix by Shonda Rhimes’ Shondaland productions, Bridgerton follows the story inspired by Juila’s 8 novel series which follows the royal high society and their controversial yet romantic relationships. The raiders will be thrilled to hear that Netflix has officially announced the return of the popular romantic series back on their platform.

Many viewers are still confused regarding the real identity of Whistledown, but it is no surprise that her works are getting phenomenal love and appreciation from the worldwide audience. There is no wonder why Bridgerton is one of the massive hits for Netflix. From the background music to the splendid cast and their performance, the show managed to bring every aspect of life.

On April 14, 2021, Netflix officially announced the production and greenlit the show. Quoting, “Esteemed member of the Ton, it seems we have a rather special announcement. Bridgerton shall return for seasons three and four. The author shall have to purchase more ink… Yours Truly, Lady Whistledown,” on their post on Social Media, fans were already excited to watch the third season.

With the renewal of the third season (along with the fourth), the streamers are waiting to hear more details about it. As for the release date, the officials are yet to confirm the date for the upcoming season. There was a gap of 1 year between the first and the second season but a global pandemic seriously impacted the production for the third season.

The production of the third installment has already been announced but there are no words on the release date. Also, the fans are highly anticipating the early release of the show but it is yet to be announced when it is going to premiere.

If the production went successfully, we can expect the show to release in 2023. The second part of the show premiered in 2022 and the production of the show takes at least a year to get announced. Considering all these things, we are assuming that Bridgerton Season 3 will be released in 2023.

Bridgerton Season 3 Cast: Who will be in it? The third season is already announced to move forward with the fourth book of the author. So, the majority of people are going to be back in the show. We can assume that the other siblings are probably going to be back.

The officials reveal that  Francesca has a big role for the second season, however, the role of the character was cut because of some shooting conflicts, this might be added for the third season. Chris Van Dusen said, “I love Francesca, but we lost her midway through season 2,” he shared with the outlet. “After exhausting all other options, she, unfortunately, had to come out due to reasons beyond our control.” Hopefully, we’ll see more of the character in the series’ third installment.

Talking about the other characters, we believe that Phoebe Dynevor (Daphne), Jonathan Bailey (Anthony), Claudia Jessie (Eloise), and Luke Thompson (Benedict) will be coming back in their prominent roles. Along with this, the third season is likely to move forward with Lady Violet Bridgerton (Ruth Gemmel), Lady Agatha Danbury (Adjoa Andoh), and Queen Charlotte, of course (Golda Rosheuvel).

Also, we have seen that Simone Ashley and Charithra Chandran were in the second sister as Sharma’s sister and there might be a possibility for these two to be back in the third one.

On April 21, Simone announced that she will be coming back as Viscountess Bridgerton in season 3.

You may also like: Stranger Things Season 5 is Not Coming to Netflix in 2022, Know Why?

“I’m a Bridgerton girl now,” she said. The host then asked if she was returning to the period drama, to which Simone replied, “Yeah. Yeah, yeah, yeah. I mean, [Kate’s] kind of the head of the household now, and she’s the Viscountess and married to Anthony, and it’s a year later at this point. So, I’m excited about that.”

She further added that she is already excited to be a part of the show for the second time. The actor added,  “No drama, no scandals — well, season 2 scandals anyway. I’m super excited to see them super loved up and happy in that sense,” she said.

Charithtra will also be appearing in the third season, The actor said, “I love the cast and crew so much, so I’d be so open to coming back,”

She further added,  “I haven’t been told anything as of yet. It’s not my decision. And what I can hope for Edwina is of course I hope she finds love with someone wonderful one day. But my priority, at least in the

Bridgerton Season 3 Plot: What Can we expect with it? Based on the novel series of Julian Quinn, the third season will have some new and fresh elements. One can go through the books and get inspired to find the upcoming events in the third part. The third part of the royal love story is probably going to be inspired by  An Offer From a Gentleman, which showcases the life of the second eldest brother, Benedict Bridgerton, and his romance with Sophie Beckett.

Nicola has also revealed this through her Instagram post which reads, “Like Lady Whistledown, I have been keeping a secret for quite some time, and I can confirm to you all that season 3 is Colin and Penelope’s love story,” Nicola revealed on May 15. “I have kept that secret since two weeks into season 2. This is the first time I am saying it here.”

In the third season, fans are going to see how the young couple turned lovers from best friends, the series still follows some of the new elements, which might lead the show to a new start. We are hoping that the upcoming season is as brilliant as the other two seasons of Netflix.

Where is the official Trailer for the Movie?

The official date of the official trailer has been announced by the official yet. We are assuming that the third season is likely to premiere in 2023. Its been seen that Netflix reveal the trailer one or two months before the release. Till the time comes, here is the trailer for the first seasons of Bridgerton.

Share this article with your friends and let them know about it. Follow Trendingnewsbuzz and get all the latest updates about the upcoming event.

He-Man and the Masters of the Universe Season 3 Reveals Official Trailer, What to Expect?