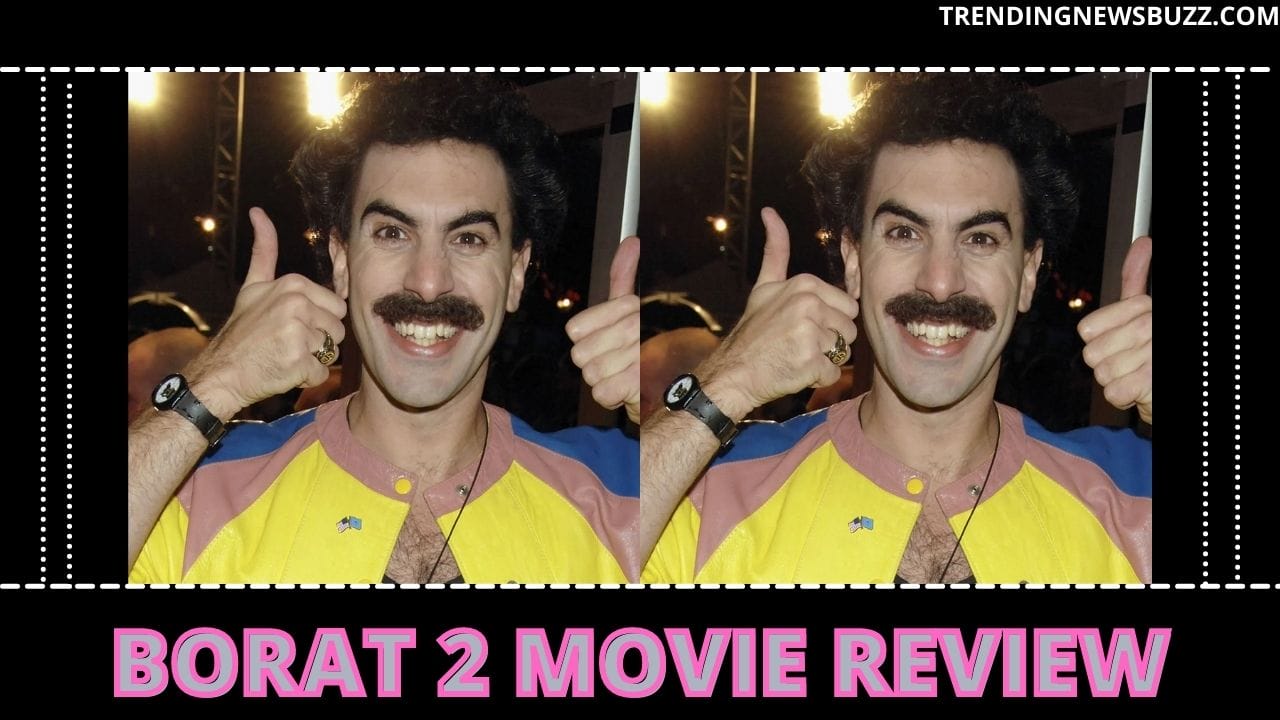 Borat 2, also referred to as the Borat Subsequent Moviefilm, features a mockumentary comedy drama which made its debut in the year 2020. It is a potential sequel to the 2006 documentary named ‘Borat’. Have you watched the movie? If not, then you are at the right place. Yes! We have got you all the important details of Borat 2 that are making rounds on the internet. You would definitely not want to miss them, right? 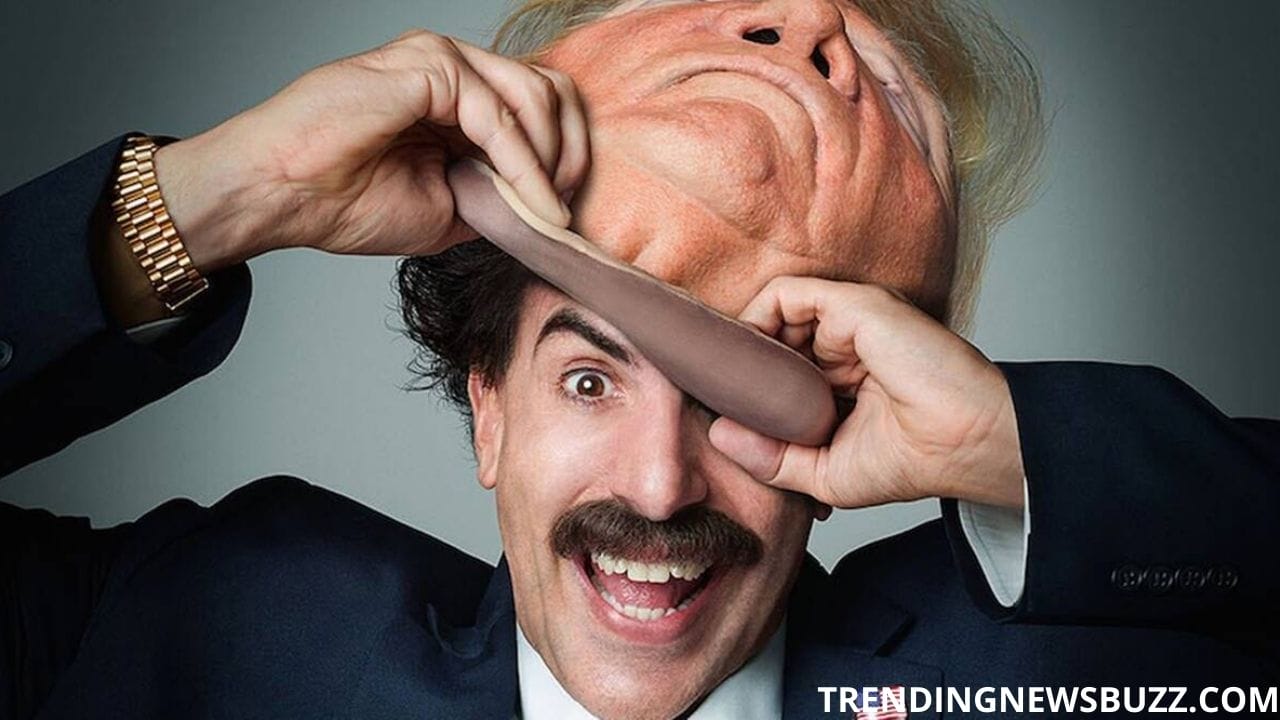 Borat Subsequent Moviefilm: Delivery of Prodigious Bribe to American Regime for Make Benefit Once Glorious Nation of Kazakhstan– that is what the full title of the movie suggests. But it is better abbreviated as Borat 2.

Just like the first part, in this movie, the character Borat returns from Kazakhstan to America to reveal more about the American culture, the country’s political elections and of course the COVID-19 pandemic. You see, how rationally the makers have curated a story out of the global crisis. A smart move, isn’t it? 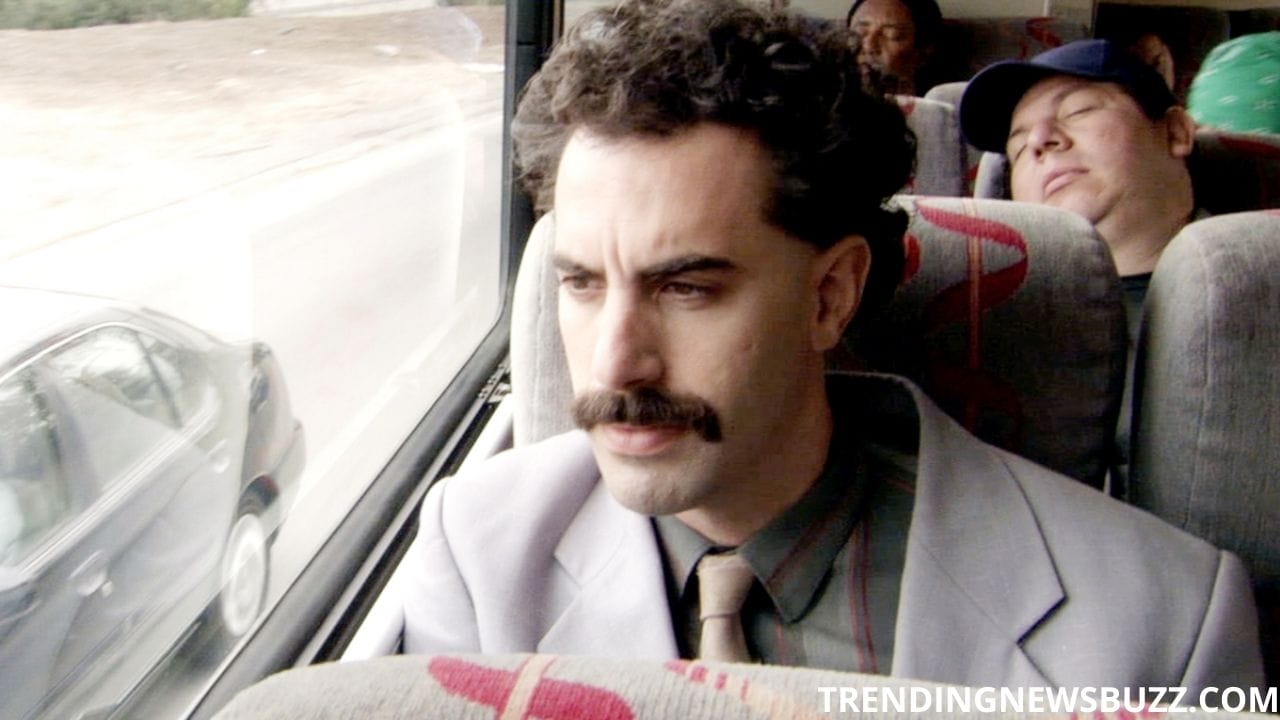 Premiered in the month of October, 2020, Borat 2 has gained a lot of attention from the audience as well as the critics. From critics to controversies, the movie has received every possible bit that it could. We have gathered all of  them for you. Read this article till the end and we will not disappoint you!

If you love horror series, then don’t miss Servant Season 2: Everything We Know That You Would Not Like To Miss! 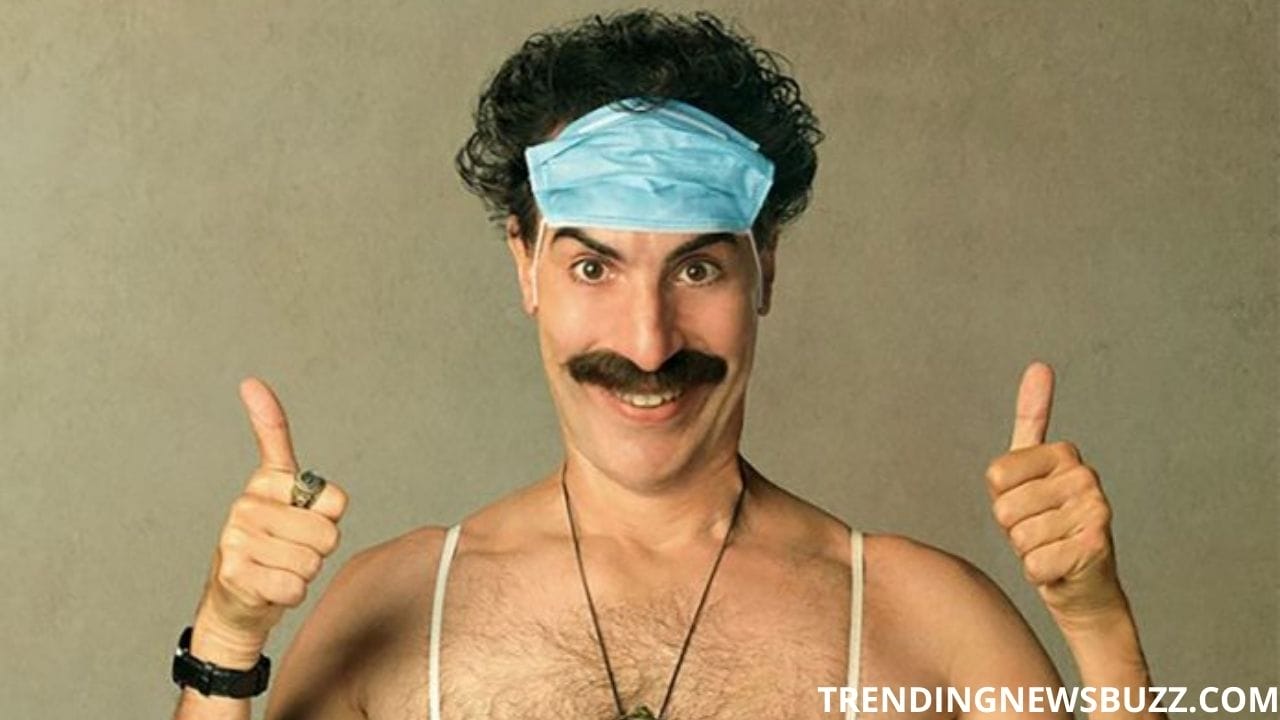 The mockumentary comedy film, Borat 2 was released on the 23rd of October, 2020 by Amazon Studios. Have you watched it yet? If not, then you can stream the movie at your suited time slot on Amazon Prime Videos. 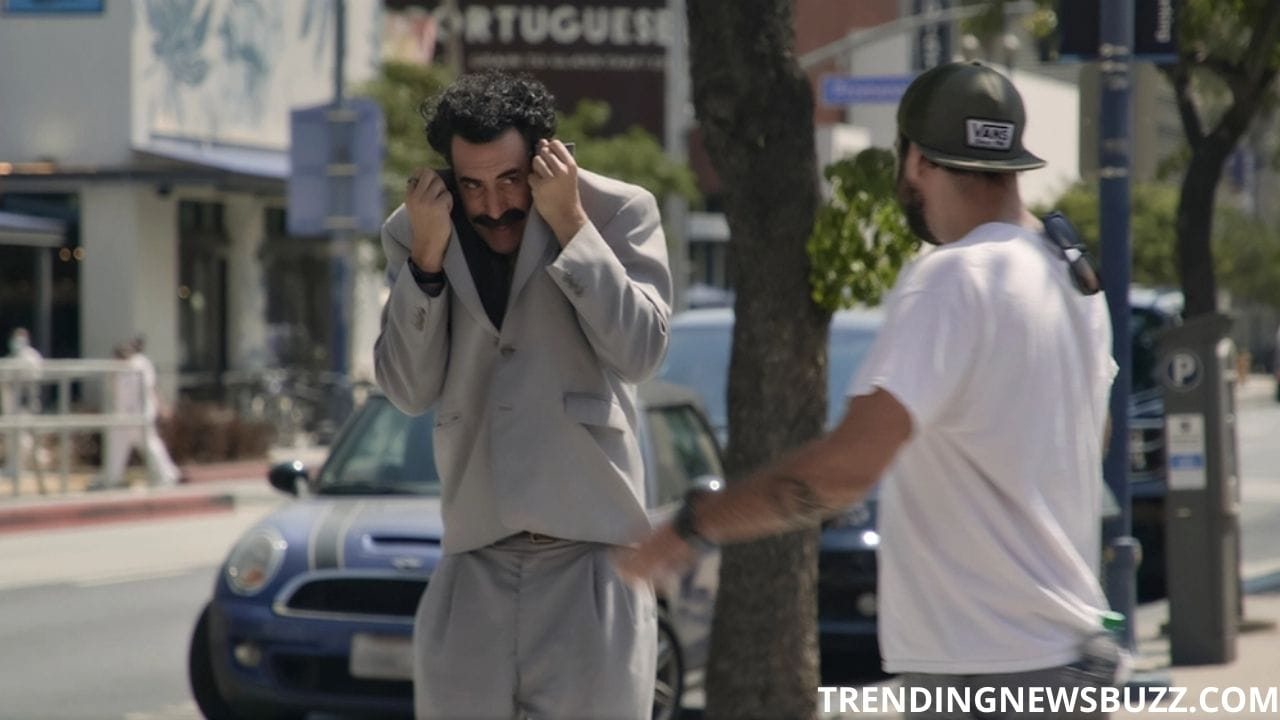 Trivia: Borat 2 was originally going to be released by Universal Pictures, but it did not happen because there occurred a negative pickup deal between them and Baron Cohen. Later, he approached other distributors but they seemed reluctant due to the film’s political representation. Finally, in the month of September, 2020, Amazon Studios decided to be the distributor.

Do you know Tom Cruise starrer ‘Top Gun’ is getting a sequel? Don’t miss  Top Gun 2 Release: Why Was It Delayed? And Many More That You Would Not Miss! 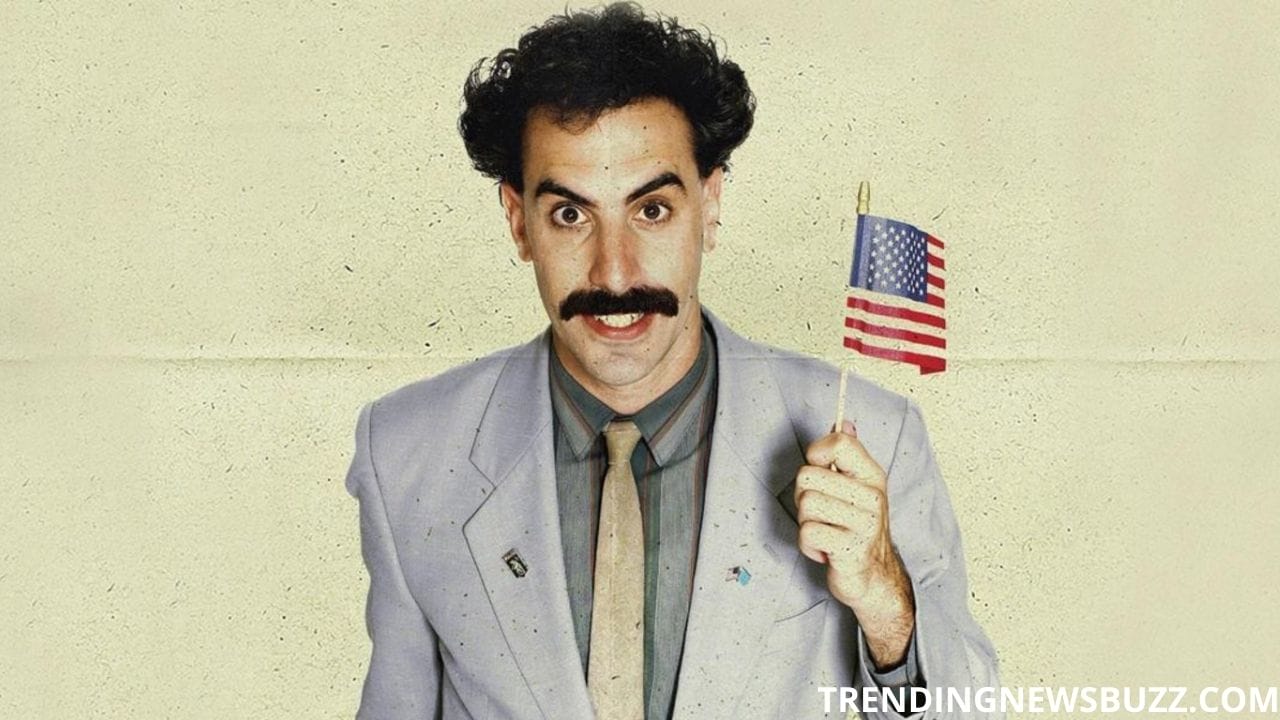 Before we move further with this article, let us take a quick look at the main cast of Borat 2. Here is the list for you: 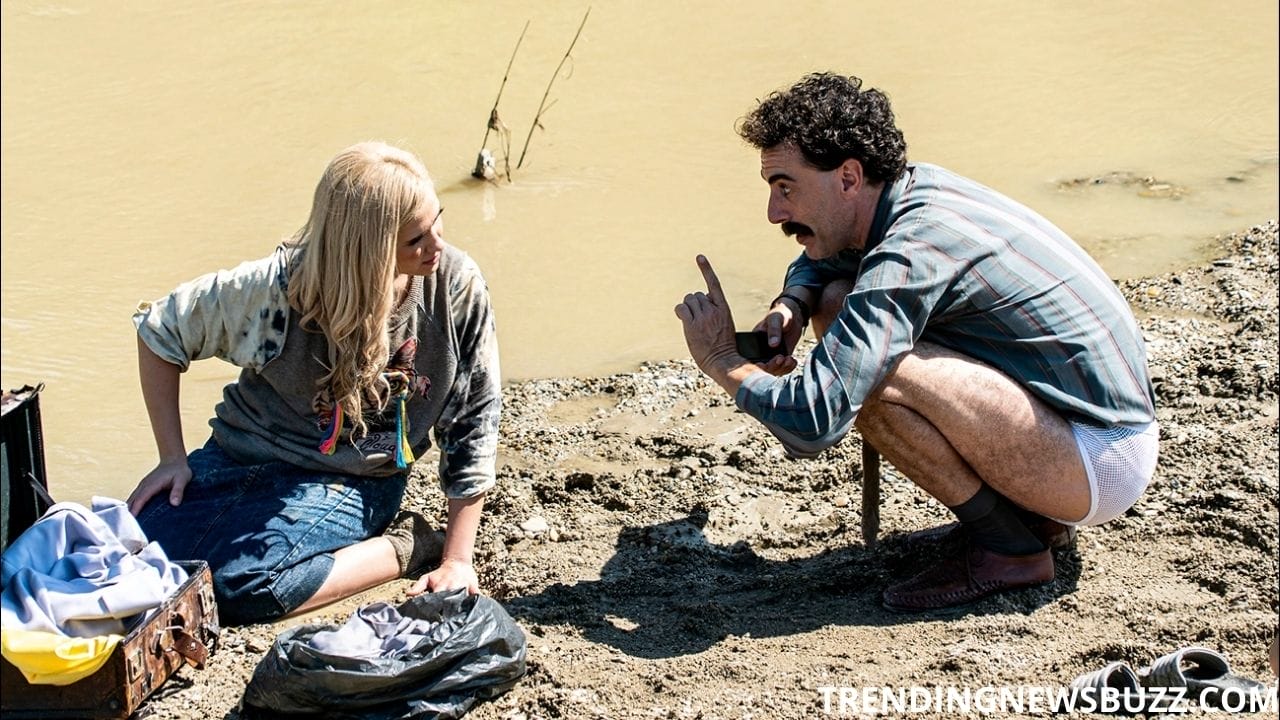 Trivia: Bakalova was chosen for the role of Tutar in Borat 2 from a bunch of around six hundred people who auditioned for the same role.

Following up from the cultural shock Borat experienced in Borat: Cultural Learnings of America for Make Benefit Glorious Nation of Kazakhstan(2006), and after a span of fourteen long years, the Kazakh reporter has been summoned to attend a life-or-death task. In order to reestablish himself and to protect the reputation of his ‘glorious nation’ Kazakhstan, Borat is ordered to return to President Donald Trump’s America only to accomplish the delivery of an exceptional present to Vice President Mike Pence. 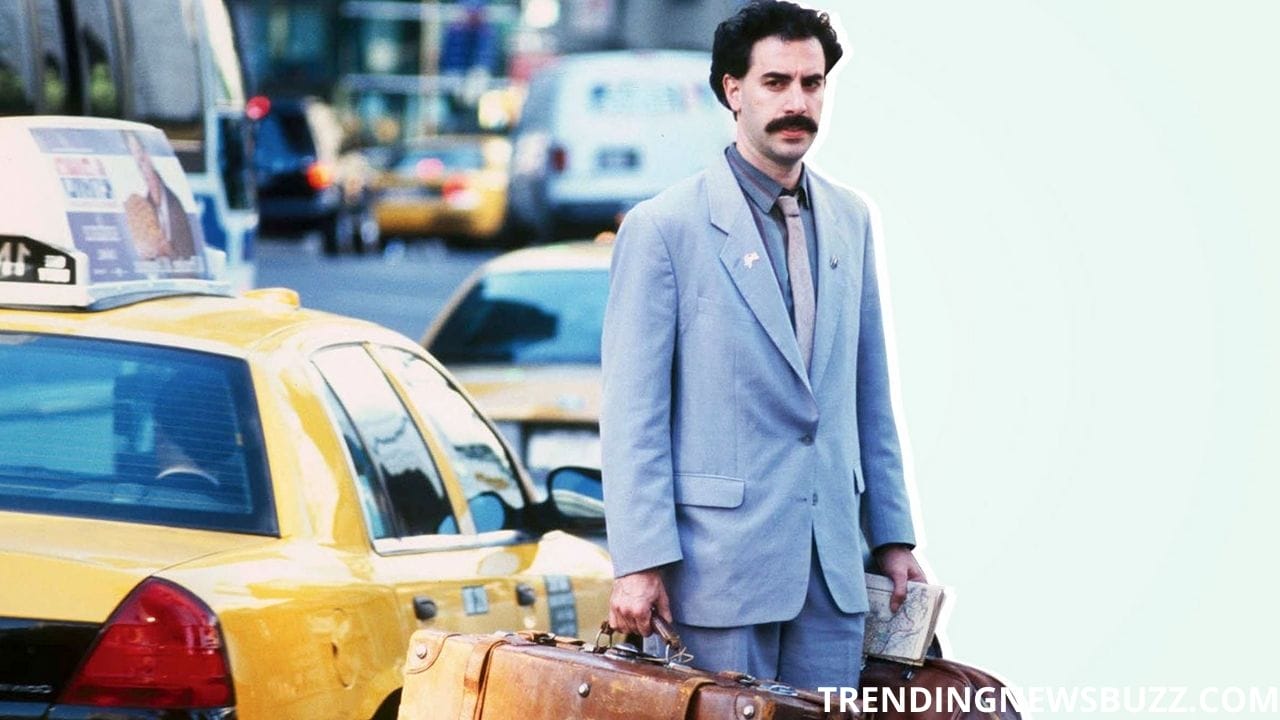 In the course of this journey, Borat discovers his newfound fifteen-year-old daughter, Tutar. She, on entering the arena, impacts on a change of plans, and therefore Borat is forced to step into U.S. politics. In the meantime, the father and daughter duo learns about COVID-19, racism, feminism and many more. The question is, will Borat be able to successfully carry out his mission? 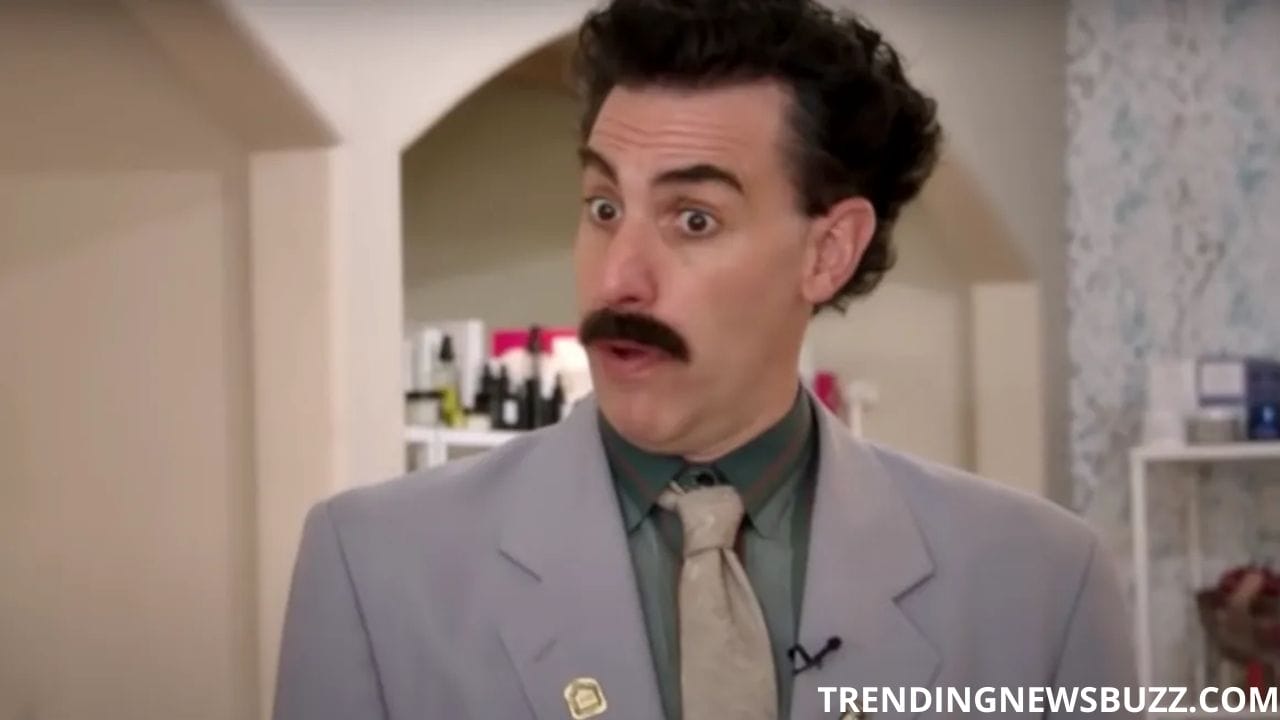 Borat 2 has a very distinctive storyline, isn’t it? What do you think?

If you love crime drama, then this exactly what you are looking for! Also read The Final Blow: Narcos Mexico Season 3 Is Just On The Way!

With an IMDb rating of 6.6 out of 10, Borat 2 received a lot of responses from both the critics and the audience. Here we have divided the review section into critical responses and audience reviews for you. 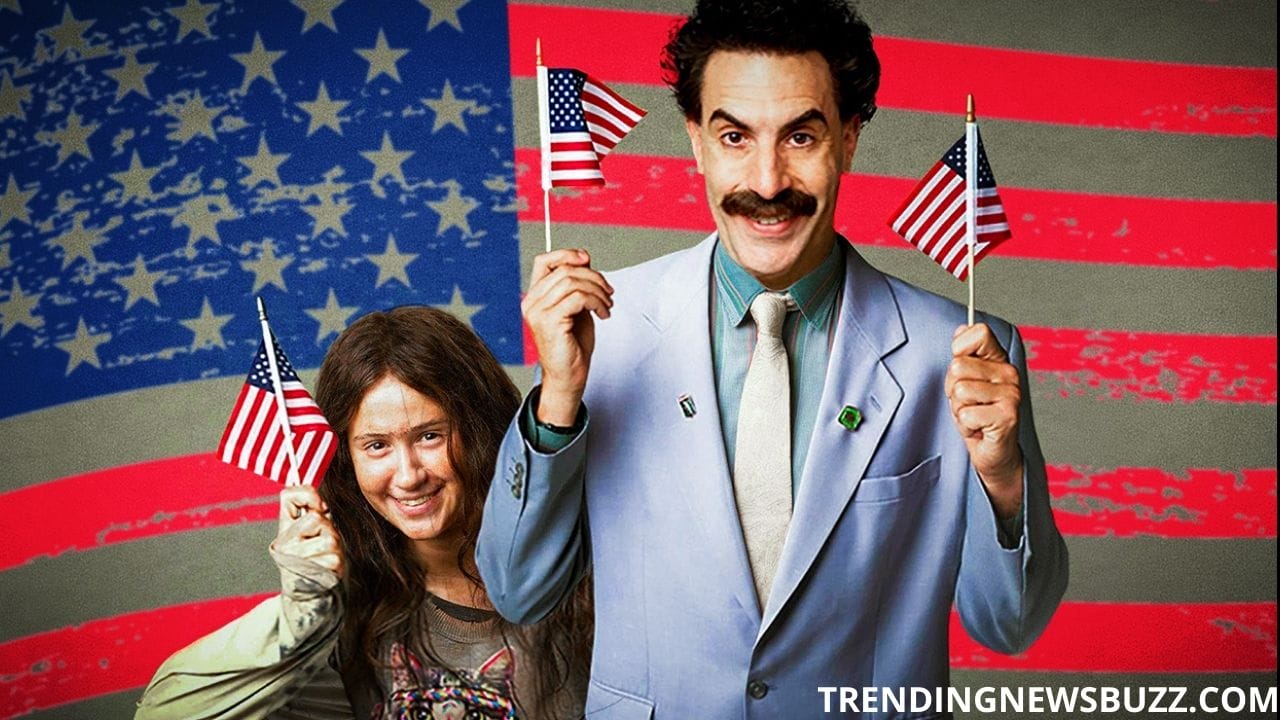 Firstly, the critics could not stop praising Maria Bakalova and of course Baron Cohen’s performance. They loved the portrayal of this character and her acting skills. Secondly, they admired the blend of issues that has been brought up in the film, ranging from politics to the global pandemic. With favourable reviews, critics believe that Borat 2 proves to be Baron Cohen’s sharp comedic creation to highlight the most misguided corners of American culture.

At the same time, some critics believe that Borat 2 might be a hilarious journey, but also at some points portrays a cringe-worthy experience. They also think that the sequel is “ruder” than the first movie. 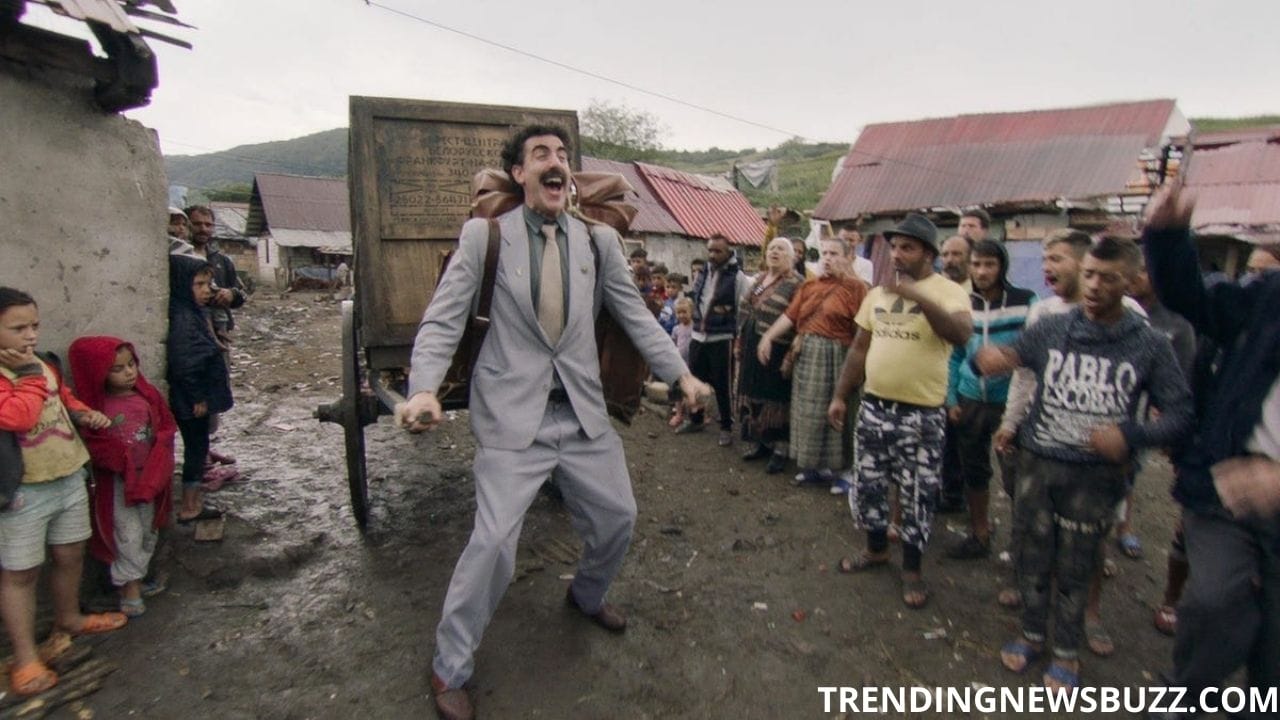 The audience loved the hilarious experience and the portrayal of the uniqueness of American culture throughout Borat 2. They also appreciated Baron Cohen’s amazing creativity and acting techniques. They also believe that Borat 2 is an outstanding satirical comedy intertwined with reality.

While, some feel that no scene in this movie could be compared to the exceptional scenes in the first part. However, the audience seemed to have liked the movie overall.

If you love watching animated features, then don’t miss Minions 2 Is On The Way! 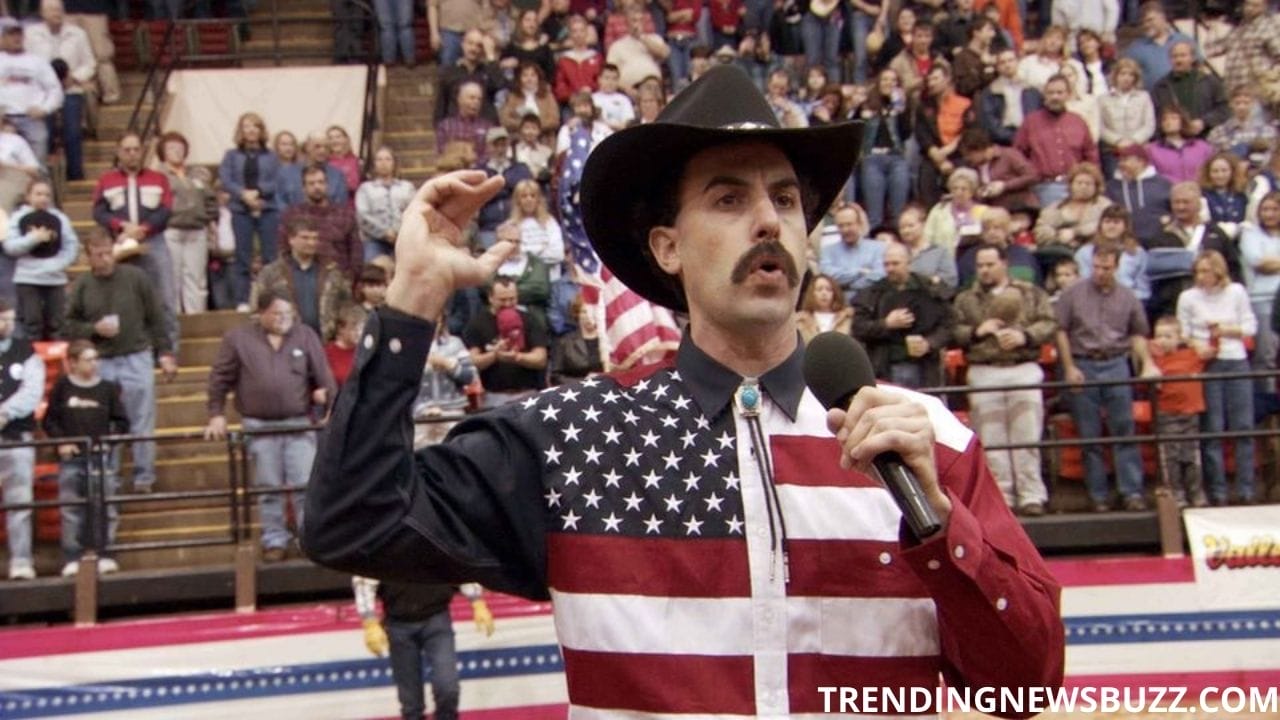 Apart from these, the movie and the actors have been nominated for some prominent awards and accolades.

Concluding on That Note 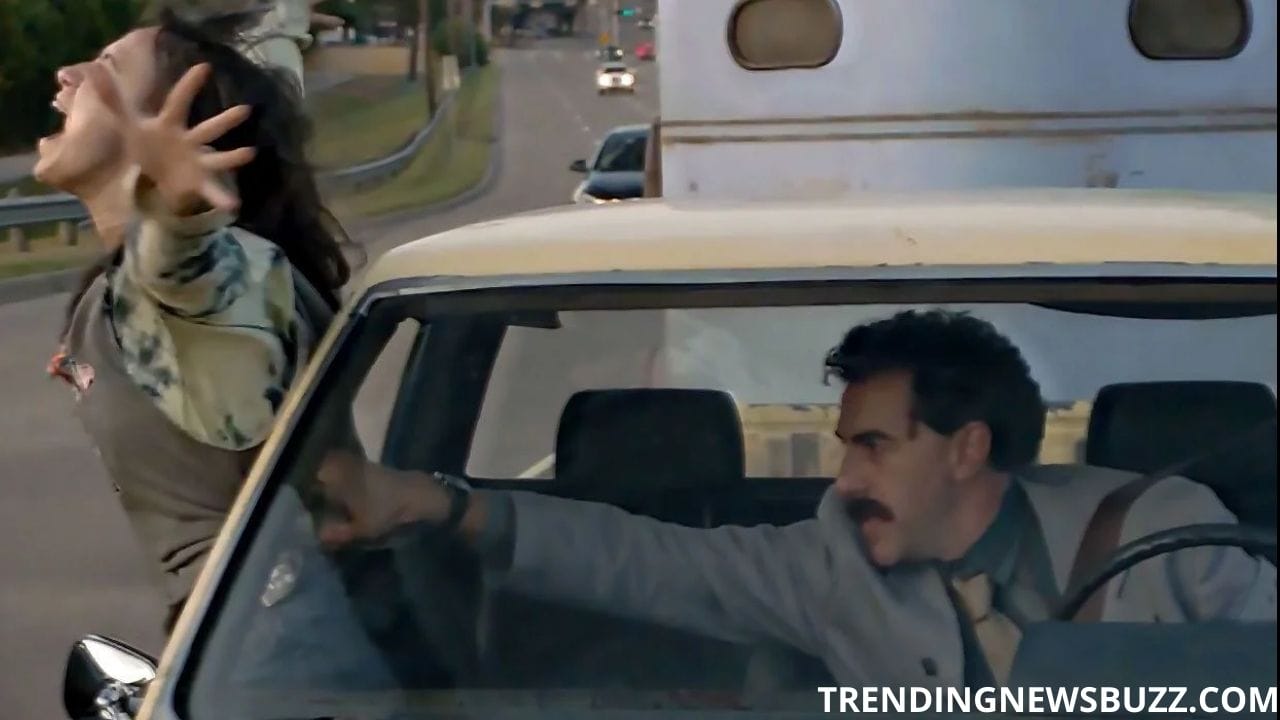 That was all about Borat 2 that we had to offer. Hope it was helpful. Tell us about your views and thoughts in the comment section below. We would love to hear from you.