The long wait has finally paid off.

Blood of Zeus anime series is finally coming to Netflix.

Netflix, via its official Twitter handle, marked its release date to October 27 of 2020.

Before this public announcement, Blood of Zeus was known as Gods & Heroes. However, looking at the theme of the story, the makers renamed its title.

As for the anime series, it’s based on Ancient Greek Mythology that’s produced by Powerhouse Animation Studio & created by Vlas & Charley Parlapanides.

Now, you know the Blood of Zeus’s official release date on Netflix. What about its plot, or even cast? Do you’ve any idea about it?

If you don’t, continue reading this post to find all your answers. Let’s jump ahead:

These are the confirmed cast members to star in the upcoming Netflix Original Anime Series:

Along with them, you may notice the dulcet tones of Adetokumboh M’Cormack, who has previously worked as the voice of Isaac in the Netflix Original anime Castlevania.

How was the trailer?

Do let me know your thoughts in the comments section given below.

And because of this curse, a giant was unleashed into the world. Years went away, an army of fallen giants has descended upon Greece.

A total of 8 episodes of 24 minutes each, Blood of Zeus may disappoint some fans because of the lower episode counts.

With Blood of Zeus, Netflix is trying its best to target a bit more mature audience. I hope in the future; we’ll get to see similar Netflix anime series.

That’s all for now. If you’ve any questions, don’t forget to ask me via the comments section given below. 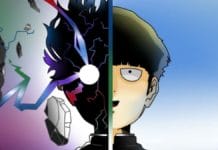