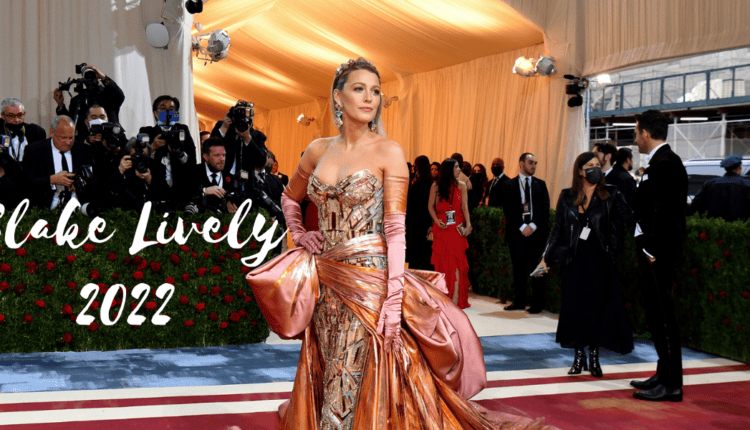 For the occasion, Lively and her husband Ryan Reynolds served as co-hosts. While Reynolds opted for a more formal Ralph Lauren tuxedo to complement the event’s theme of “Gilded Glamour and White Tie,” Lively dazzled in a custom Versace gown that was inspired by Art Deco design and the architectural details of some of New York’s most famous buildings. 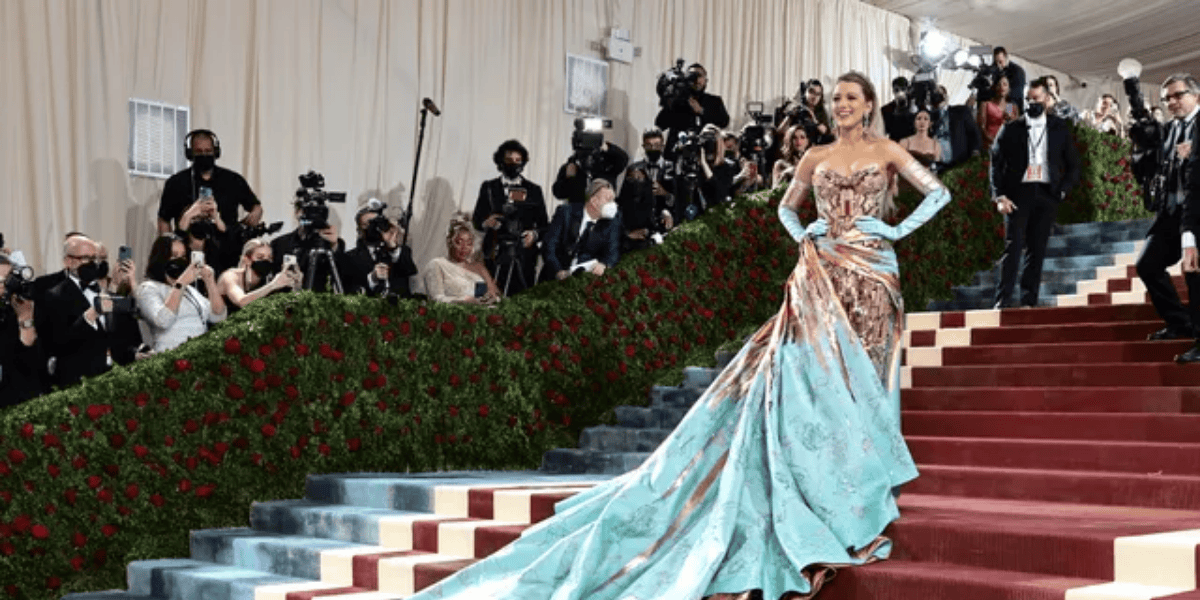 Guests were encouraged to dress in a manner reminiscent of the Gilded Age, a thirty-year period at the close of the nineteenth century that saw rising wealth for industrialist families in the United States, as well as extravagant fashion for New York’s upper crust.

When Lively initially arrived, the sparkling, beaded Versace gown was adorned with a huge coppery satin bow, which added to the festive atmosphere. Nevertheless, as she made her way up the stairwell to the entrance to the Metropolitan Museum of Art, her bow was pulled back to expose the rest of the sweeping ensemble: A long skirt in a coppery tone that pays homage to the patina of the Statue of Liberty is featured.

The actress revealed to LaLa Anthony during Vogue’s live video that she had “patinated.” “This garment is a dedication to New York City and the many classic, renowned buildings that can be found there.” “This is details from the Empire State Building, some of the draping from the Statue of Liberty…(and) the constellation from Grand Central Station,” she said, pointing out some of the dress’s subtle parallels.

Tiaras have proven to be the most popular item of the night, and Lively was just one of several celebrities that chose to wear the adornment. Hers was a beautiful band with seven spikes, which was yet another nod to Lady Liberty. As for the seven continents, as represented by the seven stars, the actor noted that they represent “inclusivity, welcomeness, and freedom.” She also asked jewellery designer Lorraine Schwartz to include 25 stones in each of the 25 windows of the famed statues, which she received in return. 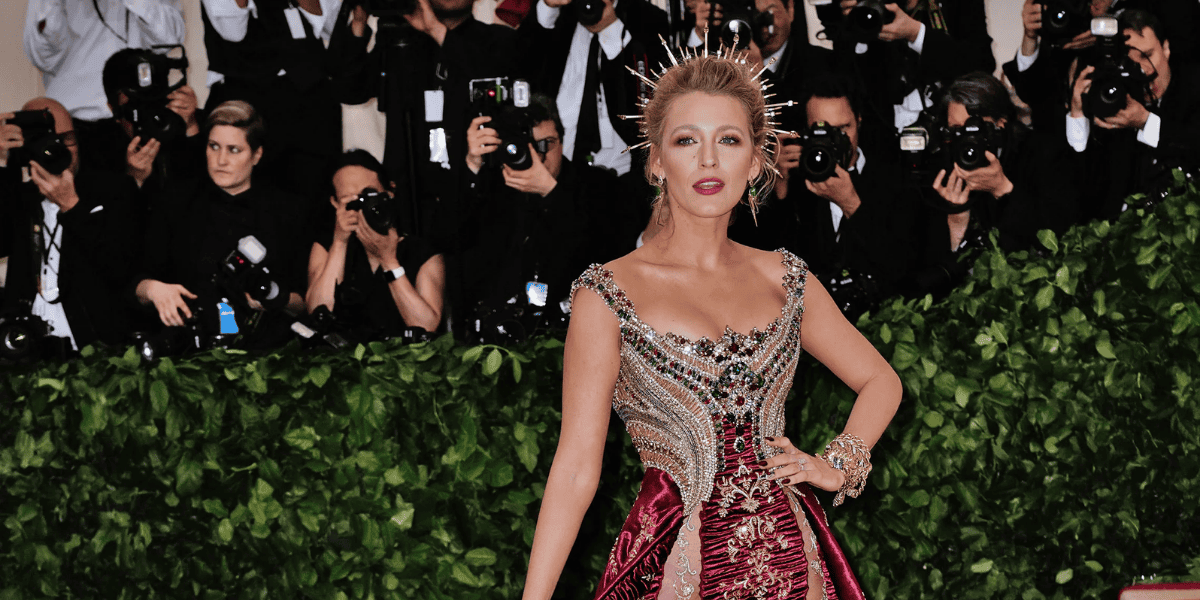 According to her, Schwartz asked her, “‘Who is going to be actually counting the stones?'” she recalled. “‘Me, I’m a Virgo,'” she said, a grin on her face.

“Being one of the hosts this year was very nerve-wracking,” she said to Anthony in an interview. “I felt it would be interesting to take a different approach to the theme by focusing on the city that I adore and its architecture, rather than just the clothes.”

Read More: Doctor Strange and the Multiverse of Madness Review: Examined in Detail!