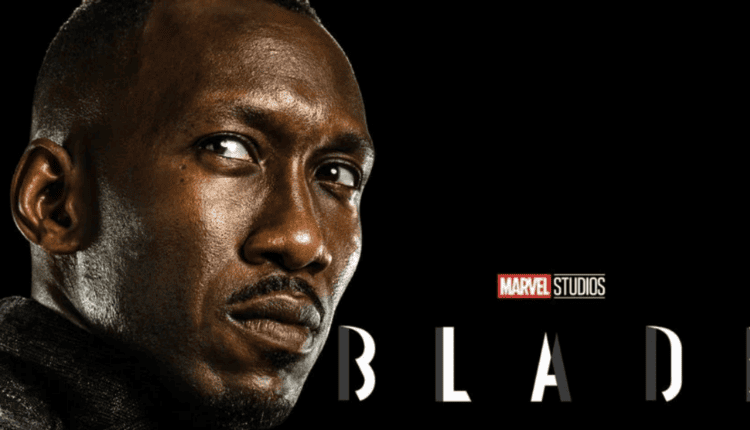 Blade 2022: Everything You Need To Know About It!

The heroic vampire hunter will be joining the Marvel Cinematic Universe.

Marvel has more than a dozen new projects in the works through 2024, ranging from its usual film slate to a slew of new television shows on Disney Plus and other platforms.

One of the films we’re looking forward to is the next Blade film, which will star two-time Academy Award winner Mahershala Ali in the role of the titular vampire hunter.

Almost from the moment Ali was confirmed as the star who would bring the human-vampire hybrid firmly into the Marvel Cinematic Universe back in July 2019, we’ve been curious about who would be joining him on screen.

The first suggestion was made at the end of 2021, with Delroy Lindo apparently having joined Ali in the Marvel Studios film Blade as the inspiration.

And now, with the addition of Aaron Pierre from The Underground Railroad, the Blade reboot’s ensemble is beginning to take shape. 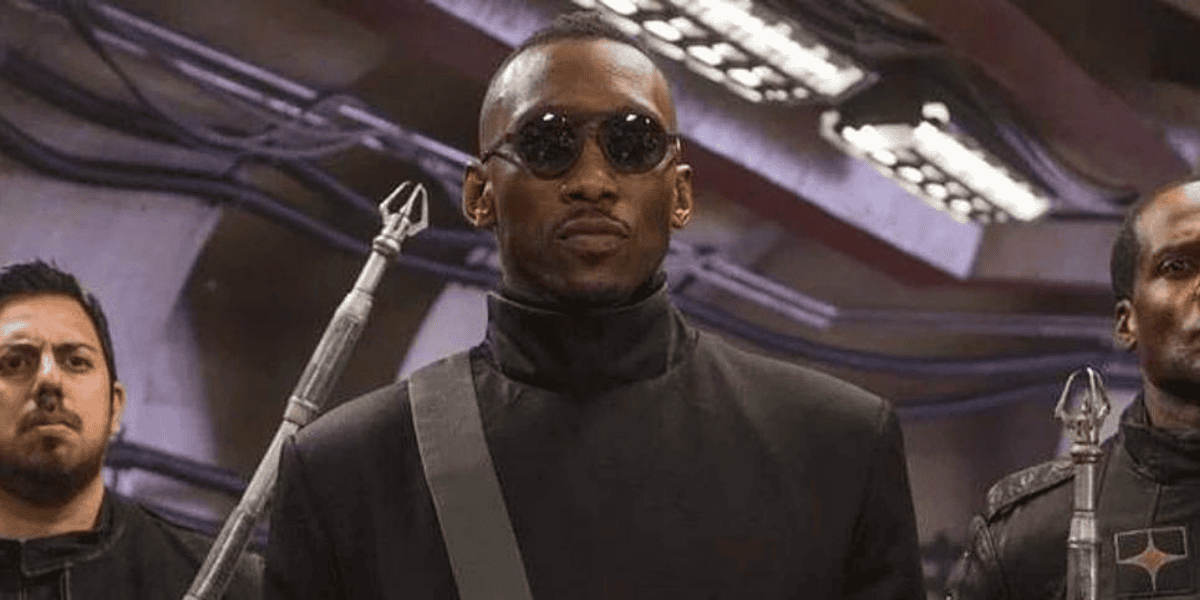 According to Deadline, the actor has signed on to play a significant role in the film, however it is still unclear who Pierre would portray in the production. More on this in the section below.

Blade, originally created as a minor character in Marvel’s comic universe in 1973 and previously performed by Wesley Snipes on the big screen, swiftly rose to become a cult classic.

Blade’s history – a half-vampire named Eric Brooks who is determined to eradicate all bloodsuckers using his talents and supernatural abilities – will undoubtedly make for a very different introduction into the Marvel Cinematic Universe than the previous films in the franchise.

Marvel’s presentation at the San Diego Comic-Con in 2019 was the first time that plans for a new Blade were revealed.

There has been little information released about the Marvel Cinematic Universe’s interpretation of the character, however Ali’s voice may be heard in the Eternals post-credits scene, which can be heard below.

But, what can we expect from Ali’s new Blade in terms of action? What information has been made public, and who will be appearing in the film? Take a look at the list below for everything we presently know about the Blade reboot.

When Can We Expect To See a New Blade film in Theatres?

There is no set date for the release of the new edition of Blade at this time.

Marvel’s Phase Four film series, which began in 2020 with Black Widow and continues through multiple films and new streaming shows that are now showing, does not include Blade, according to Deadline. 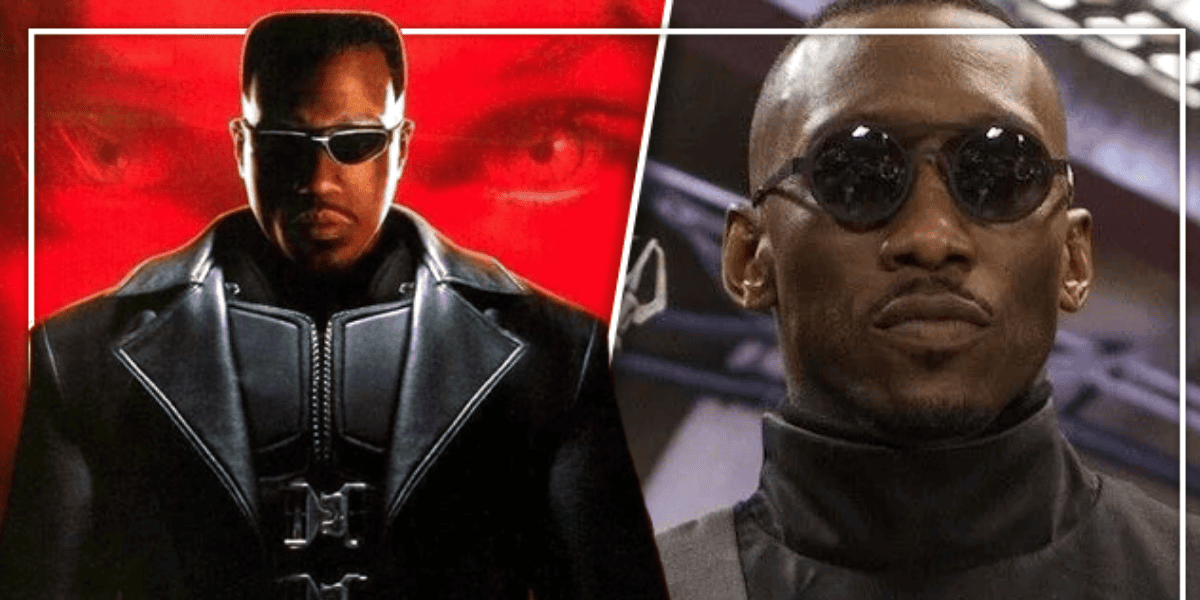 We’ll have to wait for Black Widow, Thor 4, Doctor Strange 2, The Eternals, Shang Chi and (presumably) the sequels to the Guardians of the Galaxy, Captain Marvel, and Black Panther before we get to see Ali as the vampire hunter in action.

It has been reported by the industry publication Production Weekly that the Blade revival would begin filming in Atlanta in the summer of 2022.

Like we previously said, Mahershala Ali has been cast in the key role of Blade, a Marvel superhero who is a half-vampire daywalker who hunts down monsters of the night in the Marvel universe.

Ali previously appeared as the villain Cornell “Cottonmouth” Stokes in Netflix’s Marvel-themed series Luke Cage as well as the animated film Spider-Man: Into the Spider-Verse, indicating that he has some superhero experience. He was also credited with helping to get the Blade reboot made in the first place, according to the Hollywood Reporter.

According to Marvel Studios president Kevin Feige, Ali called him immediately after winning the Academy Award for Best Supporting Actor for Green Book to arrange up a meeting and then offered the idea of a Blade film starring himself. Ali declined to comment.

In an interview with the Hollywood Reporter, Feige said, “When Mahershala calls, you answer.”

As previously stated, Delroy Lindo (Da 5 Bloods and The Harder They Fall) will co-star with Mahershala Ali in the upcoming Blade revival in a mysterious character in addition to Mahershala Ali himself.

According to The Hollywood Reporter, Lindo was in final negotiations to join Ali in Blade at the end of last year, although it is unclear what role he will play in the film.

And now, with the addition of Aaron Pierre, who previously appeared in The Underground Railroad, the Blade relaunch is beginning to take shape.

It has been reported by Deadline that the actor has signed on for a significant role in the film, however the specifics of his involvement have not yet been revealed.

At this time, no more members of the cast have been officially confirmed.

Blade, on the other hand, only appeared in the post-credits sequence in Eternals, when Kit Harington’s Dane Whitman was in charge of the Ebony Blade, which was performed by Blade himself. Possibly, we can also expect to see the history professor make an appearance here as well.

Stephane Ceretti, the VFX Supervisor for Eternals, hinted at the possibility of Whitman making an appearance in an interview with ComicBook.com.

“Then I explained to him that I was gifting him the money, and that he should utilise it well to benefit from it.'” But I’m confident that it will perform even better than expected.”

Since the next Blade film has not yet begun production, there has been no indication that a trailer will be released for the new picture.

But you can watch the given Blade trailer until its official trailer come.

Isn’t there already a Blade Film Out?

Yes, there were three, all starring Wesley Snipes as the titular vampire-hunter and released between 1998 and 2004. These films are often regarded with helping to usher in the current era of superhero filmmaking.

After the critically acclaimed first and second Blade films, Blade: Trinity, which featured Ryan Reynolds and Jessica Biel as well as Kris Kristofferson, Donnie Yen, Danny John-Jules and Donal Logue, concluded the trilogy (apart from an attempted TV reboot with a new cast in 2006).

Despite the disappointment of some of Snipes’ admirers (who had hoped to see him return), Ali has been granted the go light to take over the role.

Snipes issued a statement to TheWrap saying, “To all the DAYWALKERS loosing their minds right now, chillaaxx.”

Although the news is unexpected, it’s all for the best. This is how ‘entertainment’ does business! Greetings to the MCU cast and crew, always a fan. Admiration and respect are due to Stan, the grandmaster.

Thank you for this wonderful opportunity, Mahershala Ali, and best wishes for the future to you and your family. Inshallah, we’ll be able to collaborate at some point.

Read more: Cobra Kai Season 5 : Will There Be a Season 5 of Cobra Kai?

Read More: The Circle Season 4 : It’s Time to Find Out What You Need to Know Now!