Trending News Buzz
Home Movies 'Black Panther II': What You Should Know Before Watching This! Find Out...
MoviesTop Trending

‘Black Panther II’: What You Should Know Before Watching This! Find Out What You Have Missed 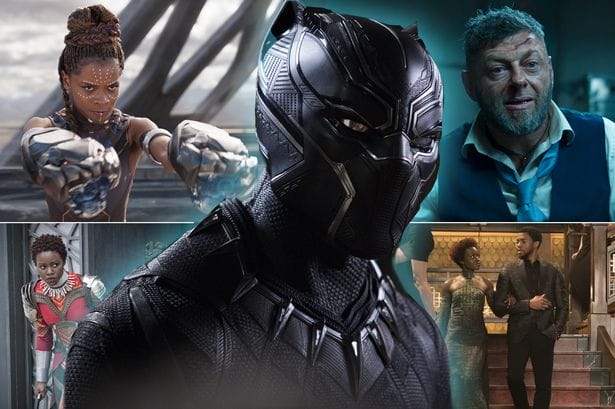 Marvel Cinematic Universe made history with an epic movie like Black Panther. Even before the Marvel studios started talking officially about MCU’s Phase 4. The MCU big man, Kevin Fiege, reportedly said the sequel of Black Panther is undoubtedly happening.

Firstly the movie made history with Golden Globe nominations. Secondly, it went to massive heights and made history at the 2019 Oscars. This movie actually broke records which other superhero movies had never even dreamt of.

When to expect the release of Black Panther 2?

Ryan Coogler was once again reeled in by the MCU to write and direct Black Panther 2. Coogler is reportedly bringing back the original creative team too. The sequel’s release date was announced at D23 Expo – 6th May 2022.

The movie will either be a late entry in Phase 4, or even Phase 5. There’s a lot of time before this movie releases. Subsequently, this means that Coogler will have plenty of time along with his team to deliver another epic blockbuster.

What could be the plot of Black Panther 2?

It’s still very premature time-wise, to talk about the plot details of the sequel. Nonetheless, there is still some speculation regarding the premise of the movie.

In the first movie, Chadwick’s T’Challa became the crowned ruler of Wakanda, after fighting and winning against Erik Killmonger and M’Baku. Rumours are going around that Wakanda could be under attack again in the sequel.

The attack could be from either Namor (Marvel’s version of Aquaman) or Princess Zanda. Namor was already hinted at in the Avengers: Endgame. Marvel is very interested in using Namor ever since they earned his rights in 2016.

We have insider sources telling us that Coogler really wants to explore T’Challa’s growth as a king, especially since his on-screen character his quite different than his comic alter-ego. Kevin Fiege, however, wants to go back into the past. And explore the previous kings of Wakanda and their history. He wants to explore the story of Bashenga, the first ruler of Wakanda.

Who will be Black Panther 2’s villain? Is Killmonger returning?

Erik Stevens, aka Killmonger, was a grey character. He was the antagonist. But still for the very first-time audiences were rooting for him. This was something new from Marvel audiences. Killmonger finally solved the problem of annoying villains of Marvel.

Although it is unlikely for him to return in the sequel, nothing is impossible in the world of Marvel. Despite it being too early to give out a statement, Fiege still hasn’t given out a definite no regarding the Killmonger scenario.

Who’s set to return for the cast of Black Panther 2?

Letitia Wright has expressed her interest to step in for her on-screen brother to make sure that the story is more comic book accurate. Martin Freeman who played CIA agent Everett Ross also showed his keen interest in returning for the sequel.

Michael B. Jordan was very vocal about the fact that he had to take therapy after playing Killmonger. But even he has said that he would love to return for another Black Panther movie.

Killmonger can even return in true form rather than just flashbacks. Killmonger had ingested the heart-shaped herb to gain the powers of the Black Panther. This resulted in him forming a spiritual connection with the Realm of the Bast.

There’s very little known about the Wakanda afterlife. But what’s known is that the spirits of T’challa’s ancestors live there and pass on the knowledge to the successors’ of the Black Panther‘s mantle.

Likewise, Killmonger’s spirit can now be a part of the same realm of Bast.

Grammy-award winning artist Kendrick Lamar is also eyeing a role in the sequel, ever since Jordan’s role influenced him.

Coogler has commenced outlining the story of the sequel. However, since there is no finished script. There is no set production date and hence no set trailer release date.

It’s better to not expect any footage at least until 2021.