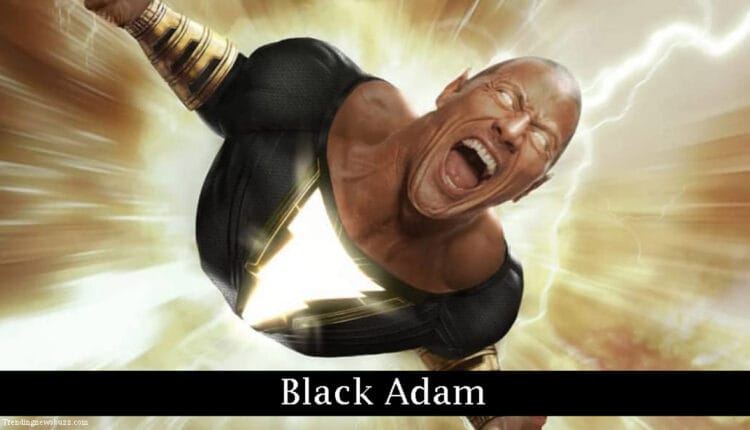 Dwayne Johnson’s Black Adam Movie has finally shown some positive signs after the release of its official trailer. In 2020, the actor has announced that the filming of the movie has already begun. It’s been quite a while ever since the movie was announced. There won’t be any day when the fans of Black Adam have not thought about the release of the film. Black Adam is one of the highly anticipated movies by DC comics and there have been huge speculations regarding the film.

Directed by Jaume Collet-Serra, who has also worked with the new Disney movie, Jungle Cruise, starring Dwayne Johnson. It’s been many years ever since the talks about this movie have been running around the internet. Everyone was excited to hear about the movie that is going to star the wrestling superhero, the villain who turned anti-hero.

The production and counseling for the movie have been running since the 2000s. After completing 2 decades, the movie has finally shown in the official trailer for the movie. It’s a relief for the fan who has kept hearing about the film and is now finally seeing how things are moving forward in a good direction.

So, what should you expect from the new DC movie? In this article, we’ll be going to hear more about the upcoming film which has already created a huge hype among the people. Here is everything you need to learn about it.

Black Adam Release Date: When is it going to Release? 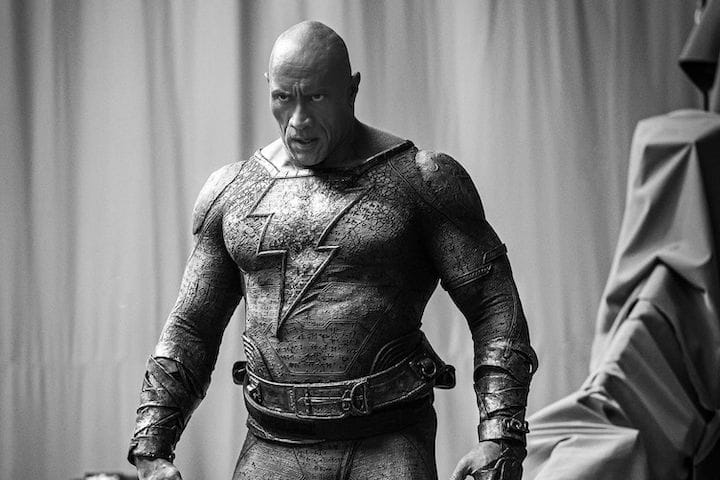 Are you waiting to hear the announcement of the Black Adam’s Release Date? The movie has been under production for many years. It has been reported that the 2000s was the year when they initially started to talk about the development and lateral went talking for 2 decades. The main idea behind the movie was to develop a character who is as powerful as Superman and will be the original champion of the wizard Shazam. But it has some of his uniqueness that differentiates him from the rest of DC’s characters.

As the reports were under production for many years and the fans were actually in contact with these things, there was no wonder that they were getting excited to witness one of the biggest releases. Coming to the 2022s, when DC officially confirmed the release of the movie. Black Adam is confirmed to release in theaters on October 21, 2022.

You may also like: Summering Review: A Movie To Make You Feel Nostalgic!

Though there have been many unsettled dates and there might be many people who are wondering about the Black Adam’s Release date. Initially, the movie was confirmed to release on December 22, 2021. However, the plans were disrupted by the global pandemic which ultimately postponed the dates for the future.

Then Black Adam’s release date was confirmed to fall on July 29, 2022, which also got changed because of some unknown reason. Now, the officials have scheduled a confirmed date and we are hoping that it won’t get changed further.

Black Adam Cast: Who is in it? 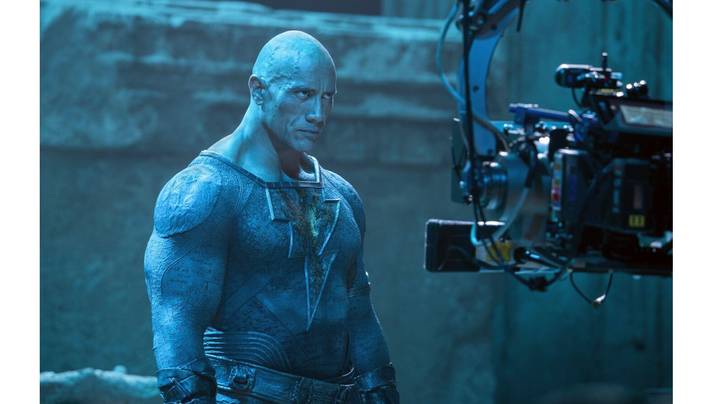 Black Adam will cast Dwayne Johnson as Black Adam, which is already obvious after all the news and talk around the world. The actor has already shared his excitement regarding this role on his Instagram account and we believe that things are already going pretty smooth for him.

You may also like: Top 10 Strangest DC Villains You Need To Know About!

Dwayne Johnson’s incredible role as Black Adam will remain legendary forever. There might be chances for DC to move further with the story if it gets a massive hit. Along with him, there will be more characters to look for. Fans are going to encounter Shahi as Adrianna Tomaz, a university professor and resistance fighter in Kahndaq. In the DC comics, Adriana becomes a superhero and marries Black Adam. Adam is an aggressive being, she is responsible to calm his anger and will eventually make him follow good things which ultimately make him a hero.

However, we have to see how the creators have molded the comic’s part and how much they wanted to adapt it. It’s often seen that the writers changed the story to an extent where the viewers find out new opportunities in the story.

Along with this, the movie is also going to feature Noah Centineo playing Atom Smasher, a member of the Justice Society of America. We already encountered this team in the comics where they are the group of powerful-multigenerational superheroes who are the predecessors of the Justice League. But the movie is not going to feature all the members of JSA, we are rather getting a few of them. Adam Copeland has already confirmed to feature back as The Flash in the film.

Moreover, Hodge will be coming as Hawkman, the leader of JSA. The character is the reincarnation of an Egyptian King and now he is an archeologist who can fly using his wings. The character has already appeared in other DC animation series, live-action and comics. There will be more members of JSA in the movie which includes Swindell as Cyclone, who has the power to control the wind and the water. She’s the granddaughter of the original Red Tornado. There was news that Cyclone’s character was displaced by Hawkgirl however, the character has been displaced by the movie and we have Cyclone

Pierce Brosnan will appear as Kent Nelson / Doctor Fate, the son of an archeologist. In the film, we might see some of his incredible magical powers which will lead him on the incredible journey that the other characters have.

As for now, there have been many speculations on what could happen and who will be coming back in the film. Things will get clear once we will watch the movie. One of the biggest things is how much the film is going to adapt from the film series.

Black Adam Plot: What it will be about? 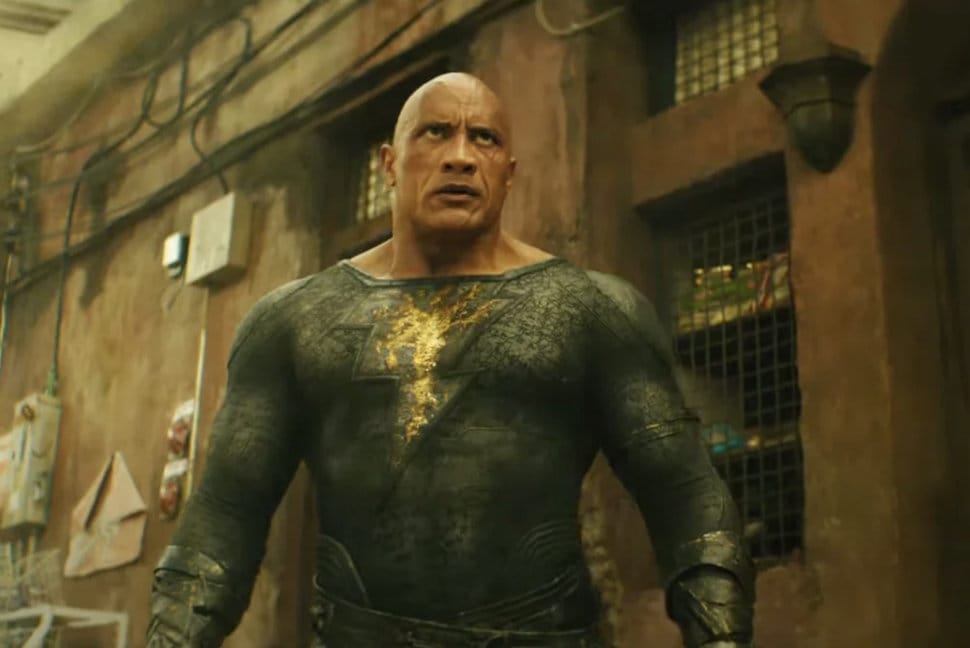 Adam was not all cruel from the start, he was rather a hero who used to protect everyone from danger, But once his family was killed, he went into darkness and unknowingly release the demons popularly known as the Seven deadly sins, Which you have already heard from the anime series, have you?

He was later sent to jail because of opening these demons for 5000 years. The film, Black Adam follows Adam’s journey after spending 5000 years in jail.

On the other hand, there is a huge possibility that Adam is going to establish his empire after being liberated from jail. Along with this, the story won’t be leaving with the ultimate villain to be in the film but what if the JSA members are there to oppose him, leading to the civil war? Well, there are huge possibilities for the series, to begin with, but things will get clear after we find out about it in the movie. For now, you can read the official synopsis and get to know about the film.

“From New Line Cinema, Dwayne Johnson stars in the action-adventure “Black Adam.” The first-ever feature film to explore the story of the DC Super Hero comes to the big screen under the direction of Jaume Collet-Serra (“Jungle Cruise”). Nearly 5,000 years after he was bestowed with the almighty powers of the ancient gods—and imprisoned just as quickly—Black Adam (Johnson) is freed from his earthly tomb, ready to unleash his unique form of justice on the modern world.”

Where is the Official Trailer for the movie?

The trailer has been dropped! Black Adam has universally released the official trailer for their upcoming movie and GOD!! It looks so fine. If by any chance you have missed the trailer then you can watch it here.

Black Adam is officially ready to hit the theaters, The most awaited movie is finally setting itself on the screen on October 21, 2022. Starring Dwayne Johnson as the main titular character, the film is already making a lot of hype among the people. Heroes don’t kill people but Adam is unlike the hero, he is more than that. Fans are eagerly waiting for the movie to drop on the screen so that they can take a look at it.

Like this article? Read more from our official website Trendingnewsbuzz and get all the latest updates about the recent happenings.