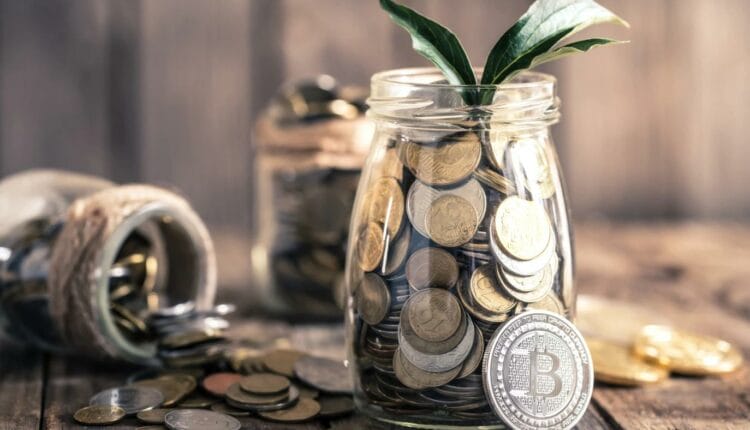 Bitcoin, Altcoins & Stablecoins – What Investors Should Know About Them?

The growing popularity of digital coins has triggered the development of thousands of new tokens. While they provide excellent investment opportunities, they also make traders nervous because their relatively new emergence makes it challenging to predict their evolution. Broadly there are two categories of digital currencies on the market: Bitcoin and Altcoins (however, altcoins include multiple types). Bitcoin dominates the market, as it’s the largest crypto by market cap. However, because the blockchain technology that supports the development of cryptocurrency matured, it led to the emergence of several alternative currencies to Bitcoin – Ethereum being the most well-known altcoin.

Even if Bitcoin dominates the market, altcoins compete for popularity and offer investors alternatives when they want to diversify their portfolios.

Bitcoin is the first cryptocurrency in the industry, invented by a pseudonymous developer or group under the name Satoshi Nakamoto. The creator’s identity remains unknown to the public to this day. Bitcoin was launched aiming to function as a universal digital currency people could use to exchange value without needing a third party. Satoshi Nakamoto considered the traditional financial system doomed to fail because it’s dependent on central banks and governments. They created Bitcoin as a peer-to-peer cryptocurrency with a limited supply that functions as an online public ledger everyone can use. Bitcoin offers a hedge against inflation and opens the internet economy worldwide.

Its innovative vision gained popularity and evolved into a trillion-dollar financial system that revolutionised an entire sector because it offers an alternative to governments and banks. A quick look at Binance will prove Bitcoin’s price is still the highest on the market. The best way to buy Bitcoin is through a reputable exchange platform that also offers information about price evolution, so make sure to consider this aspect if you intend to add the first digital token to your portfolio.

Altcoins were created as alternatives to Bitcoin and used as a benchmark because it was the first digital coin and has dominated the market since then. Because it was the first crypto introduced on the market, it has set a model for how projects should work. All cryptocurrencies rely on blockchain technology, but each has its unique characteristics, purpose, and way of operation. There are thousands of alternative crypto projects on the market, but only some have gained the public’s attention. The most popular altcoins are Ethereum, Shiba Inu, Dogecoin, Solana, Ripple, Cardano, and Litecoin.

Altcoin developers wanted to create different versions of the first token and bring on the market features they thought were missing from Bitcoin’s platform. For example, Ethereum was developed to allow users to send digital currency to one another and enable the creation of apps on the blockchain. Cardano also enables peer-to-peer transactions and facilitates app creation. However, it’s different from Ethereum because it adopts a research-intensive approach to developing outside the blockchain ecosystem.

Even if there are several altcoins available on the market, they don’t necessarily compete with Bitcoin because they are built on top of open-source blockchain technology and offer alternatives to the use of the traditional financial system.

Stablecoins are a special type of digital currencies that offer price stability and are pegged to fiat money like the euro, pound, dollar or rupees or exchange-traded commodities like precious metals. Investors use them because they provide privacy and security as they combine properties of fiat currency and digital money, and Tether and MakerDAO are the most popular stablecoins.

Some users view stablecoins as investments because they are tied to external assets, and traders can use them to store fiat currency and trade them for other digital or real-world assets. Stablecoins aren’t subjected to volatility, which is requisite for making a profit when trading digital currencies. Bitcoin and altcoins are highly volatile and often used in investors’ portfolios to book profit.

Why does Bitcoin influence the entire crypto market?

Those following the crypto market might have noticed that when Bitcoin’s price moves, so do altcoins’ values. Why does this happen? What makes Bitcoin so important in the market that all currencies follow its evolution?

Bitcoin was the first cryptocurrency

Being the pioneer in the crypto market has brought great popularity and allowed it to cement its reputation as a store of value. No wonder its value reached astronomical levels over the years. Whatever altcoin enthusiasts might say, Bitcoin was the project that put all the other tokens into the mainstream.

Some alternative coins are Bitcoin clones

Altcoins are supposed to bring characteristics Bitcoin lacks, but the direct result of its increasing value and popularity triggered a proliferation of clones. Several developers tried to create the next Bitcoin by copying its features. Litecoin was the first alternative currency to experience mainstream adoption, but it uses a copy of Bitcoin code aiming to become a faster version of the first token. Numerous other clones are present on the market, like Bitcoin diamond, bitcoin Gold, Bitcoin Cash, and many more.

Because they aim to become better versions of Bitcoin, they follow its lead and therefore have no significant impact on the market.

Bitcoin has the most secure network

Bitcoin relies on a proof-of-work protocol ensured by over 18 million miners participating in Bitcoin’s decentralised network. The high number of participants increased the network’s decentralisation and gifted the blockchain with flawless security.

Investors consider it as a reserve currency for digital coins

Because it’s the pioneer in the market, investors consider Bitcoin the reserve currency in the sector. Also, the majority of trading platforms don’t propose crypto to fiat because they experience regulatory and compliance issues. So, investors prefer to buy Bitcoin and then trade it for altcoins to make a profit. Also, experienced crypto traders don’t compare altcoins’ prices to fiat money but compare their value to Bitcoin.

Considering the above, it’s easy to understand why Bitcoin impacts the entire market and causes price movements.