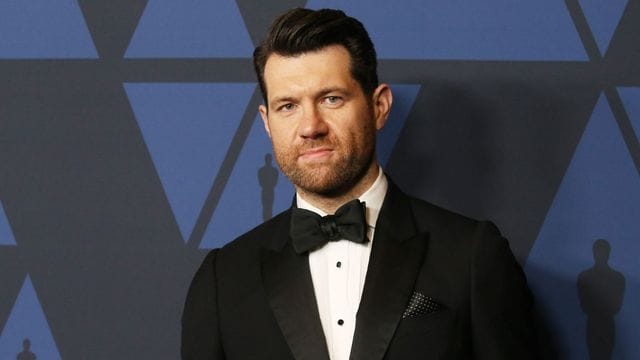 Billy Eichner and Anna Kendrick both are trolling on internet as they were dating. On 18th June, Saturday, on the street star Billy Eichner shared an article of a click bait article claims that he was in a relationship with pitch perfect actress Anna Kendrick.

Billy Eichner is 43 years old and Anna Kendrick 36 years old. Though it is very clear that, he is an openly a gay man. The duo has listed alongside real life couple  Rebel Wilson and her girlfriend Ramona Agruma alongside a photo of Eichner posing with Kendrick on a red carpet.

Eichner and Kendrick, along with actual couple Rebel Wilson and girlfriend Ramona Agruma, were among the “new celebrity relationships” making someone … somewhere feel better about 2021. 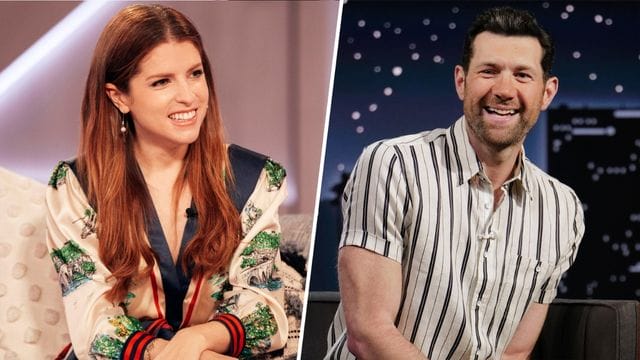 Admittedly, it was a rough year, but Eichner — whose new film Bros is the gayest rom com that’s not Fire Island of the summer — couldn’t help but raise a virtual eyebrow.

Controversy of The Couple –

On Instagram, Eichner fittingly captioned the post “Um,” given the fact that the “Billy on the Street” star is an openly gay man.

Kendrick played along with the joke in the comments, writing to Eichner, “Honestly… I was so into this dress and ponytail, I’m just glad this pic is getting some play. Also, love you baby.”

Billy has shared the screenshot on his Twitter as well with the same simple caption. In a thread, the actor added a tweet that read, “Hey @AnnaKendrick47 — cats out of the bag!!!”

“We can finally live our truth Billy!” Kendrick replied in her own tweet. “You’ve felt so pressured to seem like a gay man that you made #BrosMovie but you’re free now! Our love can flourish!”

Eichner continued to play along with the clickbait article, writing in another tweet, “Guys I know this is really bad timing with all the Bros stuff but…I’m straight.” 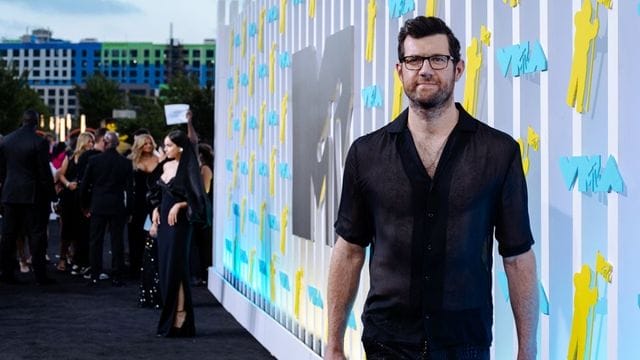 Eventually, Eichner took a moment to jokingly dispute the article’s reporting when he tweeted, “PROOF I’M STILL GAY” along with a link to the trailer of “Bros,” a upcoming gay romantic comedy which was written by and stars Eichner.

“Bros” will make history as the first gay romantic comedy premiered by a major studio and the first major studio film to feature an entirely LGBTQ principal cast when it releases on Sept. 30, 2022.

Billy spoke to TODAY on the red carpet at the MTV Movie & TV Awards about his forthcoming rom-com, which he said was “one of the best things that’s ever happened” to him.

“I really, really want to do a good job because I think I owe it to the LGBTQ community,” he said. “You know, we want to see ourselves reflected in an authentic way and I also wanted it to be really, really funny for everyone.”

The actor said that while he loved watching classic rom-coms growing up, there was rarely LGBTQ representation in the films, which made making “Bros” that much more important.

“So to make a movie like that, that felt smart and sophisticated and honest, but have it centered around a gay couple, I thought it was something that people would love and that the world needed,” he said.

The film’s official website shared a synopsis of the movie, describing it as “the first romantic comedy from a major studio about two gay men maybe, possibly, probably, stumbling towards love. Maybe. They’re both very busy.”

Later, the movie was as a “smart, swoony and heartfelt comedy about how hard it is to find another tolerable human being to go through life with.”

Who is Billy Eichner Dating Now?

Currently, Billy Eichner is single, according to the reports on internet.

He is an American Game Show Host and was born in New York City, New York, USA on September 18, 1978.

Billy is also a Creator and executive producer of the comedy game show Billy on the Street. This show has helped him to  earn a Daytime Emmy Award nomination for Outstanding Game Show Host. 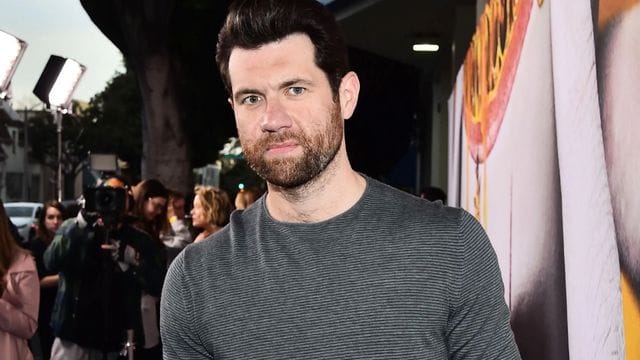 Ryan Murphy announced that Eichner would star in Season 7 of American Horror Story, in 2017.

What is the relationship status of Billy Eichner?

Billy Eichner  is not dating anyone as of Septmber 2022. As of now he is 43 years old. According to the reports of CelebsCouples, Billy Eichner had at least several relationship in the past. But it is unknown and  He has not been previously engaged.

What Are the Past Relationships of Billy Eichner?

Unlike most other celebrities, Billy Eichner always likes to keep his personal and love life private. So stay tuned with us often. We will surely update this page with new dating news and rumors regarding Billy Eichner.

Who Are Billy Eichner Boyfriends?

Billy had at least several relationship in his life as now because he is 43 years old now. Therefore staying single till date is not that easy though. As per reports Billy Eichner has not been engaged in his past life. Currently, We are in process of looking up more information on the previous dates and hook-ups of Billy.

rumors of Billy Eichners’s dating which are airing online may vary. While it’s relatively simple to find out who’s dating Billy Eichner. It is harder to keep track of all his flings, hookups and breakups. It’s even harder to keep every celebrity dating page and relationship timeline up to date. If you see any information about Billy Eichner is dated, please let us know.

What is the Biography of Billy Eichner?

Eichner is an American comedian, actor, writer, and television popular personality. Billy is the star, executive producer and creator of Funny Or Die’s Billy on the Street. It is a comedy game show and the show airs on truTV.

Along with this, Billy was nominated for a Daytime Emmy Award for “Outstanding Game Show Host” in 2013. He is also well known for playing Craig Middlebrooks on the sitcom Parks and Recreation.

Billy Eichner has made a name for himself as the host and writer of Creation Nation: A Live Talk Show.