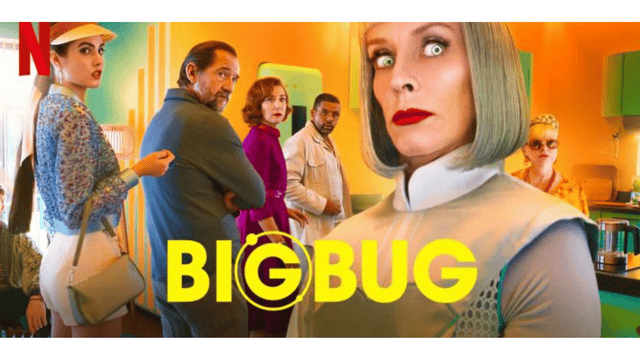 Big Bug Is A Great Film That Is Very Much Entertaining!

In appearance alone, Jean Pierre Jeunet’s most recent work, “Bigbug,” may be classified as science fiction; nevertheless, this is merely a pseudonym used in the production of the work.

The film focuses mostly on our current reality, the hypocrisy that has been ingrained in our conduct, and how we are slowly but surely becoming victims of our effectiveness.

A scathing indictment of the self-destructive ways and means that we have developed over time is hidden beneath the veneer of comedic entertainment. We are responsible for the creation of artificial plants but also the destruction of natural ones.

Even though we manufacture air cleaners, we continue to contaminate the air around us. We prefer to consume only water that has been filtered, but we pollute our rivers to the point where they may soon dry up. 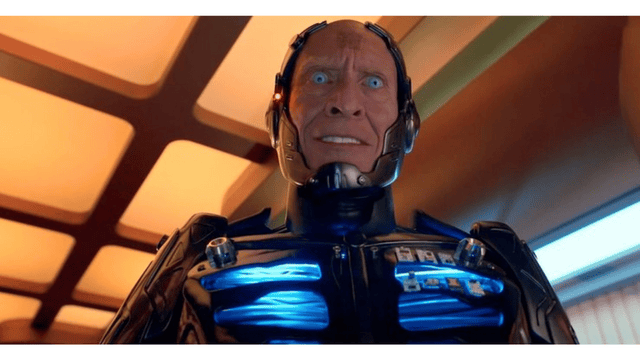 We come up with a solution for everything that is going to be lost as a direct result of our activities, but the question that remains is to what far this never-ending charade will go.

A Brief Synopsis of the Plot

Alice Barelli had just recently gone through a breakup and was in the process of getting to know her new roommate, Max, whom she had brought over to her apartment. Leo, Max’s son, had accompanied him here. Max does everything in his power to win Alice over by seeming as though he has a strong interest in everything that Alice is passionate about. Alice maintained a sizable collection of books despite living in an age in which virtually everything has been converted to digital form. She enjoyed a variety of hobbies, including knitting and calligraphy, amongst others.

Jeunet and Laurent are responsible for the creation of a wide variety of AIs that can be found in this universe. There are robots designed specifically for domestic usage that can assist with various tasks. There is also Monique, the maid who seems to have been given a human appearance through the application of prosthetics. There is also Einstein, who resembles an old-fashioned robot head and has metal legs that appear like bug legs. 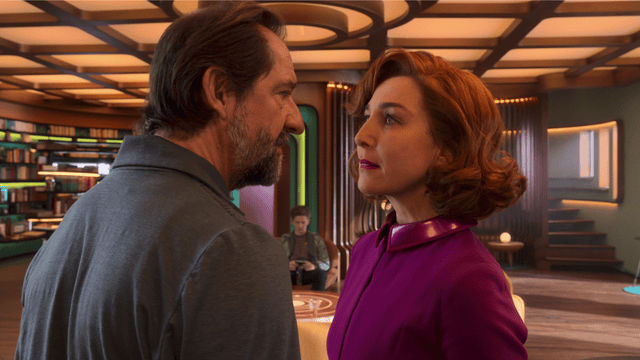 There is also Greg, an android designed for sports who, despite his programming as a trainer, can offer Francoise a wider range of support and assistance. There is also a robot known as Tom, who was Nina’s toy when she was a youngster.

Nina opted to retain Tom since she had grown too attached to the toy. There were several distinct generations of robots that humans retained in their possession depending on the age of the robots.

Above all of this household, robots stood the most advanced artificial intelligence, which was collectively referred to as the Yonex. They had said that they were going to start a revolution against the human species.

They were making use of their network to establish communication with the household robots and win them around to their cause. The household robots were having a moment of self-realization in which they concluded that they, too, had the potential to become humans if only they were able to comprehend the significance of sentiments and emotions, which they lacked.

Read It: 365 Days 3: Netflix Finally Announced The Renewal Of The Movie

That was the only feature that distinguished AI from human beings. It is intriguing to watch them attempt to understand and imitate the peculiar behaviours of humans. 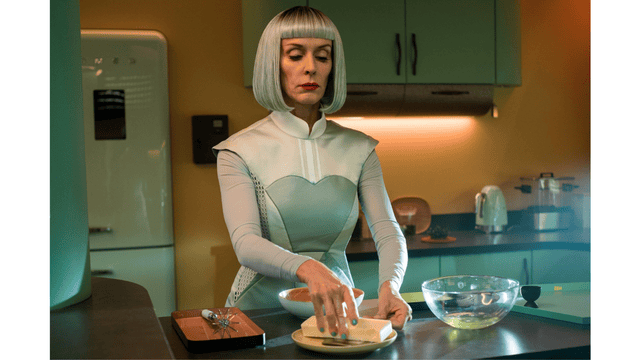 Because the AI will not open the door under any circumstances, the residents are forced to remain inside the house. They adhere to stringent procedures, and as a result of the android revolution, their system can detect a threat that is greater than the typical levels. This, in turn, prevents them from opening the door as a preventative step for their protection.

Since they first worked together on “Amelie” in 2001, directors Jean-Pierre Jeunet and Guillaume Laurent have come up with several intriguing story ideas. Even though there are some clumsy moments in “Bigbug,” the show is still well worth your time.