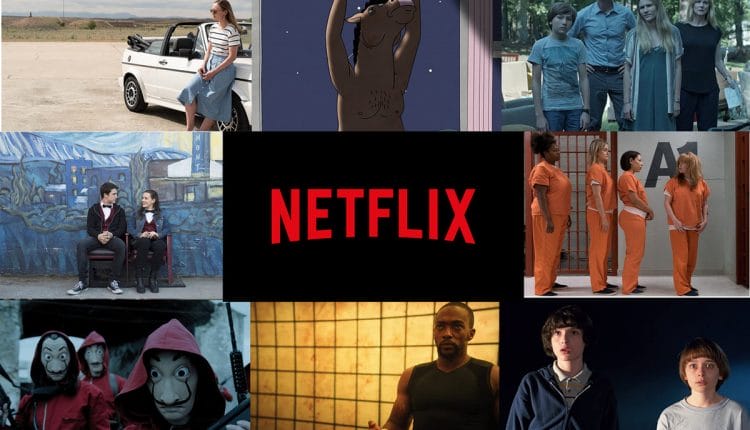 Live TV is slowly but surely becoming dominated by Netflix as well as other streaming services however, that doesn’t mean you still can’t catch your favourite shows through live TV. Some of the best series are displayed through aerial TV and although there is a wider choice on Netflix, there is nothing wrong with sticking to a classic TV viewing, and it’s free! Click here for TV aerial installments.

Now back to Netflix, founded over 24 years ago, initially as a DVD rental service, Netflix streaming services began internationalisation in 2010, meaning that those from all across the globe had access to the entertainment platform. Around 2016 is when we truly saw the rise of Netflix, as households began to subscribe to the service and popularity began to increase drastically, specifically within the UK. Fast forward to 2020, the beginning of the Coronavirus Pandemic, Netflix receives just under 16 million new viewers due to the stay-at-home scheme. With all this taken into consideration, it is no surprise as to why Netflix has managed to produce its originals with over 1,500 original titles. Let’s dive into the best series they have produced.

Based in South Korea, this Netflix original gives off the same type of theme as the popular Hunger Games trilogy, as contestants play their way towards survival. The plot focuses on over 450 individuals who all appear to be indebted as they compete in a series of deadly games for a large cash prize. The contestants do not appear to be aware of the consequences and threats of the game and many quit after being given the opportunity. However, after opting out, they realise that the deadly games and low rate of survival would be a much easier choice than facing an empty and impoverished reality. The show, still wildly popular, is on track to becoming the most popular series to ever appear on Netflix.

Tiger king can be described as one of Netflix’s most popularly funny yet disturbing documentaries, so popular in fact that over a year and a half later Netflix has decided to launch a second season focusing on the infamous Joe Exotic. Considered as one of the best Netflix original series, specifically due to the time of release, at the start of the pandemic, the show focuses on the G.W Zoo in Oklahoma and their use of big cats to obtain money. There is a deeper message to the series as the audience becomes fixated on taking a closer look into the big cat trade and animal abuse through his opponent who continuously exposes him, Carol Baskin. Joe Exotic, his team, and their extremely weird and questionable ways can still be caught on Netflix and are sure to provide you with some laughs and questions.

Orange Is the New Black (OITNB)

As one of the first Netflix Original series, established in 2013, OITNB, focuses on Piper Chapman, a female living a normal life until a previous crime creeps up on her and lands her 15 months in a women’s prison. OITNB went on to win several awards and was praised for the diversity of characters between the group of seven inmates, and its commitments to exploring women’s issues throughout the show. The humour throughout the show is described as first class and is displayed through seven spectacular seasons.

Revealing the dangers of the modern-day dating world, one of the best Netflix original series, You, focuses on Joe, a book shop manager who seems quiet and pleasant looking, until viewers realise that they have the wrong perception of him. He meets a young female, Beck in the bookshop, who he quickly takes a clear interest in and begins to become infatuated and obsessive. The thriller displays joe using the power of technology to stalk Beck as he tries to turn himself into her perfect man. The show extends into a further two series focusing on Joe meeting a new woman and the state of affairs turning disorderly once again.

This series encapsulates the life of Alex, a young mother who decides to escape the reality of abuse and ill-treatment from her alcoholic ex-boyfriend. Once she escapes, the show delves into the struggles she faces as a single mother with not a penny to her name, which results in her cleaning homes and being stuck in a cycle of bureaucracy to ensure that she can provide a better life for her daughter. The show captures the brutal reality of life in the US when you have nothing and are fighting to get by and survive.

Premiering in 2016, Stranger Things has become a hit amongst all age groups over 14 as a small town begins to uncover secrets about a mystery lab after the vanishing of a young boy. The series’ specialty is that it does not only cover one genre, but covers a few including sci-fi, horror, drama, and thrill. That is why we believe it can be classed as one of the best Netflix original series by many who watch. The show stars the very popular Millie Bobbie Brown, who quickly rose to fame throughout the series, receiving an Emmy award nomination as well as making the list for the 100 most influential people in the world, and being the youngest individual on it.