Paul Walker is one of the finest and beloved actors of our time. After hearing his tragic and untimely death in 2013, all the fans got very upset and sad. He is famous for his role in The Fast and the Furious franchise as Brian O’Conner. There are many other movies in which he acted and got famous. These movies are worth mentioning.

Paul Walker was a very versatile actor who has performed in every genre, from drama to comedy. We wish we could see him in many other films before his demise. He made us laugh and cry. Here we are mentioning the top ten performances of Paul Walker.

John Stockwell is the director of the American action-thriller film that got released on 30th September 2005 in the United States.

Paul Walker played the role of a diver Jared who resides with his girlfriend in the Bahamas. His goal is to search for a sunken pirate or merchant ship filled with treasures. He finds the treasure but has to pay something in exchange for it. He involuntarily gets trapped in finding the treasure that costs more than expected. He enters a world of hurt and crime, from seeing the death of a friend to run-ins with the drug lords. Finding the treasure appears to be the deadliest game ever.

Flags of Our Fathers

Clint Eastwood is the director of the American war film that got released on 20th October 2006.

The film covers the battle of 1945 of Iwo Jima. A young man is all set to take the interview of his father’s old fellow soldiers who raised the flag at The Battle of Iwo Jima that was fought during World War II. Walker played the role of Sergeant Hank Hansen, who was in the group of first flag raisers. But he wound up misidentified as Harlon Block. 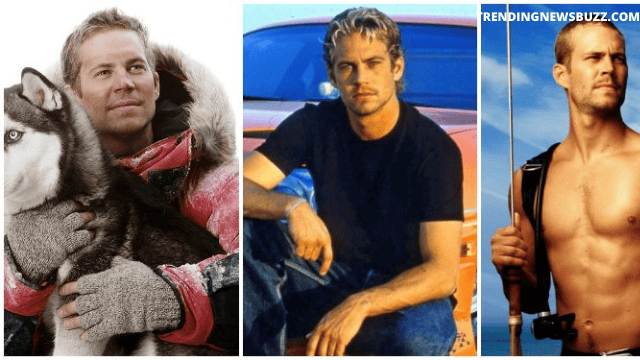 John Patrick Glenn is the director of the American drama or thriller film that got released on 21st October 2008.

This movie is by far the best thriller film of Paul Walker. If you are searching to see Walker in a thrilling role, then you need to watch it. He is playing the role of Ben Garvey, who is a reformed criminal. He enters into jail again, but this time with a death sentence. He was in jail after a wrong heist that lead to the death of his brother and two others. He receives a lethal injection after saying goodbye to his wife and daughter. He soon finds himself working in a psychiatric hospital.

Paul acted like a bad guy in the 1990s film. He challenges his friend Zack to turn a random girl of the school into a Prom Queen in six weeks. Dean, aka Walker, chooses Laney for Zack’s challenge. When Zack and Laney start coming close to each other, Dean informs Laney about the bet, which leads to conflict between them.

Tammy And The T-Rex

Stewart Raffill is the director of the American science fiction horror comedy film. It got released on 21st December 1994 in the United States.

Paul Walker is playing the role of Michael in this movie. Tammy and Michael are the ideal high school couple. However, they get separated due to jealousy of Tammy’s ex. Michael gets hurt by a lion and is declared dead by a doctor. The doctor then uses his brain in an experiment and transplants it into a robotic Tyrannosaurus. Michael then creates a mess to take revenge. 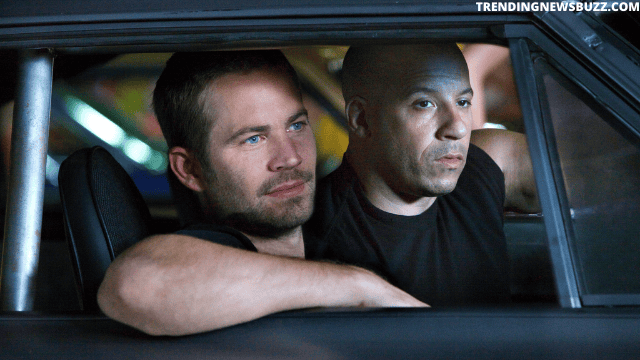 John Dahl is the director of the American horror-thriller film that got released on 5th October 2001 in the United States.

Walker is playing the role of Lewis Thomas, who experiences his worst road trip in the movie. He is all set to drive back to his home and decides to pick up his childhood friends and crush on the way. Lewis, Venna, and Fuller decided to take a cross-country road trip. They prank a psychotic trucker on their way using a CB radio, but the trucker starts stalking them all their way, making their trip the worst one.

Frank Marshall is the director of the American survival drama film. It got released on 17th February 2006 in the United States.

Paul Walker is playing the role of Jerry Shephard, who is forced to leave the base in the Antarctic, leaving his sledge dogs. He was forced to leave him due to the arrival of a deadly snowstorm. However, he tries his best to rescue his canine friends that were left behind in every way.

The Fast And The Furious

Rob Cohen is the director of the action film that got released on 22nd June 2001.

The Fast and The Furious is one of the most loving franchises that is still running successfully. Paul Walker played the character of Brian O’Conner. He is an undercover LAPD cop whose goal is to find a crew of hijackers. The hijackers are connected to the street racing world. However, he becomes friends with Dom and the crew and even falls in love with Dom’s sister.

Eric Heisserer is the director of the thriller film that got released on 13th December 2013.

Paul Walker is playing the role of Nolan Hayes, who is a new father and struggles for the survival of his daughter. His wife dies while giving birth to her daughter. After the evacuation of all the doctors and nurses, Nolan has his device to keep his daughter alive on a ventilator.

James Wan is the director of the seventh part of The Fast And The Furious franchise. It got released on 3rd April 2015.

This was the last film of Paul Walker as Brian O’Conner. It was a good way to say goodbye to Walker.

For fans, these movies are a treat to watch Paul Walker in different roles. If you have missed any one of them, then you should watch it.

Paul Walker will be loved by everyone forever.

Grand Army Season 1: Where It Will Be Streaming?