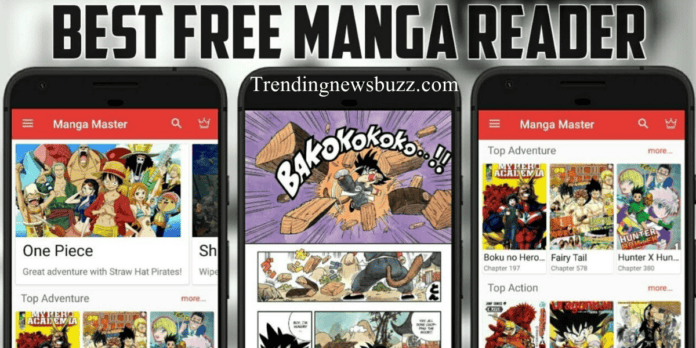 After a decade, I once again picked up the latest Manga to kill some time during the lockdown. And I did discover some amazing Manga series. However, I never thought I would have such a hard time finding a decent Android app.

After going on a wild witch hunt, I found these 3 apps competing at the top.

Shonen Jump is a well-known name in the Manga world. 2 years back in 2018, Shonen Jump released its digital platform for Android and iOS smartphone users.

Today in 2020, it has become your official and trusted source of all the latest Manga coming straight out of Japan. Shonen Jump’s digital platform congress with both freemium and premium versions. The free version of the app lets you:

That’s all its premium features. Now coming to the pricing, you can unlock all this at the fixed pricing of $1.99/month. However, if you’re unsure of how the premium service will be, the app lets you opt for a 7-day free trial. If you like the service, you can purchase its monthly subscription.

In the end, the only thing I’ve to say is, shonen jump is one of the best manga readers to start with.

Initially released as an exclusive Manga Streaming Platform, Crunchyroll expanded its wings by launching a Manga reader and a smartphone app.

The Crunchyroll Manga app lets you access unlimited chapters from all across the Manga genres. On top of this, the app provides instant access to the hottest Manga released in Japan. The Crunchyroll as lets you read many classic Manga series including fairy tail, space brothers, and attack on Titan with these premium features:

Now comes the question – “Should you buy the Crunchyroll Manga app subscription?” Honestly speaking, the deal isn’t worth the money.

Even though Crunchyroll is a renowned name in the Anime world, it lacks way behind its Manga competitor. Crunchyroll Manga app does offer a large library of Manga series but because of bad user experience, it isn’t worth your time and money.

Last but not least is Manga Geek in this list. Unlike the other two spots in this list, the Manga geek app is exclusive to Android users.

It’s a free app that lets you read your favorite Manga and manhua online. All you need is a working intent connection.

When you first install this app, it asks you to choose your preferred Manga source in English, French and Spanish language. These are the 4 available English sources:

Agree to the legal disclaimer and you can continue using the app with either of the sources.

As it’s a completely free app, you get to see banner ads on the display. If you wish to remove these ads, you can do this by joining its premium plan.

The premium plan starts from $1/month to $9.50 for a year. However, instead of the yearly plan, I recommend you to purchase its lifetime membership at $9.50. Once purchased, there’s no need for you to spend another buck on the app.

Even compared with the other 2 apps on the list, Manga geek is the cheapest option to read your favorite Manga. However, because of copyright, you might face trouble experiencing Manga in certain regions of the world.

That’s all for now. These are the 3 best manga reader Sites and Apps to begin reading your favorite manga in 2021.

If you’ve used any of these platforms to read your favorite manga, do share your experience with them in the comments section given below. Your (Good or Bad) experience will help others in getting a better decision.