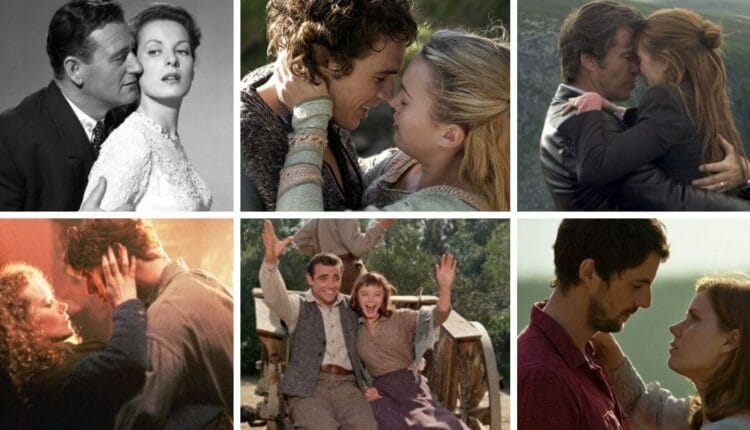 As St. Patrick’s Day is already coming up and so are the other days. As the holidays are approaching and we already know a lot of people are excited to watch some of the best Irish movies at their homes. Irish Movies have always brought a lot of fun and thrillers to the cinema. The Entertainment world has all kinds of movies to fit the requirements of the audience.

We have come a long way and a lot of celebrities become our absolute favorites in the journey. In this article, we’ll be sharing some of the most incredible Irish Movies of all time. If you are interested to learn about them, continue reading the article till the end. 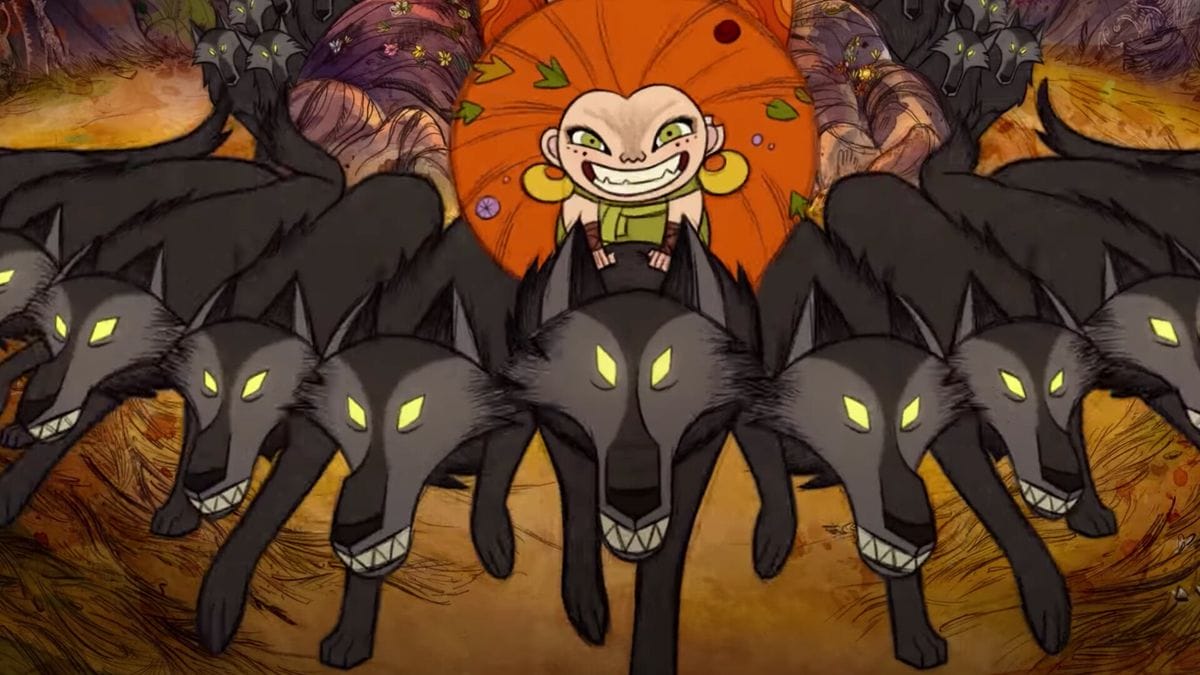 The movie follows the story of wolves and their encounters. While the whole world thinks of Wolves as wild animals who can make anyone shiver with their monstrous body and physiques, the same perception was made by a young hunter Robyn. He came to Ireland to wipe out all the remaining Wolves. The journey is followed by her father. However, when a wolf saved her life in the later story, she generated a soft heart and started to rethink her decision. The computer-animated movie has everything for people to enjoy. The fun-emotional film was released in 2020 and instantly became popular among the people.

Both audiences and critics appreciated the film for its emotional theme. The official synopsis of the movie reads, “In a time of superstition and magic, when wolves are seen as demonic and nature an evil to be tamed, a young apprentice hunter, Robyn, comes to Ireland with her father to wipe out the last pack. But when Robyn saves a wild native girl, Mesh, their friendship leads her to discover the world of the Wolfwalers and transform her into the very thing her father is tasked to destroy.”

In the Name of the Father

With an amazing narrative and is emotionally challenging for the people as they see the mistreatment of the main cast that he goes through over the time of 15 years to prove his innocence. The movie features the story of a father-and-son duo who gets arrested by the cops for a bombing case.

As the movie goes through. We come to find that these people try hard to prove their innocence to the judiciary. In the name of the Father is one of the greatest Irish movies of all time. The film was released in 1993, and audiences appreciated the film for its greatness. As the film continues to inspire thousands of people for its greatness and compelling plot, the audience still admires the movie.

You may also like: Miley Cyrus Movies: Take A Look At The Best Movies of Miley Cyrus’s Career

In the Name of the Father was nominated for 7 Academy Awards, including Best Picture and Best Actor. If you want to watch some different and explore classical Irish movies then we would 100% recommend this film to you. Let’s make one for lovers of horror films. There is no doubt that Horror is one of the beloved themes for the audience to look for and ‘The Hole in the Ground’ suppressed one of the massive popularity by the audience.

It features the story of Sarah, who got separated from her husband and decided to settle in a house in the middle of the forest, with her only son Christopher. Well, let me tell you, Sarah, this isn’t what you do after getting divorced from your husband.

Directed by Lee Cronin, the film gets positive reviews from fans. So if you are a fan of horror movies, you should check it out.

Premiered on 8 February 2009 at the 59th Berlin International Film Festival, The Secret of Kells is one of the popular animated movies for the audience. The film is one of the parts of the trilogy which has unfortunately not released its other parts. Although, this film is one of the smash hits in the theatre and even garnered the opportunity to be nominated for Best Animated Feature Film Academy Award. The film has huge emotions and feelings for the people to look for.

You may also like: Is Into the Woods Movie Worth to Watch? What Was the Budget of the Movie?

It is one of those animated films that will raise certain questions in your mind. As the film continues we see how the movie features some unexpected themes for people to go for. As of now, the movie has already been loved and appreciated by the people. If you’re looking for a great animated film to look at with your kids during the holidays, The Secret of Kells will serve as a great opportunity to do so. 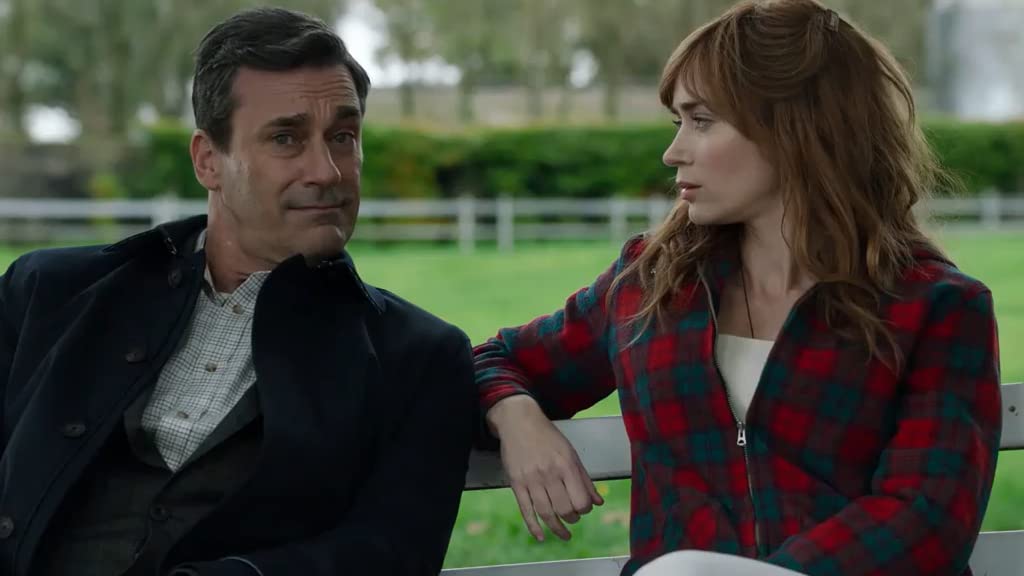 To the people who are missing their homeland, this one is for you. The Wild Mountain Thyme is an Irish countryside film that will make you mesmerized with its beauty and visuals. The display of the film is enough for the people to attract. Starring  Northern Irish actors Jamie Dornan and Emily Blunt in the film, the film has everything that one should ask for. The Cast of the Romantic film is one of the greatest actors of all time who don’t need an introduction at all. The movie is funny, light, and romantic with a lot of great dialogue and access to go for.

The movie follows the story of Rosemary falling head over heels in love with her neighbor, Anthony. However, at the same time, her neighbor has problems to deal with. As the story continues, we see how rosemary deals with him and his problems. The movie centers will they or won’t they throughout the end and bring a lot of movements to cherish. If you are someone who admires Romantic films then this must be on your list.

Inspired by the 1987 novel book that shares the same name, the Commitment is a musical film that centers around the Irish band. As the film continues we see all the challenges these bands go through to achieve the great height of success.

You may also like: Have a Look at 15+ Thriller Old Horror Movies That Will Give You Goosebumps!

One person wrote, “A very enjoyable film I first saw after arriving at my local Blockbuster video store about 25 years ago. Great music and acting. I loved the music so much that I added the soundtrack to my music collection. It contains my all-time favorite version of Mustang Sally.  I do recall being disappointed by the ending but only because I wanted them to have that successful big breakout show. Planning on seeing this again soon just to see if my tastes have changed in 25 years.” Will Mary be able to find the love of her life? After being released from Prison, Mary got a chance to be the Maid of Honor of her best friend. However, the bride told her that she won’t be able to find a date in time and Mary decided to take this as a challenge. Will she be able to get success in her task? Well, ‘A Date for Mad Mary’ features the story of her life after getting out of prison.

Both the audience and the critics appreciated the film for its unique plot and huge popularity. The movie already got huge recognition from the fans and already managed to get an Irish Film and Television Award for Best Irish Film of 2016.

Gleason is here with his amazing acting performance which feels so human. The crime movie features investigation and takes through the comedy and crime life. The film has already garnered huge appreciation from the fans. One person wrote, “There is something about this movie’s brilliance which I cannot wrap my head around. The simple storyline combined with amazing acting brings the story alive, with real emotions and hidden thoughts. Gleeson skillfully puts out there a real man, with real aspirations, regrets, adventures, failures, and still hides behind the corrupt cop uniform almost entirely taking us to the other direction of thought.”

Like this article? Read more from our official website Trending News Buzz and get all the latest updates about upcoming events. Share this with your friends who love Irish movies and introduce them to some amazing movies.