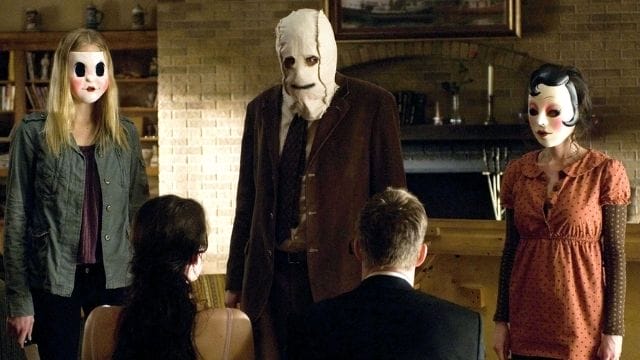 We can’t explain why we love being scared, but one thing is for sure, there’s nothing better than sitting down to watch a good old horror movie. Throughout the years there have been countless classics that have been scaring just as though we are watching them for the first time. Although, there’s nothing worse than wasting your time on a horror film that turns out not to be as scary as you anticipated. To save you the disappointment we have compiled a list of horror films that are sure to have you shaking in your boots from start to finish! Here are the best horror movies to watch now! Keep in mind, there isn’t a more immersive way to enjoy a horror film than on a large TV screen, click here for TV wall mounting services.

We have all heard the story of Stephen King’s killer clown “IT”. The movie only got a whole lot scarier when it was remade in 2017. The movie is all about a horrifying shape-shifting monster who comes out of hiding every 27 years to prey on the fear of children, who usually takes the form of Pennywise the clown. Seven bullied children calling themselves “The Losers Club” decide to face their worst fears and put a stop to the evil clown. Some of the best parts of “IT” are sure to be credited to the highly impressive visual effects that sell the terrifying nature of the movie. Throughout the film, the monster’s ability to shift reality into someone’s worst fear makes for some of the scariest scenes in the genre we have seen yet.

The movie clown follows a less known, but equally terrifying killer clown. This spine-chilling film follows the story of Kent McCoy (Andy Powers) who tries on a clown costume for his son’s birthday party. This innocent decision with good intentions turns out to be the worst mistake he could ever make. When the costume won’t give off it soon becomes apparent that Kent is wearing the skin and hair of an ancient demon. The film can be very violent at times, so we recommend that you don’t watch this film if you’ve got a weak stomach! Overall, the movie feels like your traditional horror yet still feels fresh which is why it’s one of the best horror movies to watch now!

For a movie with a $15,000 budget, Paranormal Activity is without a doubt one of the best horror movies to watch now! When San Diego couple Katie and Micah notice things such as strange screams and slamming doors in their house, Katie realises she’s dealing with the same paranormal activity that’s haunted her since childhood. They decide to set up cameras in an attempt to catch any ghostly activity on camera. Paranormal Activity was praised highly by viewers and critics alike after using its burden of a low budget to its advantage. The unnerving movie uses a “found footage” style of filming to make the movie seem believable. The eerie feeling that “Paranormal Activity” gives you with its unusual style of filming and realistic feel is totally unmatched, it really feels like you’re watching real footage!

When Renai and Josh’s son mysteriously falls into a coma after moving into their new home, they begin to realise some things are not quite right. Upon suspecting that their house is haunted after a turn of disturbing abnormal events, they decide to move out. When these events continue in the new house, they decide to seek help from a psychic who gives them the chilling news that their son is not in fact in a coma, but evil spirits are using his body to enter the physical world. This terrifying movie was an instant classic from the day it was released in 2010. A lot of scenes in this movie almost seem like you’re watching a real-life nightmare. It’s sure to be one of the best horror movies to watch now!

This film starring Brad Pitt is a must-watch if you are a fan of zombie films! After the world is turned upside down due to a mysterious virus that turns people into flesh-eating monsters, Gerry Lane (Brad Pitt), a former United Nations investigator travels the world for ways to put a stop to the zombie pandemic. On his mission to secure his family’s safety and save humanity, Gerry comes closer and closer figuring out a solution to put an end to World War Z. This film is filled with just as much action as it has horror which Is what makes it so great, it’s no surprise that it’s the highest-grossing zombie movie ever made! If you haven’t already seen the movie then we highly recommend you give it a watch.

Belle Delphine Net Worth : What Is Their Net Worth?